Sunny Spring Break Destinations for Travelers on a Budget

Articles
Lori Zaino is a writer for TPG and TPG UK covering travel, news, points and miles and more. She's been based in Madrid, Spain almost 15 years and is an expert in travel throughout destinations such as Europe, Southeast Asia and Africa.
Follow
Feb. 19, 2018
•
9 min read 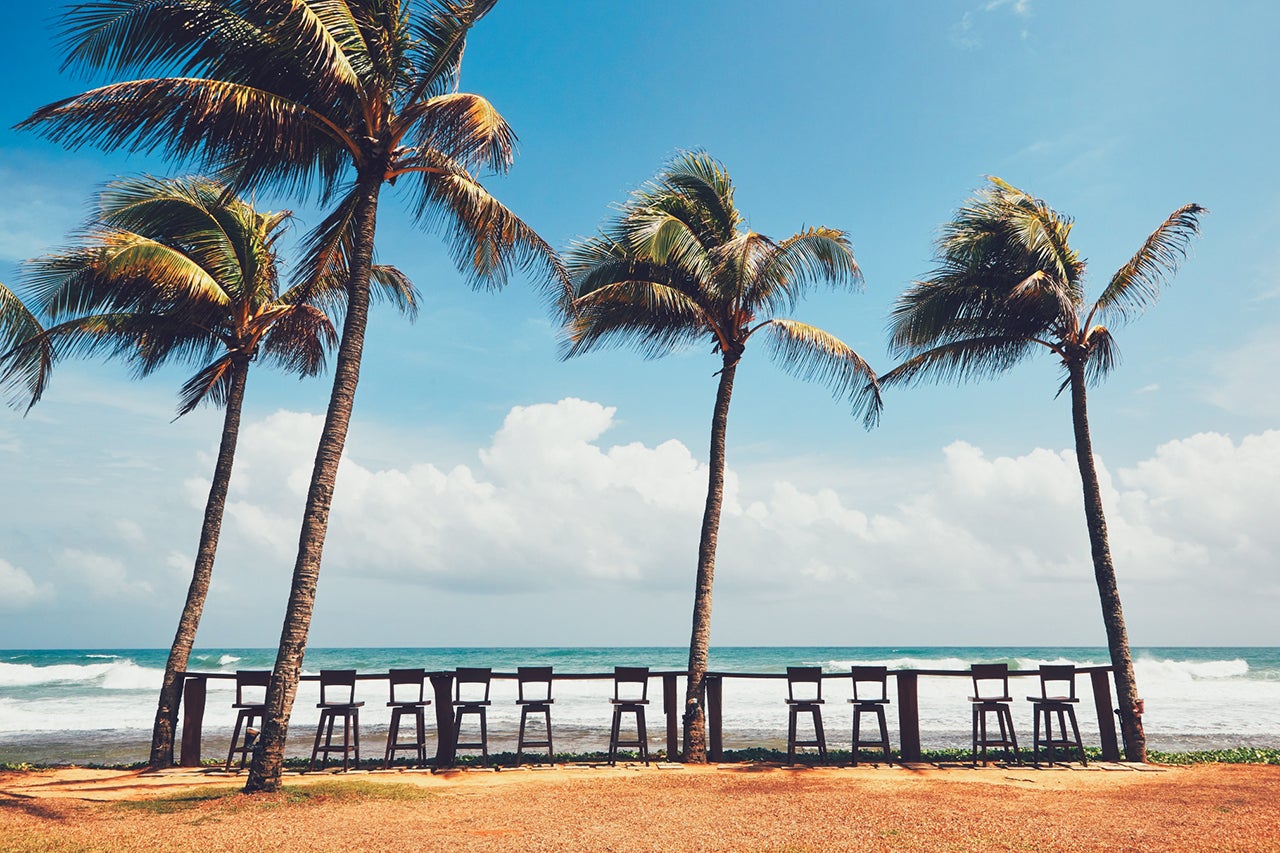 Tired of the dreary winter? It's not too late to escape the cold and snow for a sunny spring break — even if you're on a budget. Here's the TPG hotlist of sun-filled destinations where your money will stretch just a little bit further. Whether they're cheap to get to, affordable once you arrive or include a secret travel hack to save you money, these spots will ensure you get that tan without overspending.

It's a bit of a trek from the US, but once you're there, you can enjoy long stretches of sandy beaches, cultural sites and wildlife safaris, staying for as little as the backpacker price of $15 per night. Even luxury resorts with all the bells and whistles won't cost you much more than a couple hundred per night. Once you fly into Colombo (CMB), you can head south to the more popular tourist areas of Galle, Mirissa and Tangalle, or if you're really on a budget, head to the east side of the island to surf and relax.

Arugam Bay is the spot for surfers on a budget. You can even arrange to snorkel and dive with sharks in Basses Reefs. From there, you can also hop over to nearby Kumana National Park, where a day safari will take you around to spot elephants, leopards and close to 255 different species of birds in the wild. If you're into unique accommodation, there are several treehouses and glamping options around Ella and Kandy. Plus, the train ride between the two cities is said to be one of the most beautiful in the world — and tickets are only a few dollars! Book your trip in second class, because it's nicer than third but still sans A/C, meaning you can hang out the windows and enjoy the scenery more.

This seven-island archipelago belonging to Spain but off the coast of North Africa is an easy fix of sunshine, especially if you've already snagged one of those winter airfare deals to Spain we've been posting all fall and winter long. Once in Madrid (MAD) or Barcelona (BCN), you can take a cheap Ryanair flight to Gran Canaria (LPA), Fuerteventura (FUE), Tenerife (TFS) or Lanzarote (ACE), which are the largest and most popular of the islands.

Fuerteventura is ideal for surfers, and you'll get a taste of both beach and culture in Lanzarote, where you can wine taste and check out some of artist and architect Cesar Manrique's work. Tenerife has epic black-sand beaches, and you can hike the famous Teide volcano. Gran Canaria has several national parks and miles of sandy white beaches, and you'll love strolling around the historical city center of the island's capital, Las Palmas. Airbnbs and hotels are relatively cheap, especially in February, March and April, as the islands see the most tourism during summer and over the Christmas holidays.

I know it sounds like we're on repeat here, but Puerto Rico is ready and waiting for you. It's close to the US, there's a variety of flights that will get you there (and especially on the cheap via JetBlue), and you don't even need your passport (which will soon cost you more).

Although not all parts of the island are cheap, you'll save money in San Juan if you plan to use points and miles, because there are many hotels you can choose from there, like the DoubleTree by Hilton Hotel San Juan, AC Hotel San Juan Condado, San Juan Marriott Resort & Stellaris Casino and the InterContinental San Juan. Plus, you'll be helping the territory recover. Puerto Rico still needs tourist dollars to get the economy back to where it was before the hurricane.

JetBlue and Spirit offer flights from the US to Colombia for as low as a couple hundred dollars round-trip, or roughly the same price it might cost you to fly from Cincinnati (CVG) to Philadelphia (PHL).

Salsa lovers should head to Medellín, an up-and-coming city currently doing a great job of shaking off its turbulent past and becoming a sought-after destination. Bogotá is for dining and culture — you can chow down on a three-course lunch for under $5 at many cool cafes. Cartagena, though more touristy, is the place to be for colorful history and white-sand beaches, as you're just a boat ride away from many exotic islands, some of which you can pay $15 at for a night in hammock! Plus, all three cities are full of hotels where you can burn those points and miles, like the W Bogotá or the Hyatt Regency Cartagena.

India is so much more than crowded Mumbai markets and Instagram photos of the Taj Mahal. Roughly five times the size of Texas, the country offers endless opportunities to explore, starting with Himalayan peaks or the ancient Ayurvedic traditions of Kerala in the south. Gokarna, which is a few hours south of Goa, is a place of serenity, combining sandy white beaches with local craft markets and Hindu temples. The Andaman Islands, between Thailand and India, have some of the most breathtaking beaches in Asia.

Little known fact: India has among the most affordable wildlife tourism in the world. Glamp outside of Bandhavgarh National Park for as low as $40 before you check out the Bengal and white tigers that roam the space, or relax in huts outside of Kaziranga National Park, home to the world's largest population of one-horned rhinoceroses for roughly the same price.

While living large in Rio may cost you a pretty penny, you can finally save on the visa, as the cost has recently dropped and you can apply online. You can spend your savings exploring Sao Paulo, a city that's cheaper and less touristy than Rio. Or you can hop between beach towns between Rio and Recife, finding small villages and quiet, affordable beach towns.

You can save by going in April or May too. Since high season is technically December to March, you should still have nice weather in the shoulder season, but prices will drastically drop in many beach areas and resort towns. Florianopolis is often said to be one of best spot to live in in Brazil, so it's probably not a bad spot to visit either. Think surfing, seafood and boating — definitely not a bad way to spend a week in April.

Arizona is one of the few places in the US that won't break your budget but has hot and sunny temperatures in spring. Ideal for the outdoorsy, it can also be a peaceful place where you can relax by the pool and rejuvenate at the spa. Plus, golfers can practice their swings year-round. If you have points to burn, head to Scottsdale, home to seriously amazing resorts from all the major hotel chains.

Tucson is smaller but just as beautiful, and it's a budding affordable foodie destination. Plus, world-class resort and spa Miraval is now a Hyatt property where you can use your points. Many snowbirds will head back to their northern and eastern homes in April or May as mercury rises, but this means prices will be lower for your spring getaway. Southwest flies from both Phoenix (PHX) and Tucson (TUS) from many different spots around the US, so grab your favorite travel companion and start working up to the Southwest Companion Pass.

Related stories
Updated: A country-by-country guide to coronavirus reopenings
Southwest deal: Get 25% off one-way trips for Christmas and New Year's Eve travel
At just 356 miles, Delta starts flying its shortest wide-body route
Everything you need to know about tipping on a cruise ship
Featured image by Sunny day in bar on the beach with beautiful view on the sea, Sri Lanka. (Photo by @Chalabala via Twenty20)