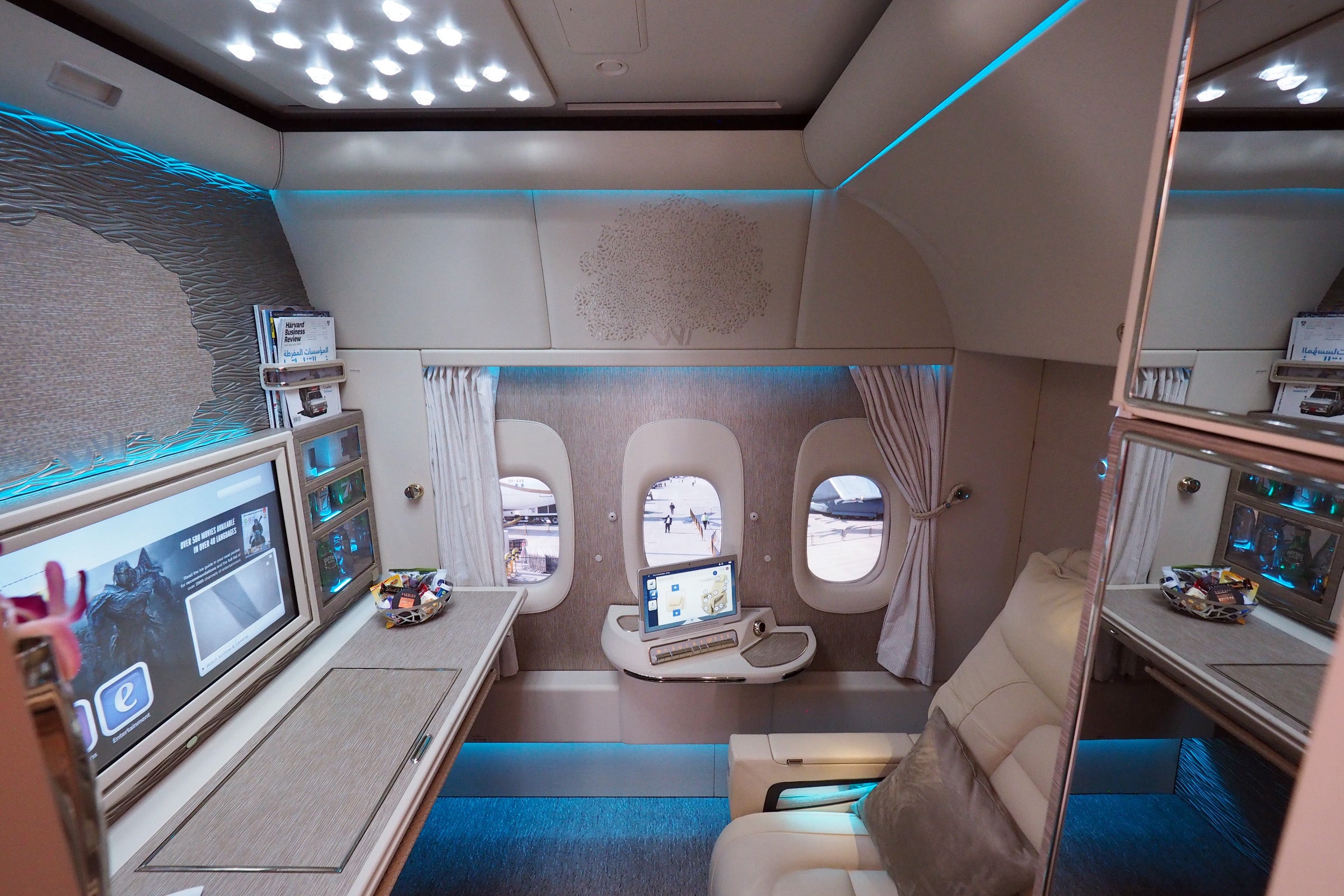 Report: JAL Refunds Fuel Surcharges on Emirates First Class Award After DOT Complaint
This post contains references to products from one or more of our advertisers. We may receive compensation when you click on links to those products. Terms apply to the offers listed on this page. For an explanation of our Advertising Policy, visit this page.

Emirates awards are some of the most highly sought after awards in the points and miles hobby. And that's for good reason. From unbelievable new suites to posh new business class seats, Emirates provides some of the top experiences in the sky.

Our go-to way of booking Emirates awards was through Japan Airlines' Mileage Bank. That was until November 22, 2017. Overnight, JAL changed its maximum fuel surcharges on Emirates awards. While it previously charged no more than $78.20, overnight that amount jumped to $1,716.09.

The sudden increase threw a wrinkle in travelers' plans, leaving them with the decision of having to either book Emirates awards for more miles/points through a different program, or paying the substantially higher out-of-pocket cost to continue booking through JAL Mileage Bank. One traveler chose the latter choice, but didn't stop there.

The Traveling Millennial had already transferred 85,000 Starwood Preferred Guest points to Mileage Bank when the sudden change was made. With the 105,000 miles — after the SPG transfer bonus — already in his JAL account, he felt stuck. So, he went ahead with booking the Emirates first flight and paid an additional $515 in fuel surcharges.

Next, he filed a complaint with the US Department of Transportation. Calling it "a shot in the dark," he didn't expect to get very far. So, he kept it short:

JAL started imposing fuel surcharges on Emirates award tickets without providing any advanced notice. The fees increased from approximately $20 to $820 for a one-way ticket. The DOT should require JAL to give advanced notice before imposing this change, and refund all surplus fuel charges imposed in the interim.

Finally this week — months after the complaint was filed — his case was resolved. In the response, JAL references that the terms and conditions of the Mileage Bank program allow changes at any time. With that said, Japan Airlines gave him two choices: cancel his booking and receive a full refund of points and taxes/fees or get a refund of $515 in fuel surcharge after he completes his trip.

Can you guess which one he chose? He accepted the offer to refund the additional fuel surcharges. Yeah, not really a hard decision.

What Does This Mean for Travelers in the Same Situation?

First, there's no guarantee that you'll end up with the same outcome. But, the Traveling Millennial's example shows that JAL Mileage Bank is understanding about the consequences of its overnight change. If you're in the same situation as he was — where you had the miles already in your JAL account and booked shortly afterward — you might be able to convince JAL to refund the additional fuel surcharges.

Before filing a DOT complaint, I'd recommend reaching out to JAL Mileage Bank first. Explain your situation, reference this decision and ask if JAL will refund the additional fuel surcharges you paid. You might be able to get the same result much quicker this way.

If you're unsuccessful working with Mileage Bank directly, you can file a DOT complaint to try and get the same outcome as The Traveling Millennial. However, it's important to note that the DOT didn't force Japan Airlines to refund the additional fuel surcharges. This was an offer by Japan Airlines in response to TM's complaint. So, you are far from guaranteed to get the same result.

If you're still hoping to accrue points and miles for a spectacular Emirates first class experience, here's our latest strategies and tips on how to do so. Hint: You're going to want Starpoints, and the Starwood Preferred Guest® Credit Card from American Express is a good place to start.