A Glimpse Inside Beijing's Forbidden City 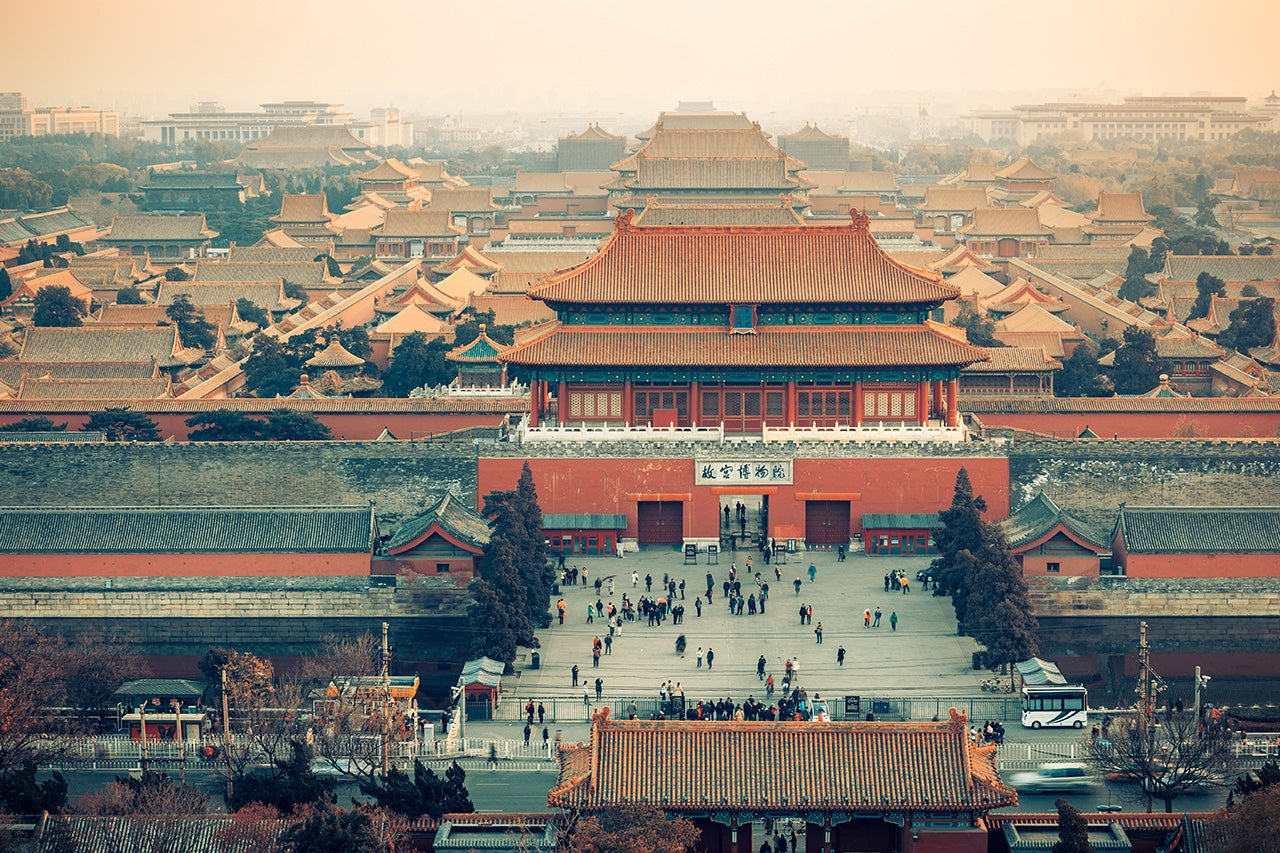 A Glimpse Inside Beijing's Forbidden City
This post contains references to products from one or more of our advertisers. We may receive compensation when you click on links to those products. Terms apply to the offers listed on this page. For an explanation of our Advertising Policy, visit this page.

Last month, the Grand Hyatt’s marketing team arranged a private media tour of one of Beijing’s most famous landmarks, the Forbidden City. The excursion was part of the hotel’s blowout Go Grand event, intended to showcase the cultural heritage of Beijing, followed by a multicourse dinner highlighting Chinese regional cuisine.

The rare opportunity to walk through palace rooms closed to the public yanked hard on the spotlight. For perspective, the former imperial palace saw close to 16 million visitors in 2016, with an average of 40,000 tickets sold each day. For most tourists, shooting a crowd-free photo or stealing a quiet moment to revel in the gravitas of the museum’s historical legacy proves an impossible feat.

That’s one reason it was such an honor for me, as the sole American travel writer, along with a select group of Chinese media, to be able to do just that.

The Forbidden City served as the palace that housed Chinese emperors and their families for almost 500 years, beginning with the Ming Dynasty (think blue-and-white vases) to the end of the Qing Dynasty in 1912. The vast complex became a museum in the 1920s. According to tradition, there are 9,999½ rooms in the city. Many have been restored over the years, with about two-thirds currently accessible to the public. Viewing the rest requires a special invitation, much like the one issued to Donald Trump by Chinese President Xi Jinping last fall.

The Grand Hyatt Beijing and the Palace Museum jointly hosted, allowing guests to view the same sections toured by the US president months prior. We arrived late in the afternoon. Bathed in the cool light of a winter sun, we filed through 30-foot-high crimson gates into a quiet courtyard devoid of tourists.

Our group split into two. I followed the English-speaking guide into the Studio of Cleansing Fragrance (Shufang Zhai).

The Studio of Cleansing Fragrance consisted of front and rear courtyards with stages. The larger stage was the first of its kind in the palace, providing a platform for theatrical performances at banquets for visiting princes and ministers. On the smaller stage, the emperor held tea banquets between the second and etnth days of the first lunar month, considered an auspicious period. The sanqing tea served, brewed with plum blossoms, citron, pine nuts and snow water, symbolized nobility and purity.

Passing through sliding doors, we entered a room dominated by a built-in curio case. The fine-grained wooden cabinet consumed the entirety of one wall and concealed a secret chamber for long-deceased emperors. (To do what, I didn’t ask.) Shelves carved with geometric designs held over 100 unique vases representing different eras of noble occupancy.

Next, we entered the Palace of Many Splendors (Chonghua Gong), the former residence of the Qianlong Emperor when he was an imperial prince. Our young chaperone told us how the emperor returned regularly to visit the rooms — and bed — of his teenage years. Apparently, it was a source of fond memories where he had “learned many things about life.”

She pointed to a framed panel on a wall. It looked like intricate cloisonné depicting animals and people, and glowed with unusual iridescence created using a style of art called tian-tsui, now banned. Artisans made the blue sections by gluing the plucked feathers of kingfisher birds onto silver, creating detail so fine it still looks like enamel. Unfortunately for the kingfishers, live birds had the brightest feathers.

After the Qianlong emperor’s enthronement, the Palace of Many Splendors underwent extensive renovations, including the addition of a stage to the original design. During spring festivals, the emperor hosted court officials for operas and tea. The last theatrical performance in the imperial palace was held there in 1923.

Inside a series of adjacent rooms, our docent continued detailing the day-to-day life of an emperor.

“Each day, the emperor had to decide where to go inside the palace," she said. "One day he might come here to drink tea and visit one of his wives. Another day he might enjoy a performance and visit with another wife.”

But he didn't drink alcohol, and leaving the palace wasn't necessarily an option: An imperial life wasn’t a free life.

Our tour ended with a climb to the top of the Yanchun Pavilion. A stunning view of sloping yellow roofs lit up by the setting sun inspired a flurry of selfies. As the firmament faded to black, we gathered for tea and cakes in the shape of teapots inside Jianfu Palace Garden, or West Garden, one of the Qianlong emperor's favorite places. A prolific poet and art collector, he wrote prolifically about its allure. Since its reconstruction, the section has served as a dinner venue for state guests, including Trump.

Our evening didn’t end at the palace. Back at the Grand Hyatt, executive chef Anish Padgaonkar had prepared dinner in eight acts.

Seated at two long tables, 40 of us enjoyed a multisensory dining experience where each act interpreted one of the five fixed elements of the Chinese zodiac: metal, water, fire, earth and wood. A favorite of mine married NV Billecart-Salmon champagne decanted from a spectacular Methuselah to China’s finest caviar, Kaluga Queen. The finale saw individual baked Alaskas fired up tableside and served with a luscious 1999 Chateau Coutet Sauternes-Barsac.

It was a meal fit for an emperor. Only we got to enjoy ours with wine.