5 Reasons To Visit Beijing This Winter 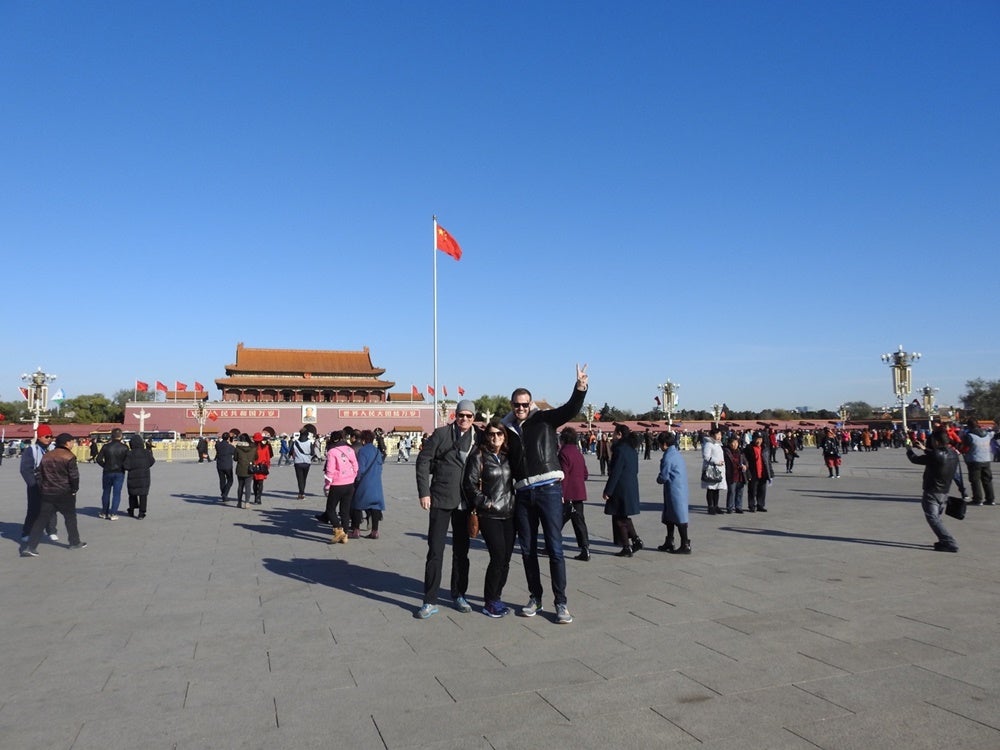 After a recent three-week trip around Europe and Asia with my parents which included stops in London, Ghana, Dubai, Beijing, Bali, Singapore and Hong Kong, I realized how much I loved exploring Beijing, despite the cold winter temps.

It wasn't my first time traveling to the Chinese capital, but during this visit, I got a chance to play tourist and see all the attractions with my parents. The city has really grown on me — here's why you should consider traveling to Beijing this winter.

It's Easy to Find Cheap Airfare and Solid Award Availability

We've seen a number of deals (round-trip prices as low as $442!) on airfare to mainland China this fall, and I wouldn't be surprised if they kept on coming throughout the winter. Plus, with seven different Chinese carriers flying between the US and mainland China (that's not counting Cathay Pacific which flies to Hong Kong), you have so many different options.

Between these seven airlines, there are many options to use your points and miles to get to Beijing. Many of them are members of SkyTeam or Star Alliance or partner with airlines like Alaska or Etihad. Some of the best redemptions include using Aeroplan miles, which transfer from Amex Membership Rewards, to fly business class on Air China, or using Delta SkyMiles or Korean Air Skypass miles to fly China Eastern or China Southern.

Chinese carriers often get a bad rap for being crummy in general, but according to SkyTrax Top Airlines for 2017, both Hainan (ranked 9) and China Southern (ranked 23) come in before any US-based airlines; Delta, the top US airline in the rankings, is number 32. Six Chinese airlines made the list, which compared 320 airlines, and that's not counting Cathay Pacific at number 4.

Although I wasn't very happy to see pilots on China Eastern smoking during a recent flight to Shanghai, I've had decent experiences on China Southern and other TPG contributors have had positive experiences on Hainan Airlines and China Airlines.

A few years ago, though, another option emerged if you don't want to go through the hassle of getting the 10-year visa through the embassy and have a short trip to China planned.

If you're transiting, meaning arriving from one country and departing China en route to a different country, you can get a transit exemption. There are 24-hour, 72-hour and for some cities (not Beijing, unfortunately), 144-hour options. The main rule isn't that you can't go directly back to the country you came from, meaning you can't fly from New York (JFK) to Beijing and then back to the US. You'll have to fly somewhere else, but a connection does count, meaning you could have a layover in say, Seoul (ICN) and then fly back to the US. You must already have your confirmed ticket — no standbys — to your destination after China. Before betting on this visa exemption, make sure to real through all the rules and regulations to ensure your eligibility.

If you decide to go the regular visa route, we recommend using Allied Passport & Visa, where you can get a $5 discount if you mention TPG.

My last trip to Beijing in 2015 wasn't as pleasant because the city was covered in a thick layer of smog. This trip I was able to explore Beijing under clear blue skies and relatively clean air, which was so much better. This may be due to the city cracking down in 2017 on environmental protection by inspecting and fining companies who aren't cooperating with anti-pollution procedures and regulations.

Still, I may have gotten lucky to be there on days when things seemed better, but the smog problem isn't predicted to get truly better until 2035.

So Many Hotel Options For Using Points

SPG has some excellent options in Beijing if you're hoping to use your points, and I happened to have stayed in a few of them.

Some of the rooms at the Renaissance Wangfujing Hotel come with Forbidden City views and rates start at $150 or 20,000 Marriott Reward points per night. Business travelers may prefer the Hilton Beijing, close to the Sanlitun and Chayong districts, where room rates start at about $180 or 39,000 Hilton Honors points.

On my next trip, I'd love to stay at the more elegant Park Hyatt Beijing which is inside the Beijing Yintai Center, the tallest skyscraper on Chang’ an Avenue. Rooms even have special air purifier systems in case the city is smog-heavy during your stay. Rates start at $210 or 20,000 World of Hyatt Points per night.

The Tourist Attractions are Truly Epic

I'm not usually one to do all the typical tourist attractions, but I did during this trip and it was a blast. My tour, guide, Summer, was fantastic and led my family around the Forbidden Palace and the Great Wall of China, while telling us interesting information about each spot. If you'd like to hire her as a guide for a day, her tours cost around $120 and she can be reached at 1024536649@qq.com.

Staying in the Aman Summer Palace was also special because it's not just a hotel, it's actually a tourist attraction — a UNESCO World Heritage site. The grounds were once used as a royal retreat, and although it was cold out, I loved strolling through the park.

I even got to see a crazy acrobatics show at the Chaoyang Theatre, which was terrifying and amazing all at the same time.

I truly enjoyed my recent trip to the Chinese capital. It's a city filled with loads of history, culture, amazing food and more. Combine that with plentiful ways to get there and an abundance of hotels to redeem points at, and the city becomes even more attractive to visit. If you're looking to take an international trip this season, make sure you give Beijing a look.

All photos by the author unless otherwise specified.