The 10 Most Instagrammed Museums of 2017 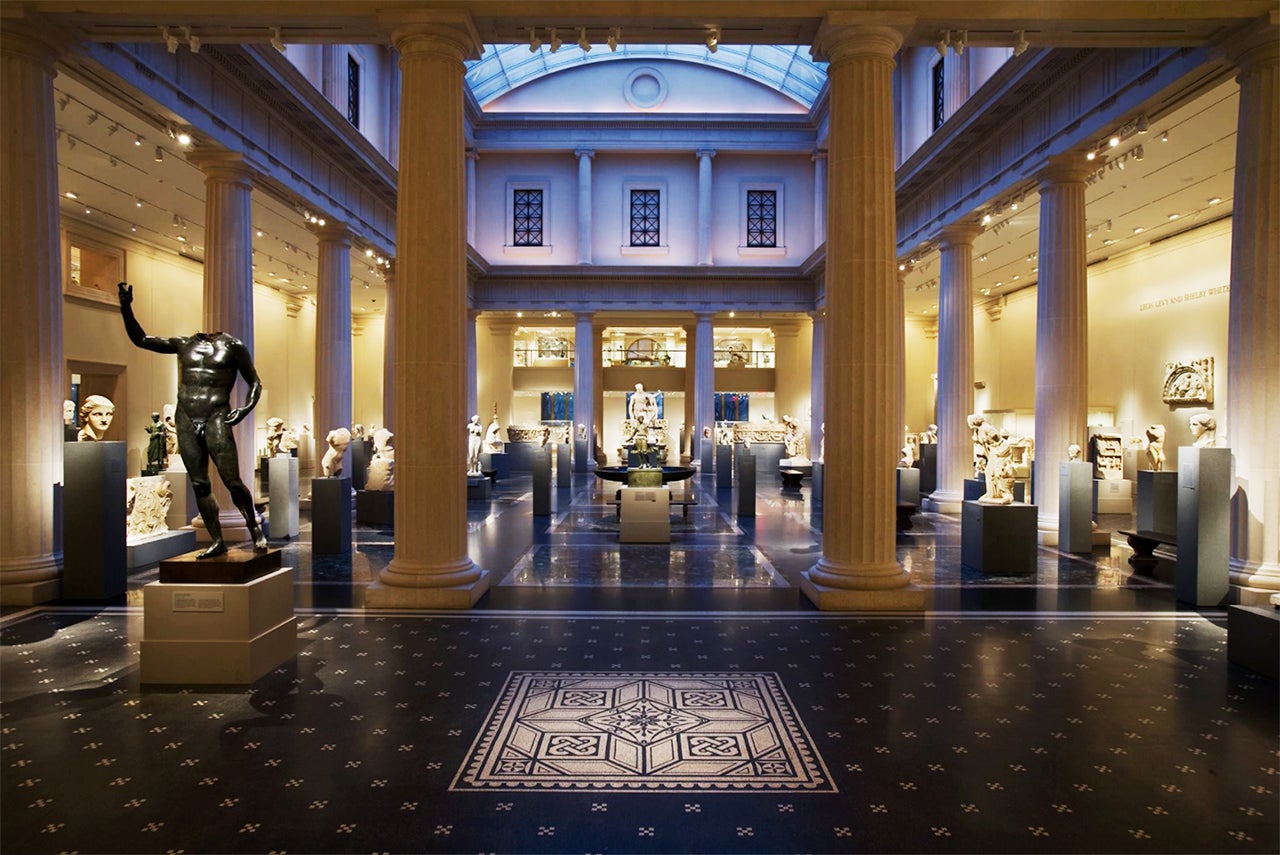 Instagram’s list of the top-10 most Insta’d museums in the world is out and the results showcase some of the biggest and best museums from around the globe — and a few close to home. As varied as the list is, it only features four cities: New York City, Los Angeles, London and Singapore. There are notable absences from the 2016 list — including the Louvre in Paris, which was #1 last year — along with The Broad in Los Angeles and the National September 11 Memorial & Museum in New York City. But there were some new additions for 2017, including the Victoria and Albert Museum and the Natural History Museum, both in London, and Los Angeles’ Museum of Ice Cream. Check out the list below to see where visitors from around the world shared snaps of their favorite museums to the 'gram.

1. The Metropolitan Museum of Art

The Met — as it's commonly known — is the largest art museum in the United States, the second most-visited art museum in the world and now the the most Instagrammed museum in the world. The Met houses 2 million pieces of art that spans more than 6,000 years of human history. Among the institution’s many paintings and sculptures, highlights for art lovers include Velasquez, Rembrandt and many others. Where else can you snap a pic of the world-renowned collection of ancient Egyptian antiques and Renaissance art in one day?

2. MoMA The Museum of Modern Art

The MoMA is among NYC top cultural sights and monuments. The museum was created in 1930 with a mission to promote the understanding of modern art and expanding the definition of what is considered art in the first place. It includes the most highly curated art collection that spans a wide range of American and European artists such as Vincent Van Gogh, Pablo Picasso, Salvador Dali, Jackson Pollock and Andy Warhol. One visit here and there's no wondering why it's topping this list.

Los Angeles County Museum of Art — better known as LACMA — is the largest museum in the western US with a collection of over 135,000 objects. Although established in 1910, the museum was officially recognized as a separate, art-focused institution in 1961. Today, the museum welcomes over 1.5 million visitors annually. While many of the pictures snapped are of famous artwork in the museum, there’s also a lot of appreciation for Urban Light exhibit in the entry plaza of the museum. The 202 restored antique street lamps constructed by Chris Burden, has became a symbol of LA and part of the Hollywood scene — and a perfect backdrop for any 'grammer's feed.

The British Museum, one of the largest and most comprehensible museums in the world, documents the history of human culture from its beginning to the present. Established in 1753, the museum contains 8 million works in 10 curatorial and research departments. The museum is the UK's most popular attraction with around 6.5 million annual visitors. It holds the nation's largest collection of over 2 million prints and drawings and loans more objects than any other institution in the world. Evidently, this popular museum, which is older than the United States, is a must-do on your next trip to London.

This museum, located in Manhattan, is one of the largest in the world; it occupies more than 2 million square feet. It's made up of 28 interconnected buildings which house 45 permanent exhibition halls and has a planetarium and a library. The collection in the museum contains over 33 million specimens of plants, animals, fossils, minerals, rocks, meteorites, human remains and human cultural artifacts. The museum has 5 million annual visitors and was created in the late 19th-century by New York's elite who wanted to make the city more prestigious with a museum and educate the working class about the laws of nature.

The Whitney is located in Manhattan and focuses on 20th and 21st-century American Art. Historically, the museum is known for exhibiting the works of living artists for its collection but it also has a lot of art from the first half of the 20th century. It was founded by Gertrude Vanderbilt Whitney in 1931 and since then has grown to a collection of over 21,000 works of art by more than 3,000 artists. The Whitney was opened in its current location in 2015 and spans 200,000 square feet and eight stories that include gallery spaces, an education center, theater, a conservation lab and library and reading rooms. The only permanent artwork that was commissioned for the new location: its four main elevators.

This museum, located in London, contains the world’s largest collection of decorative arts and design in 145 galleries. It gets its name from Queen Victoria and Prince Albert and has over 4.5 million objects that it’s collected since its founding in 1852. V&A has the world’s largest collection of post-classical sculpture and the highlights include Raphael Cartoons painted in 1515 as tapestry designs for the Sistine Chapel, the Ardabil carpet and the Luck of Edenhall. Overall, this is one of the largest museum’s in the world and its immense collection is unmatched to any like it.

Neighboring the above V&A museum, the Natural History Museum in London is a world-renowned center of research in taxonomy, identification and conservation. It’s famous for its exhibitions featuring dinosaur skeletons and its ornate architecture. The museum is divided into four galleries: the Red zone, the Green zone, the Blue Zone and the Orange zone, with each zone or gallery winding through a specific part of evolution.

The Museum of Ice Cream has seen tremendous success since its founding in 2016. It’s more of a pop-up, one that started in Manhattan but has had locations in Los Angeles — the city where it was Insta’d the most — plus San Francisco and Miami. Its success is due in part to aesthetically pleasing galleries that include a sprinkle pool, a banana split room, a popsicle room and anything else that one thinks of when they think of ice cream. It’s branded as a socially inclusive and accessible experience for all to enjoy and the various locations have hosted the likes of Beyonce and family, Katy Perry, Kim Kardashian and many more. The next location will be in Miami in December 2017 through 2018.

The National Gallery Singapore opened in 2015 and quickly became the world’s largest public collection of Singapore and Southeast Asian art with over 8,000 pieces. The museum is housed in two national monuments: the former Supreme Court Building and City Hall, with a combined area of nearly 700,000 square feet. The museum was built to further the goal of making Singapore a global city for the arts where the global arts community can come together to exchange and collaborate on ideas, projects and anything in between.