7 of the Most Instagrammable Places in Austin 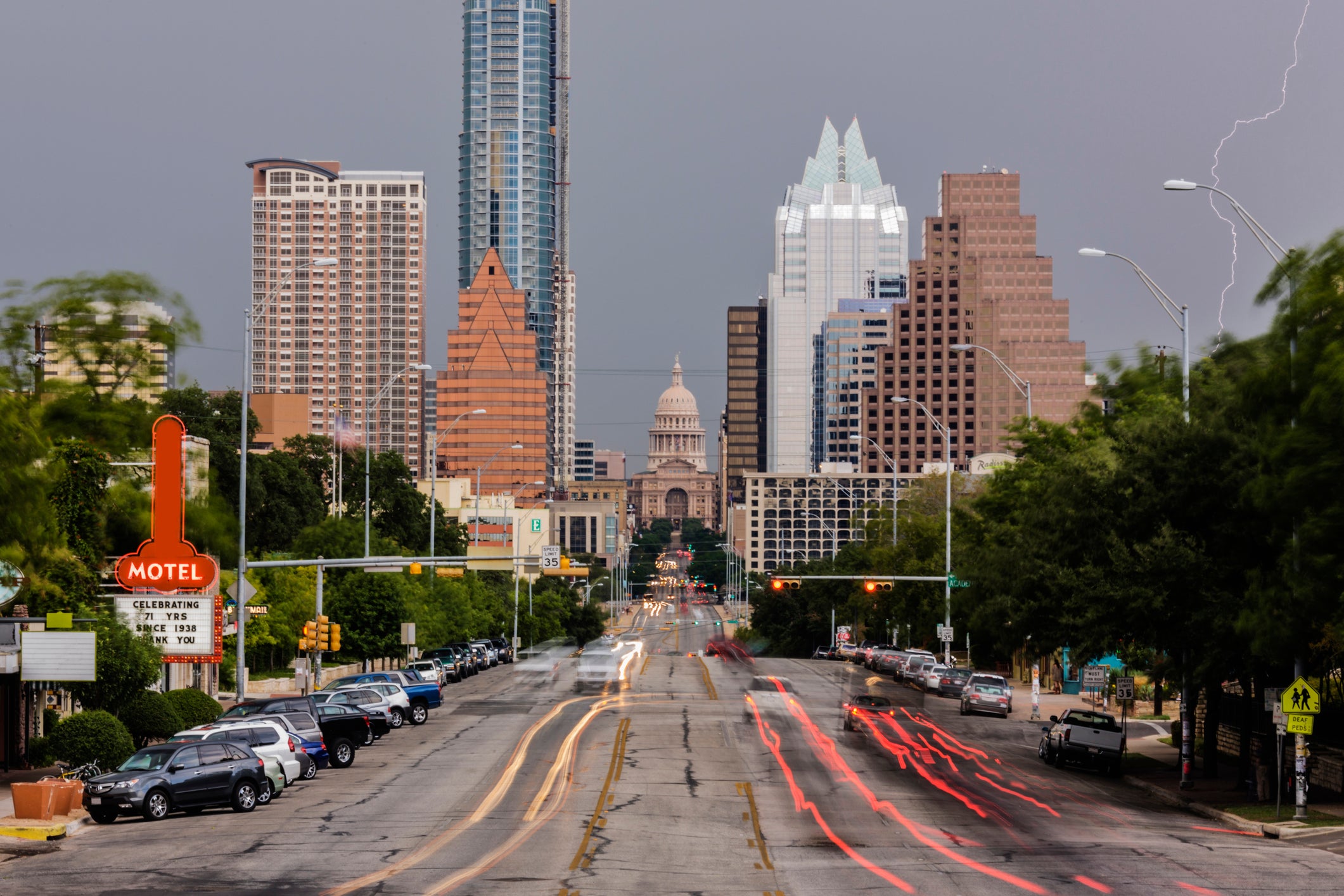 Austin (which British Airways recently added to its 747 destinations) is the state-capital of Texas, which is ironic because the city seems like it's in a world completely its own. More liberal than its Texas counterparts, this fast-growing city combines the South's hospitality and love of great food and music with an underground feel. You won't find any ritzy clubs or dress codes at most of Austin's hip establishments but you'll find plenty of BBQ, live music and outdoor patios. The city is bursting with Instagrammable spots so if you're looking for a place to start, check out our list below which is just the tip of the iceberg.

Because it never gets old... ?

The Lamar Pedestrian Bridge (also known as the Union Pacific Train Bridge) is suspended over the Colorado River, connecting Austin's southern side to land up north. Street artists maneuver themselves to the outside of the bridge to cover it in graffiti ranging from inspiring quotes to old video game images. Take a stroll down Cesar Chavez, across the Pfluger Pedestrian Bridge, or paddle board down the Colorado to catch a glimpse of the unique and ever-changing art.

Good Morning #Austin. Enjoy this fantastic of bridges spanning Lady Bird Lake. Double-Tap if you love #ATX. Tag-a-friend to let them know you love them. ♥️

Lady Bird Lake, named after the Texas-native and First Lady of the United States, is a reservoir of the Colorado River situated in the middle of Austin. Its location makes it a great place for city-dwellers to kayak, paddle board, hike or take the perfect snap. Take a hike at sunrise along the 10-mile Ann and Roy Butler hiking trail when foot traffic is low and the sun reflecting off the lake transports you to another place. If exercise isn't really your style, you can hop aboard one of Austin's many river cruises where you can take in the sights with little effort and a cold beer in hand.

Red Bud Isle is a tiny island that lies just below the Lake Austin Dam. Kayakers and canoe riders enjoy the scenery from the Colorado River that surrounds the isle were rocky shores and lush green make locals and visitors alike forget they're in the middle of a burgeoning city. The area is also designated leash-free so you're sure to find lots of playful pups enjoying the area. The area is beautiful but truly rustic; you won't find any bathrooms or food trucks on the tiny isle. Make a day of it by bringing blankets, food, an ice chest of Lone Star and perhaps some biodegradable wipes.

The Mohawk is a vast multi-level structure that encompasses multiple bars, a rooftop as well as indoor and outdoor stages that showcases both local and nationally-touring artists. Aside from the music scene, the Mohawk also holds quirkier events like wrestling matches and dog beard competitions, as well as classic trivia nights. The bar, which emanates Austin's chic grungy vibe, is the perfect setting to show your friends just how cool you are — without trying too hard.

Mount Bonnell is a small peak, located 775 feet above Lake Austin, that is a popular spot for hikers and Instagrammers alike. After a short hike to the top, beautiful views of Austin and its many bodies of water make for a like-worthy picture. The peak is one of the most visited spots in Austin but crowds will remain small in the early morning and during the week. If you're looking for exercise, the walk up isn't much of a hike but the sights along the trail make it well worth it. Take in the hidden garden that runs along the trail or be adventurous and wander off the designated route — just make sure to find your way back.

It was a nice day for a picnic.

Zilker Park is a massive green space, comprising 350 acres of land, right across the river from downtown Austin. The park, which houses the city's famous Austin City Limits Music Festival, is also home to picnic sites, botanical gardens, volleyball courts and a science center. The park also offers no leash zones where Austin's many dog owners can bring their pups to play on a lazy Sunday.

Did you catch either of these awesome shows this weekend? Photos by @merrickales

Stubb's, named after Christopher B. Stubblefield, began after "Stubb" returned from the Korean War where he oversaw the preparation of meals for all of the soldiers. In 1968, he opened his own restaurant which would later become the epicenter for flourishing Texas musicians like Stevie Ray Vaughn, Willie Nelson, Johnny Cash and Linda Ronstadt. The Austin venue carries on the history of good food and music combined, serving as both an outdoor music venue and a BBQ joint.