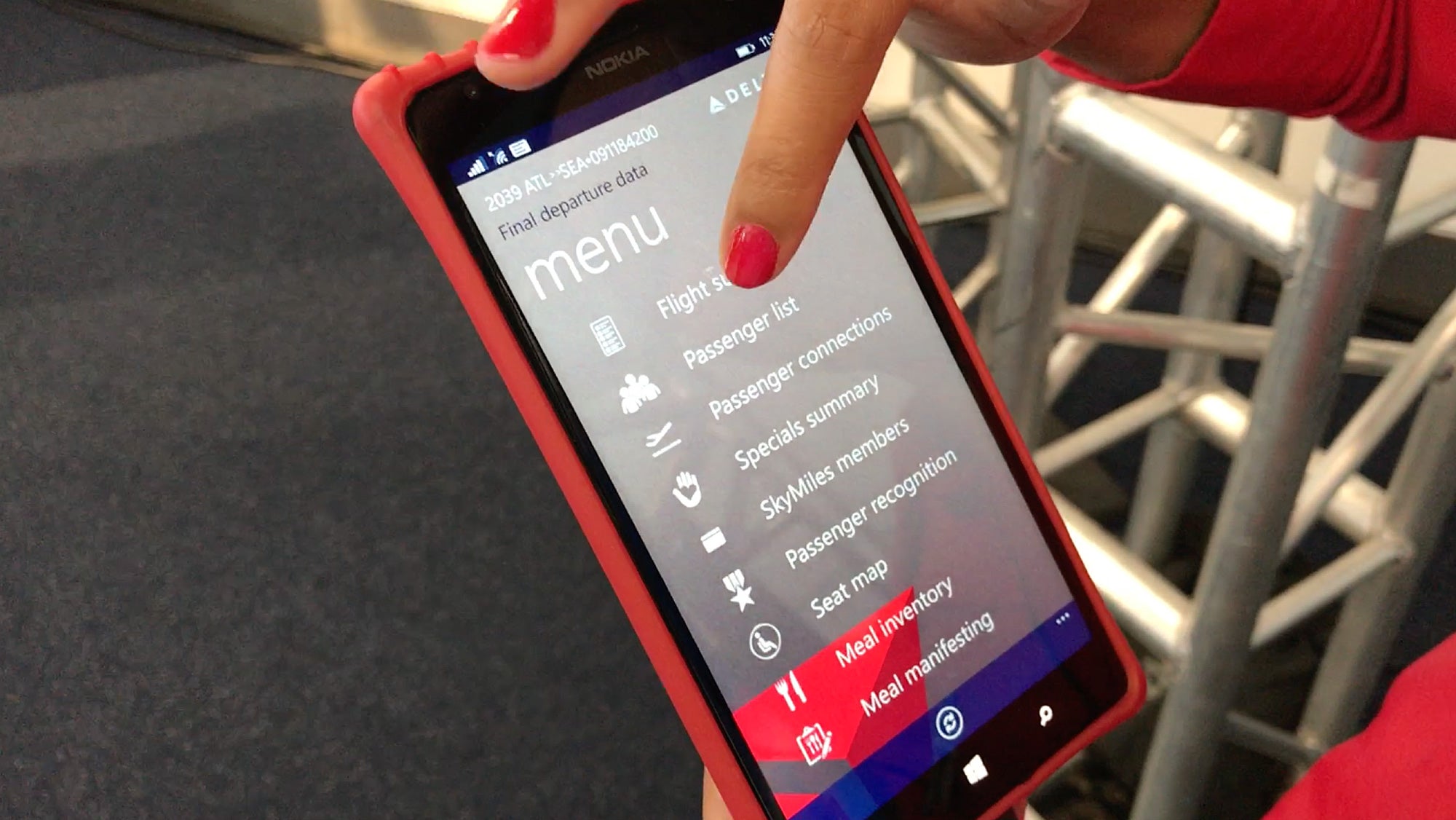 How Delta's New Flight Attendant App Makes It Easy to Recognize Elites
This post contains references to products from one or more of our advertisers. We may receive compensation when you click on links to those products. Terms apply to the offers listed on this page. For an explanation of our Advertising Policy, visit this page.

Traveling on a US-based airline as a frequent flyer? Your flight attendant probably knows far more about you — and your travel habits — than they would have just a year or two ago. While consumer-facing smartphone apps are making it easier to book, check in for and board your flights, internal applications used by flight attendants and other employees at airlines like Delta and United have seen enormous boosts in capability.

During Delta's Airbus A350 event last week, I had an opportunity to check out the latest version of the Guest Service Tool app, and even got a video demo. Unfortunately the device on hand was displaying live passenger data, so Delta sent along some dummy flight screenshots, instead. If you receive special recognition on your next flight, this app probably has something to do with it.

The app component I was most interested in is the "recognition list" — this includes the names of passengers that Delta would like the crew to go out of their way to acknowledge. Top elite members and corporate clients are the obvious targets here, but other achievements — such as earning million-miler status — may appear as well.

In this section of the app, flight attendants can access an individual passenger profile, including elite status level — Platinum Medallion, in this case — home airport, connecting flight details and more.

Delta points out that this recognition program is currently undergoing a "soft roll-out," and will become part of the workflow for all flight attendants in 2018.

Speaking of connecting flight details, there's a screen just for that, too, visible both in a seat-map format or a list of connecting flights and gate information. In the example below, passengers and flights in red represent missed connections, while those highlighted in yellow are especially tight.

There's some overlap with other pages here, but a section dedicated to "specials" helps flight attendants identify passengers in need of assistance or recognition. Everything from wheelchair requests to special meals are represented here, and just as with the previous screens, crew members can access data in list format or via a color-coded seat map.

It'll be a few more months before the "recognition" section is ready for primetime, but once that's fully up and running I would expect passengers to respond well to this program. Of course there will be the occasional traveler who wants to maintain an especially low profile — and I generally wouldn't want to be called out for anything on a plane — but if SkyPro can make all of this info accessible with a tap, perhaps it'll eventually let crew members track passenger preferences as well.

Have you been recognized for your loyalty on a recent Delta flight?