Articles
Emily McNutt is The Points Guy's Global News Editor and is based in London.
Follow
Sept. 07, 2017
•
5 min read 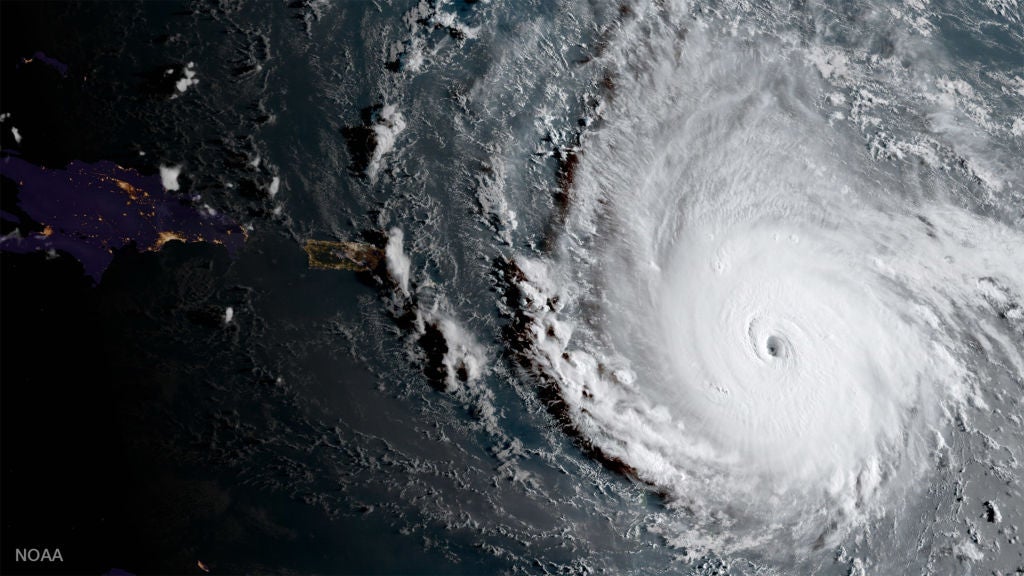 It's becoming increasingly urgent for many Florida residents to evacuate before Hurricane Irma hits. Given the images coming out of the Caribbean in countries that have already seen the devastating impact of the hurricane, this storm shouldn't be taken lightly.

As demand grows, economics dictates that prices should follow. And because seats on flights out of Florida are both scarce and very coveted, prices have skyrocketed in some cases. In others, airlines have gone the other way: JetBlue announced it would be capping its fares at $99 for nonstop flights from the affected areas. Not long after, American announced it would cap Main Cabin seats on direct routes at $99. In addition, Delta announced it would cap fares at $399 for flights originating from there.

But, with all of this news, how exactly are the fares among the carriers stacking up? We took a look at each of the major carriers and how fares from Florida to any of their other hubs stack up. Are the airlines really gouging prices in this time of need as people are trying to evacuate a potential disaster zone? Here's what our search results turned up:

American has no nonstop options available from Miami (MIA) to Charlotte (CLT) for travel on September 7 or 8. However, there are two nonstop flights with seats available on Saturday, September 9. Holding true to its word, AA is capping the one-way price for both of those flights at $99.

We're seeing these same $99 one-way flights on flights for Thursday between MIA and New York (LGA).

As Delta mentioned in its price cap announcement, it's adding larger-capacity aircraft to some of its routes to accommodate more passengers. For example, on Saturday from Fort Lauderdale (FLL) to Atlanta (ATL), Delta is flying three 757s on three flights. For two of the flights, it's charging $114 per passenger for the one-way flight, and for the third it's charging $399. There are no flights left on either Thursday or Friday on this route.

We're seeing some good availability on JetBlue flights from Fort Lauderdale (FLL) to its hub in Boston (BOS). There seems to be decent availability on both Friday and Saturday at the $99 capped price tag.

We're seeing similar wide open availability from FLL to New York (JFK, LGA and EWR) for both Friday and Saturday.

We're seeing last-minute availability on some Southwest routes that aren't too pricey. For example, a one-way flight from FLL to Dallas Love Field (DAL) for $99 — you'll need to leave at 5:35pm ET on Thursday.

We're also seeing some other flights, but there isn't much available on many of its major routes. For example we're seeing a one-way flight from FLL to Nashville (BNA) for $129 on Friday.

Unlike its counterparts, United Airlines is the one major charging customers a hefty amount for trying to get out of Florida. If you can actually find availability on any of its routes, be prepared to fork out some cash. Of the routes to major United hubs we searched, there was almost no availability for Thursday, Friday or Saturday travel.

One route where we did find availability is between FLL and Houston (IAH) via Denver (DEN). The one-way flight will cost you $768 — and it leaves at 3:25pm ET on Thursday.

Alternatively, we were able to find one flight from FLL to New York (LGA) via IAH with United that departs Friday morning. In order to get a seat on the 737 aircraft, you'll have to pay $768 for the one-way ticket.

Certainly, some airlines are handling Hurricane Irma and helping Florida residents evacuate the state in a more customer-friendly manner than others. By the looks of it from our searches, JetBlue, AA and Delta are all doing their part by either capping their fares at a reasonable price or adding capacity so more people can get out of the storm's path.

We reached out to United about why the carrier hasn't adjusted its pricing or its frequencies from Florida destinations, and United didn't have any comment on its pricing. But, it did say that it's added seven flights between Thursday and Friday from its Florida cities.

If you're still in Florida and don't yet have plans to get out, you might want to consider purchasing your ticket sooner rather than later. This storm is likely to cause some severe damage and should be taken seriously.