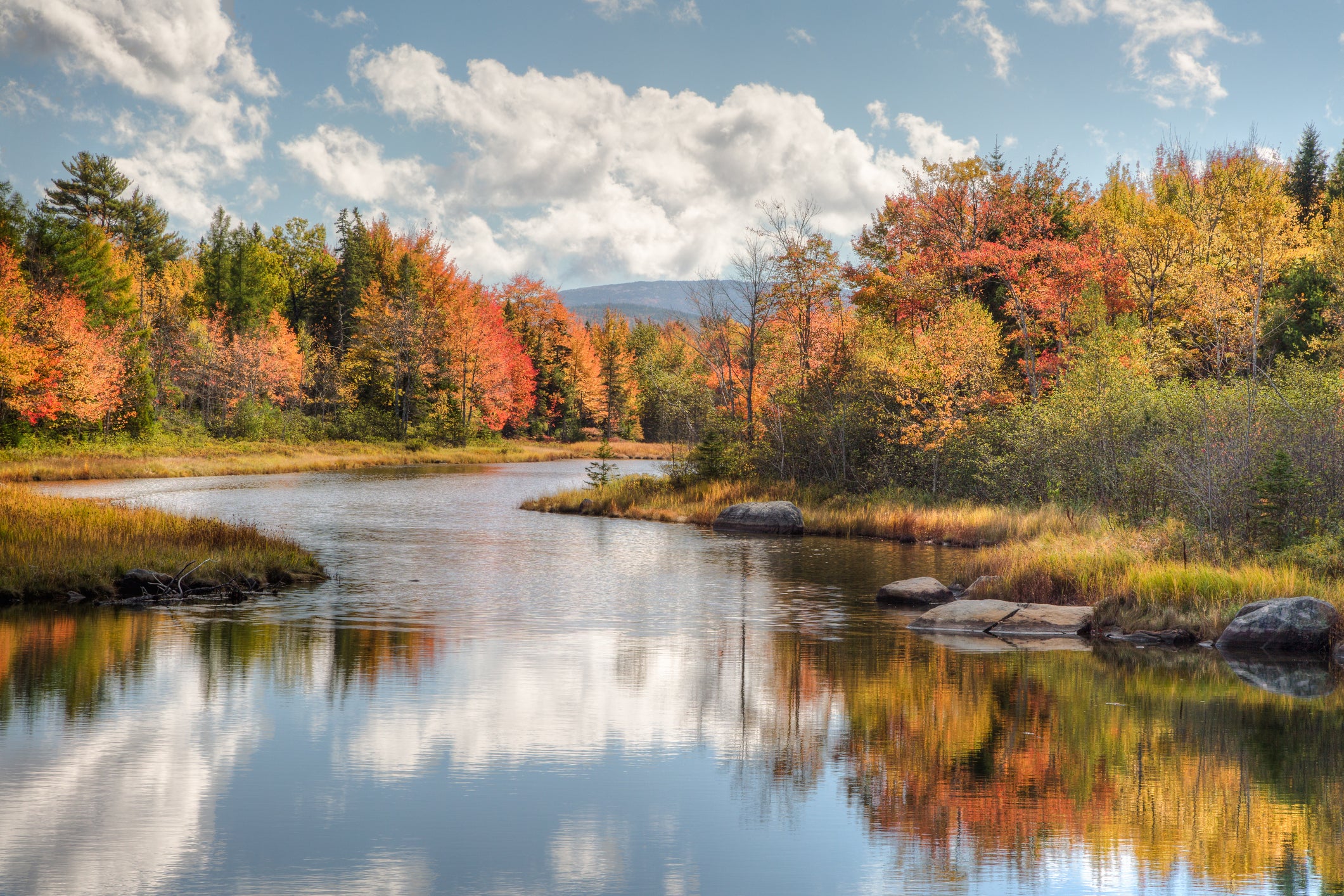 While traveling abroad holds a certain allure in the American mind, domestic sojourns can be equally as fulfilling. The United States is three times larger than the European Union and is rich with culture, history and extraordinary landscapes. Here, we picked 13 of our favorite US state Instagram accounts that show off the wide range of natural beauty, rich foods and long-standing cultural traditions that make America a wonderful place to explore. These states really make the most of this valuable social media space — just see for yourself.

Nicknamed "The Last Frontier," Alaska is one of the only states that feels like it has yet to be truly conquered by man. It's the largest US state — almost double the size of Texas — yet there are fewer than a million inhabitants. Known for its sprawling wilderness, this state is home to multiple ecosystems including boreal forests filled with lush greenery, enormous mountains — it's where you'll find Denali, the highest peak in North America — rainforests and an expansive tundra. Follow Alaska's Instagram to get a feel for this beautiful part of the country — you may even catch a glimpse of a glacier larger than your home state.

Arizona's Instagram page is a nature junkie's dream. Known for being home to the Grand Canyon, Arizona offers a multitude of other attractions, like sweeping deserts and ponderosa tree-covered mountain towns. A whopping 47 million people visited Arizona in 2016 — and it's no surprise given its magical sunsets, star-filled skies and miles of land without a building or person in sight.

California's reputation often precedes it. Home to Hollywood, Google and some of the most famous national parks in the US, almost everyone has a preconceived notion of the Golden State. Indeed California, with more than 268 million visitors crossing its borders in 2016, is the most-visited state in the country. Head to this west coast giant to observe the beauty of Yosemite, Sequoia or Joshua Tree; stop by Los Angeles for the glam of Hollywood and chill vibes in Venice; or head to San Francisco for a more laid-back feel. In this sunny state, the possibilities seem to be endless.

Almost 80 million people visited Colorado in 2015, an all-time high for the Centennial State. The diverse landscape makes it an equally popular vacation spot in both the summer and winter — luxury ski towns like Aspen and Vail bring in many tourists during the winter months while exciting cities like Denver are a summertime draw. According to its Insta, Rocky Mountain National Park is another major attraction, where locals and visitors can take in the scenery on a number of scenic hikes.

Connecticut may be one of the smallest states in the US, but that doesn't mean it can't offer you just as much as some of its larger siblings. Just peeking at the Constitution State's Instagram page will leave you with travel envy. The New England state, unofficially known as The Nutmeg State, is a mix of coastal cities and lush inlands that are incredibly scenic. Beaches? Check. Castles? Yup. Whale ships? You'll find those here, too.

The Aloha State, though technically part of the US, maintains a culture entirely its own. And while Hawaii locals are extremely proud of their island home, they're more than happy to welcome the many, many visitors coming to enjoy it each year. Between well-known cultural traditions — like bestowing leis upon visitors, hula dancing, ukulele-heavy music and a bizarre but endearing love of Spam — and being home to some of the most beautiful scenery in the US, it's easy to see why this state has become synonymous with paradise.

New Mexico has one of the richest histories of all of the 50 states. Native Americans inhabited the state for nearly 2,000 years before it was "discovered" by the Spanish in 1540. Known as the Land of Enchantment, New Mexico has an exquisite mix of cultural landmarks and breathtaking scenery. Stop by big cities like Albuquerque and Santa Fe to a get a glimpse of its unique mix of Spanish Colonial, Pueblo and Adobe architecture or opt for some adventure outdoors to see New Mexico's awe-inspiring mountains and stunning desert scenery.

While New York may be famous for its eponymous city, the state has so much more to offer beyond the Big Apple. Just take a peek at the Empire State's Instagram page to see the majestic scenery that makes up the majority of this state and get some serious travel inspiration. Check out the lush greenery of Watkins Glen State Park, the dramatic mountains of the Adirondacks and the enchanting marshes of the Lower Hudson Valley. While New York City is a fantastic and stimulating metropolis — it's home to Times Square, Central Park, Broadway, the Statue of Liberty and most importantly, TPG Headquarters — but the rest of the state is worth exploring as well.

Maine is the northeastern-most state in the US and mentions of the Pine Tree State call to mind archetypal New England culture, complete with oversized lobsters, pristine white sailboats, preppy polos and seersucker suits. While Maine might encompass some of these stereotypes, it's also home to an intoxicating blend of rocky coastline, lush green mountains, deep water ravines and Acadia National Park, where you'll find extensive shorelines, pristine beaches and mesmerizing forests.

While tenacious Detroit may be the first thing that comes to mind when you hear the word Michigan, the state is overflowing with natural beauty and outdoor recreation — it's got the second-largest coastline in the US after Alaska and is surrounded by four of the five Great Lakes. There are more beaches than you could count in this midwestern state and the islands that dot its coastline are just one of many draws for visitors each year.

Montana, often termed the "Big Sky State," earned its reputation for a reason. With a seemingly endless trove of mountains, lakes and streams, Montana offers visitors countless outdoor activities and feasts for the eyes all year long. As the third most sparsely populated state in America, fellow humans may be a rarity but the wildlife and hidden treasures here are not. Come for the scenery in Glacier National Park, skiing, fly fishing and microbreweries — and stay for the serenity.

Judging from North Carolina's Instagram feed, the Tar Heel State is a haven for nature lovers and city dwellers alike. With a mix of beaches, mountains, marshes and lakes, outdoorsy types will find no shortage of activities here. Those less inclined to spend their time with Mother Nature should head to Charlotte and Asheville, two cities with unique offerings. Charlotte may have the look of demure suburbia, but there's plenty to do here — from fine dining to the Levine Museum of the New South, which examines post-Civil War history in Southern America. But the pride of NC might have to be Asheville, with its vibrant art scene, old architecture and remarkable scenery.

Virginia's Instagram feed makes a strong case to visit The Old Dominion state. With picturesque photos of Cold Mountain, the beaches of Norfolk and verdant wineries mixed with photos of scenic breweries, spirited music festivals and old town seaside restaurants, it's hard to not want book a flight to the original US colony.

What are your favorite US states to follow on Instagram? Let us know in the comments below.