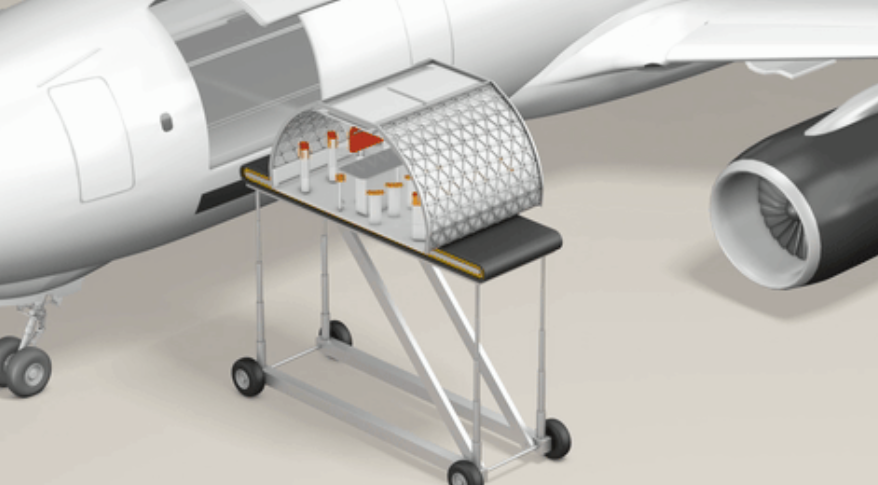 Step On Board Airbus' Modular Aircraft Mockup
This post contains references to products from one or more of our advertisers. We may receive compensation when you click on links to those products. Terms apply to the offers listed on this page. For an explanation of our Advertising Policy, visit this page.

Passenger aircraft cabins have gone from having exclusively forward-facing seats arranged in a standard 'window-middle-aisle' arrangement to featuring premium classes with private, rear-facing suites, showers, onboard bars and more. However, a special team within Airbus known as A³ is working on taking the onboard experience even farther.

A³ is a Silicon Valley-based Airbus company that focuses on innovation and reimagining the way we fly. One particularly interesting project the team is working on is called 'Transpose,' and it could radically change what passengers should expect on a commercial aircraft.

Transpose focuses on rethinking cabin design and architecture for existing Airbus aircraft such as the A330. The most prominent feature are separate cabin modules, which would enable airlines to create whole new experiences for passengers in the air. Some modules include cafes, spas and gyms — all onboard commercial aircraft.

Could it be easily implemented? Absolutely. Transpose cabin modules are designed to be installed into existing freighter variant of a commercial Airbus aircraft, such as the A330-F.

Transpose asks passengers the following: "Imagine an afternoon flight landing at San Jose airport. The passengers deplane, and within minutes the seats in the cabin are being swapped out for bunks, making the aircraft’s next route: a 12 hour redeye to Singapore — a much more restful experience for passengers. That same plane could then be used for a short flight to Macau — in which the airline could swap out a sleeper cabin for a spa chain, ready to service vacationers eager to start their travels refreshed."

Modular cabin architecture eliminates aircraft reduces lengthy cabin customization times, increases flexibility in cabin design options and could really allow an airline to distinguish both its brand and onboard offerings — whether it's by offering something unique, or collaborating with an existing brand to develop a module fit for the aircraft.

What really excites us about Transpose are the endless opportunities to completely turn the commercial aviation industry on its head and give passengers an entirely new experience of air travel. As a passenger, your time in the sky could be spent:

Airbus cabin trim and finish, designers and engineers would benefit from the flexible cabin installation timetable too. Transpose would allow Airbus to deliver finished aircraft interiors to airline customers much faster. Currently, cabin installations can only take place around six weeks before delivery day, as the aircraft is still being assembled on the line up until that point.

Earlier this year, the A³ team developing Transpose tested how a modular cabin would work, and how found out how it could better understand passenger interaction within the aircraft. In the video below, Transpose simulated a four-hour flight from 'takeoff' to 'landing' in a low-fidelity, full-scale prototype passenger cabin that featured a spa, restaurant and game room.

A³ aims to have Transpose-enabled aircraft flying within a few years. While it recognizes it's ambitious (isn't ambition what Silicon Valley is all about?), it's already started discussions with regulators, and has the full support of its parent company Airbus, which is based in the South of France.

We're very excited about what's happening in Silicon Valley at A³. We often hear about how airlines are 'reimagining' or 'rethinking' air travel, but what A³ has shown is an innovation that hasn't been seen before, and has the potential to reset everyone's thoughts of what it means to fly commercially. The opportunities are endless, and clever brand/company collaborations with the cabin modules could mean that we're just a few years away from joining a workout class or catching up with friends at Starbucks while flying across the Atlantic Ocean at 35,000 feet.

All images courtesy of A³.