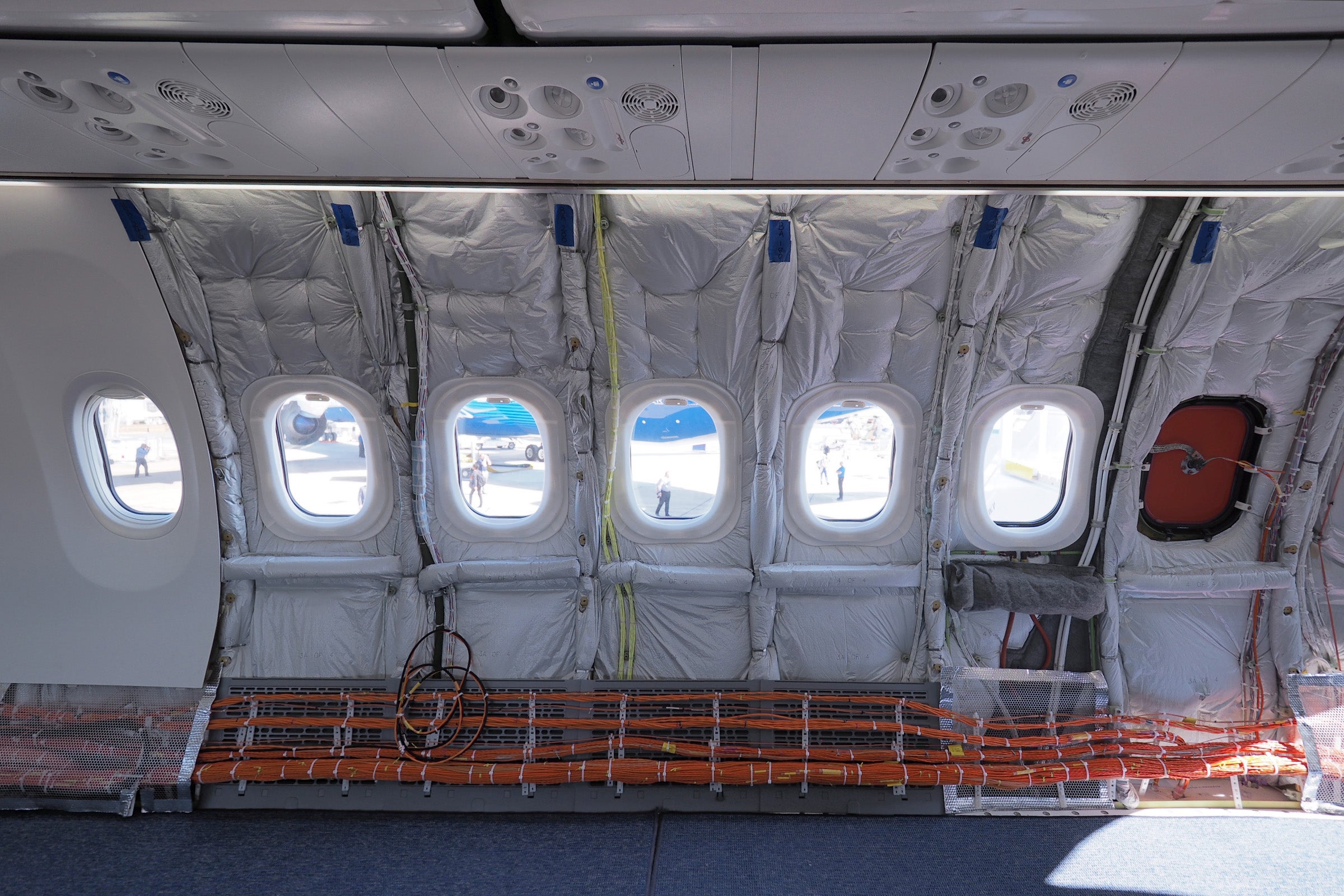 Last year, at the Farnborough Air Show, we had a chance to step aboard Boeing's latest 737 for the first time. While the 737 MAX 8 I saw there has generated more than 2,000 orders to date, there's going to be an extended (though seemingly less popular) version as well, the 737 MAX 9, set to replace the 737-900ER, in addition to an even longer MAX 10, which Boeing just announced today.

In an all-economy configuration, the MAX 9 will be able to accommodate up to 220 passengers — not bad for a single-aisle plane.

It's unlikely that you'll see a single-class arrangement in the US, though — United Airlines is the only US-based airline to place an order so far, although Southwest has ordered a whopping 170 MAX 8s and 30 MAX 7s.

Otherwise, in North America, Air Canada and WestJet have both placed orders for the MAX 9, as have Icelandair, TUI, Turkish Airlines and more. Regardless, based on the orders that have come in so far, you'll be much more likely to find yourself on the MAX 8 than the MAX 9.

Anyway, back to today's tour...

After entering through the forward door, I came across a display of MAX-branded baseball caps (above) and these awesome MAX 8 posters. (While I'd love to see lie-flat seats on these planes, as the poster depicts, that's a bit of a long shot.)

To the untrained eye, the only major differences between the MAX and the latest NG models are the engine design and the flight attendant control panel just behind the cockpit.

Speaking of which, the cockpit design should be familiar to NG pilots — it'll be possible to be type rated for both the previous-gen NG models and the MAX, so pilots can fly both versions.

Meanwhile, the cabin feels very clean and modern — just like with the latest NG planes.

All MAX models are equipped with Boeing's new space bins, which allow customers to store a whopping 66 additional bags (compared with 737s without the new bins). Not that it'll matter if you're traveling on a United basic economy fare.

The cabins also feature LED lighting, which adds to the aesthetic.

While the cabins on this test plane are otherwise bare, the "passenger service units" are already installed — and they look just like those on the -900ER.

There were also two lavatories (for technicians to use during a flight, I imagine). I'm told these are the final lavs — I found it to be exceptionally narrow.

There's a ton of test equipment on board, including several workstations like the four below.

The MAX 9's appearance at Le Bourget marks the first time this plane has flown across the Atlantic, though this aircraft had conducted more than 30 test flights before arriving at LBG, following the MAX 9's inaugural flight on April 13.

While there have been some delivery delays with the smaller 737 MAX 8, Boeing execs said everything's now back on track, with Norwegian's first MAX delivery now rescheduled for next week.

Inside, the 737 MAX 9 doesn't look all that different than Boeing's latest 737-900ER with the Sky Interior — but that doesn't mean it isn't a great plane.

The big news here is the boosted fuel economy, which could be in the ballpark of 15% compared to the 737NG (which includes the -800, -900ER, etc.). And, during a briefing at the Paris Air Show, Boeing executives stated that fuel burn is "maybe a little bit better [than expected]." That contributes to the MAX 9's quoted range of over 4,000 miles, compared to about 3,400 for its predecessor.

Of course, it would be nice if that increased fuel efficiency translated to lower fares, but airlines are investing hundreds of millions of dollars in these planes — in many cases, they'll be paying off those bills for a long time to come. So, for now, we'll have to be content with reduced emissions.

See these posts for more on the 2017 Paris Air Show:

I’ll be sharing more posts on this site throughout the week, and you can catch the action in realtime via my Instagram and Twitter feeds as well.