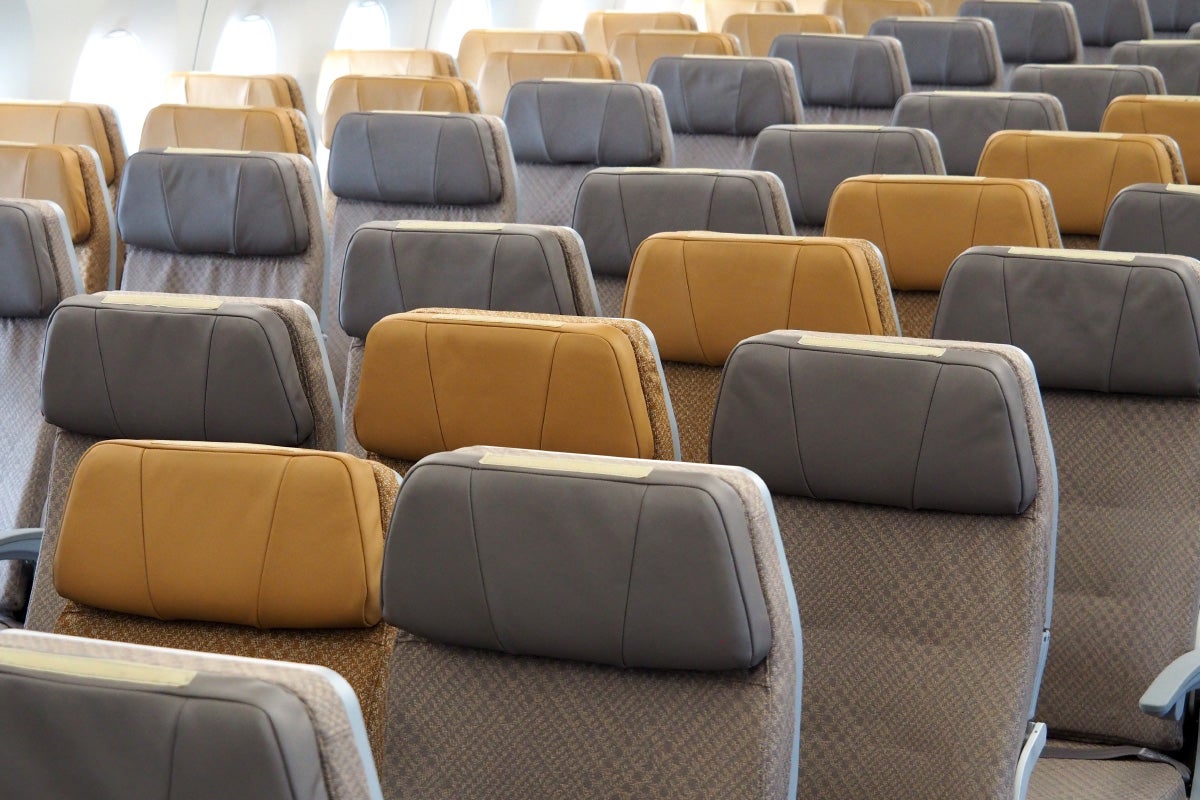 For many readers, earning points and miles is a great way to unlock premium-class redemptions and luxurious hotel rooms. However, you may be more interested in booking award flights in coach, and you can often get two or even three round-trip economy flights for the same number of points or miles as a single business or first-class flight. Today I'll kick off a new series that looks at each of the three major transferable point currencies and analyzes the best way to redeem for coach award flights. My first subject: American Express Membership Rewards.

For starters, there are essentially two different ways to use your Membership Rewards points for free flights:

Generally speaking, the second option offers a better value for your redemption, since you're getting a value of just 1 cent per point when using the first one. This is well below TPG's most recent valuations, which peg Membership Rewards points at 2.0 cents apiece. As a result, today's post will focus primarily on the transfer options. However, I always recommend checking both options to see which offers a better redemption value. No sense in transferring 25,000 points to a partner to book a round-trip award flight when the same flights would cost $190 (or 19,000) if you paid! Remember too that you'll still earn points or miles when booking directly, sweetening the deal even more.

As I mention above, the Membership Rewards program has 17 unique airline transfer partners covering all three major alliances and several non-alliance carriers. Here's a quick overview of how the partners can be categorized:

As you can see, things can get quite confusing with all of these different interrelationships, and I'll dive more deeply into some of these in a future "Book this, not that" post. However, for today, I want to go through each major partner and identify a redemption or two that is worthwhile when booking an award flight in coach. Note that I'll focus on the programs that are most likely to give you some value when redeeming your points, as some don't have any truly valuable options.

Asia Miles is one of just a handful of frequent flyer programs to offer distance-based awards, and the award charts can be a bit confusing, as the one you use depends upon the exact carriers with whom you're flying. In addition, the booking process can be a bit challenging, as only certain airlines are bookable online, and phone agents seem hard-pressed to consistently enforce even the program's own rules. I'd strongly suggest reading Richard Kerr's detailed post on Everything You Need to Know About Cathay Pacific Asia Miles before even considering an award flight, but here are a couple of examples of solid ways to make the most of your economy redemptions:

British Airways also has a distance-based award chart, and like with Asia Miles, the number of rewards you need to redeem varies depending on the airlines and specific routes you're flying. Keep in mind that British Airways lowered the transfer ratio from Membership Rewards back in 2015, meaning that you'll only get 800 Avios for every 1,000 points you transfer. Nevertheless, there are some sweet spots in the program when it comes to flying coach:

AeroMexico isn't usually anyone's first choice for booking SkyTeam award tickets, as the carrier's award chart isn't that spectacular. However, it's important to note that the redemption rates are in kilometers rather than miles, and you'll get 1,600 kms for every 1,000 Membership Rewards points you transfer. As a result, you really need to divide each award rate by 1.6 to get the "true" cost in comparison to other carriers.

In evaluating the award options, I see one particularly attractive economy redemption:

Delta is one of the most reviled carriers out there when it comes to redeeming miles, and it's not hard to see why. Between no longer publishing award charts and consistently devaluing the program without notice, the SkyMiles program isn't exactly a reader favorite. Nevertheless, there are still some great ways to make the most of the program when it comes to economy redemptions. Here are a couple examples:

The first Star Alliance carrier on the list is All Nippon Airways and its Mileage Club program, which offers separate award charts for flights on ANA metal and flights on partner airlines. These new charts went into effect back in 2015, when the program shifted from being distance-based to zone-based (removing some generous stopover policies in the process). You're also no longer able to book one-way flights, though the carrier did decrease fuel surcharges on its own flights last year. However, there are still some great ways to get a ton of value from the program, including when it comes to booking economy award flights. Here are a couple of examples:

Singapore's loyalty program, KrisFlyer, is another great Star Alliance option for your Membership Rewards points. Even though the program was devalued earlier this year, there are still some great options for making the most of the program for coach flights, including the following examples:

When we discuss using miles on Emirates, we're normally referring to opulent first-class flights or comfortable business-class flights. However, the carrier's program does offer some decent value when you want to transfer your Membership Rewards points to Emirates and redeem for economy flights. Here's an example:

American Express added the Etihad Guest program as a transfer partner last year, and if you're willing to go through the hassle of booking with inept agents, you can get some great value from the program. Etihad has started removing the true gems of its award chart (like JFK to Brussels in business class for 36,620 miles round-trip), but there are still some good options out there. Here's one of my favorites:

JetBlue's TrueBlue program uses a revenue-based model for both earning and redeeming miles, and TPG pegged these points at 1.2 cents apiece in his most recent valuations. I typically get slightly more value out of them (somewhere in the neighborhood of 1.4 cents), and Membership Rewards is currently offering a bonus on transfers to TrueBlue (1:1 rather than the usual 250:200). As a result, you should come out ahead when transferring to JetBlue and redeeming for economy flights. However, I'd strongly recommend double-checking the flight price when booking through Amex Travel to make sure you don't come out behind.

In addition to redeeming these points for a fixed amount on Virgin America flights, here are a couple other examples of how to make the most of them:

If you currently don't have an account with Membership Rewards (or if your balance is lower than you'd like), there are a few credit cards that offer some nice welcome bonuses, generous perks and solid earning rates on everyday purchases:

As you can see, the American Express Membership Rewards program offers some terrific value for economy-class award tickets, especially when you know which transfer partners provide solid award charts. For the most part, the redemptions I highlight above will get you much more value than by redeeming points directly through Amex Travel, though again, I'd strongly encourage you to double-check before you transfer.

How have you redeemed Membership Rewards points for coach award tickets?