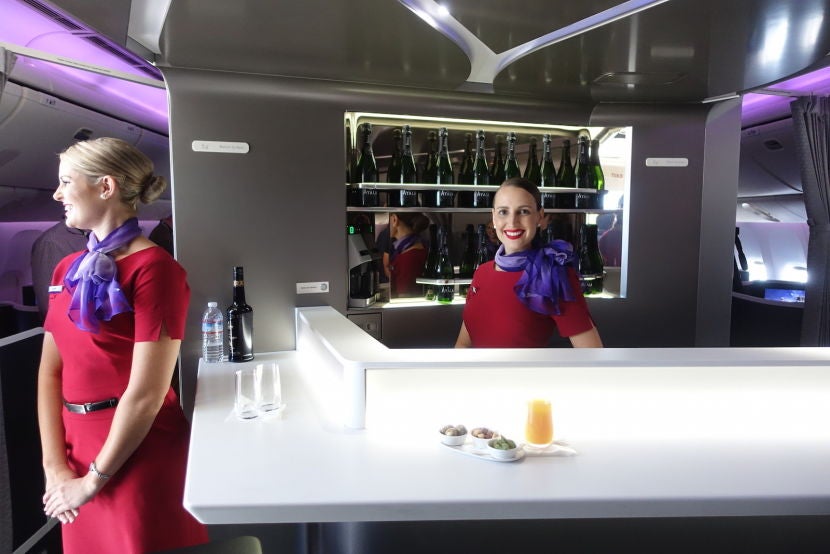 Delta Devalues Partner Awards Without Warning — Yet Again
This post contains references to products from one or more of our advertisers. We may receive compensation when you click on links to those products. Terms apply to the offers listed on this page. For an explanation of our Advertising Policy, visit this page.

Update 4/17/17: Delta has closed the "loophole" that allowed you to book awards at the old rates when including a Delta-operated segment as part of your itinerary.

Update 4/7/17 4:21pm: Delta has confirmed that this is not, in fact, a mistake. The airline provided the following statement: "This change is part of Delta’s regular evaluation of award pricing that can result in increases or decreases".

Update 4/7/17 3:33pm: For some reason or another, partner flights with one Delta-operated segment are pricing at the old rates. For example, here's Las Vegas to Los Angeles (Delta) and Los Angeles to Sydney (Virgin Australia) for 95,000 miles, rather than the 105,000 miles you'd pay when booking just LAX to SYD:

This has been "a thing" for years — Delta making adjustments to its award chart without providing any warning at all. And, with today's change, there wasn't even any notice.

Per One Mile at a Time (and my own searching on Delta's site), several SkyMiles partner awards have jumped quite a bit in cost. By how much? Well, it's hard to pin down an exact figure, since Delta no longer publishes award charts. However in the case of business-class flights to/from Australia, partner awards have jumped from 95,000 miles to 115,000 miles, which is certainly a notable increase.

These increases appear to affect redemptions on select partners specifically — some partner awards have gone up while Delta's award rates have remained the same on the same routes; in other cases, the opposite is true. So, apologies in advance if this is a bit difficult to follow...

The most significant mileage jump seems to impact flights from the US to Australia (and vice versa). For example, 95,000-mile award flights on Virgin Australia just aren't a thing anymore. As you can see below, the lowest fare is now 110,000 miles, but that's only for flights operated by Delta — Virgin awards are now 115,000 miles.

And here's the lowest rate I'm seeing for travel on Virgin Australia:

Partner award flights to Europe are pricing higher as well. In the below example, you can see Delta-operated flights for 70,000 miles, while flights operated by Virgin Atlantic are pricing at 85,000 miles.

So are all partner awards now pricing higher than their Delta equivalents? Bizarrely enough, no, that isn't what we're seeing. Check out Atlanta to Seoul on Korean Air (95,000 miles) vs. Delta (105,000 miles) — in this case, you're actually saving 10,000 miles by flying a partner carrier.

And other award rates appear to have actually decreased. Take Garuda Indonesia's nonstop from Bali to Tokyo, which I flew in 2015. At the time, I redeemed 40,000 miles for this award. Then, last January, Delta raised this redemption to 50,000 miles — now it appears to have dropped back to 40,000 miles. Huh?

Even though this change has been implemented so inconsistently, all indications originally pointed to this being some kind of mistake. However, Delta confirmed with us that the changes legitimate. If you're looking to book an award with your SkyMiles, be aware of the increased (and decreased) rates for partner awards.

Featured image by Getting ready to mix up some drinks at the bar.