Articles
Nick Ellis joined The Points Guy in 2016 as an intern and is now Reviews Editor, primarily responsible for arranging, writing (some of), editing and publishing reviews of hotels and airport lounges along with helping manage, write and edit travel content.
Follow
April 08, 2017
•
5 min read 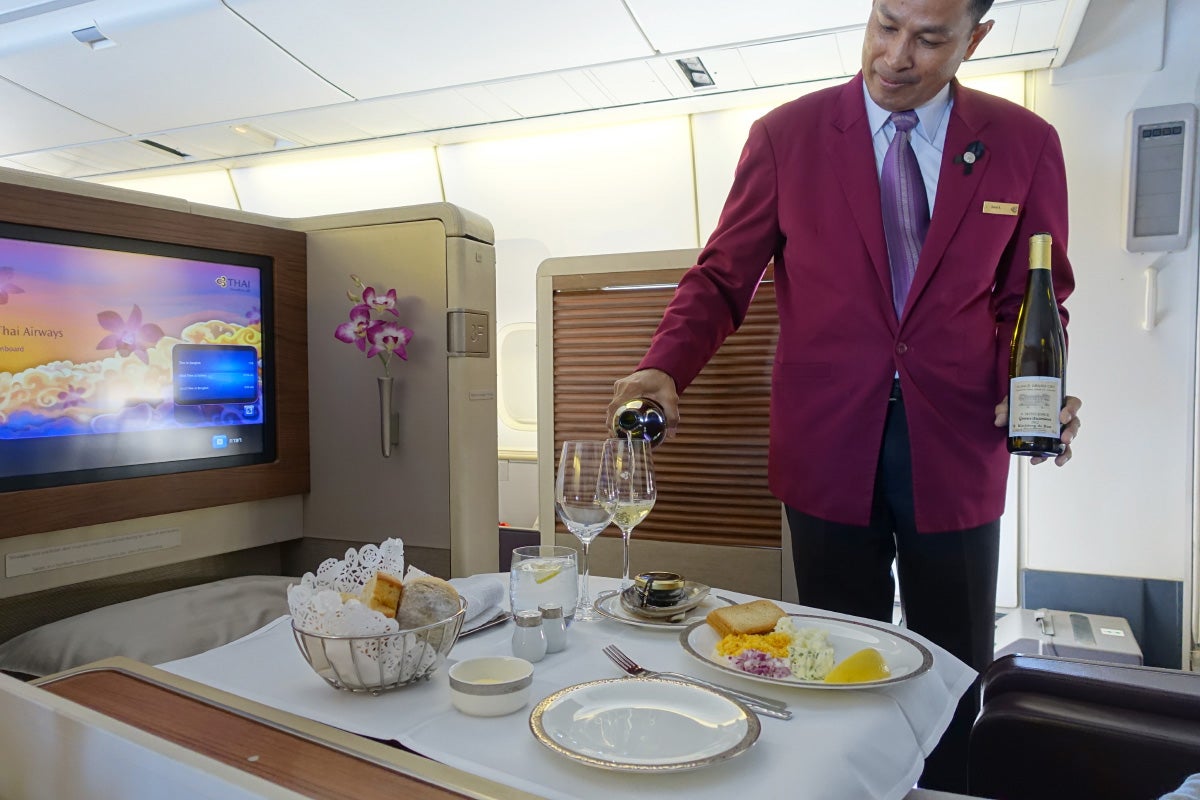 9 Hours Alone in Thai First Class, Norwegian Adds New US Cities, Cramped A380s and More
This post contains references to products from one or more of our advertisers. We may receive compensation when you click on links to those products. Terms apply to the offers listed on this page. For an explanation of our Advertising Policy, visit this page.

Update: Some offers mentioned below are no longer available. View the current offers here: Marriott Rewards Premier Plus Credit Card

At just 40,000 United miles for the one-way trip from Sydney (SYD) to Bangkok (BKK), Thai's first-class experience can't be beat. Join Editor-in-Chief Zach Honig for the full review of the 9-hour experience.

This week, Norwegian Air shared that it'll be starting two new flights between the US and Europe: Denver (DEN) and Seattle (SEA) to London (LGW). You can now purchase tickets on both routes.

Airbus Details Plans to Add 80 More Seats to the A380

This week at the Aircraft Interiors Expo in Hamburg, Germany, Airbus showed off a concept that would add up to 80 seats to its superjumbo jet, the A380. How does 3-5-3 in economy sound to you?

There are tons of travel rewards credit card offers to choose from — familiarize yourself with the best offers for this month.

If you have a Citi-issued American Airlines co-branded credit card, you're eligible to save between 1,000 and 7,500 AAdvantage miles on select award bookings. To book one of these reduced mileage awards, you'll need to first find MileSAAver award availability on American Airlines’ website, then call AA at 1-800-882-8880 — or your elite reservations number, if applicable — to book the ticket.

It's been over 20 years since Biman Bangladesh has flown to New York, but apparently the airline wants to give it another go. But, with a limited long-haul fleet, it's unclear how the carrier would pull this off.

If you re-load a Starbucks Card online or in-app with your Marriott Rewards Premier Credit Card between now and April 15, 2017, you'll receive 10% back in the form of a statement credit.

Delta and WestJet shared that they're expanding the reciprocal mileage agreement they've had in place since 2014. SkyMiles members are now able to redeem SkyMiles for all flights in WestJet's network, and WestJet Rewards members can redeem WestJet dollars on select routes including flights to Paris, Tokyo, Rome, Madrid, Hong Kong, Shanghai and Sydney.