These are the 10 most popular national parks in the US 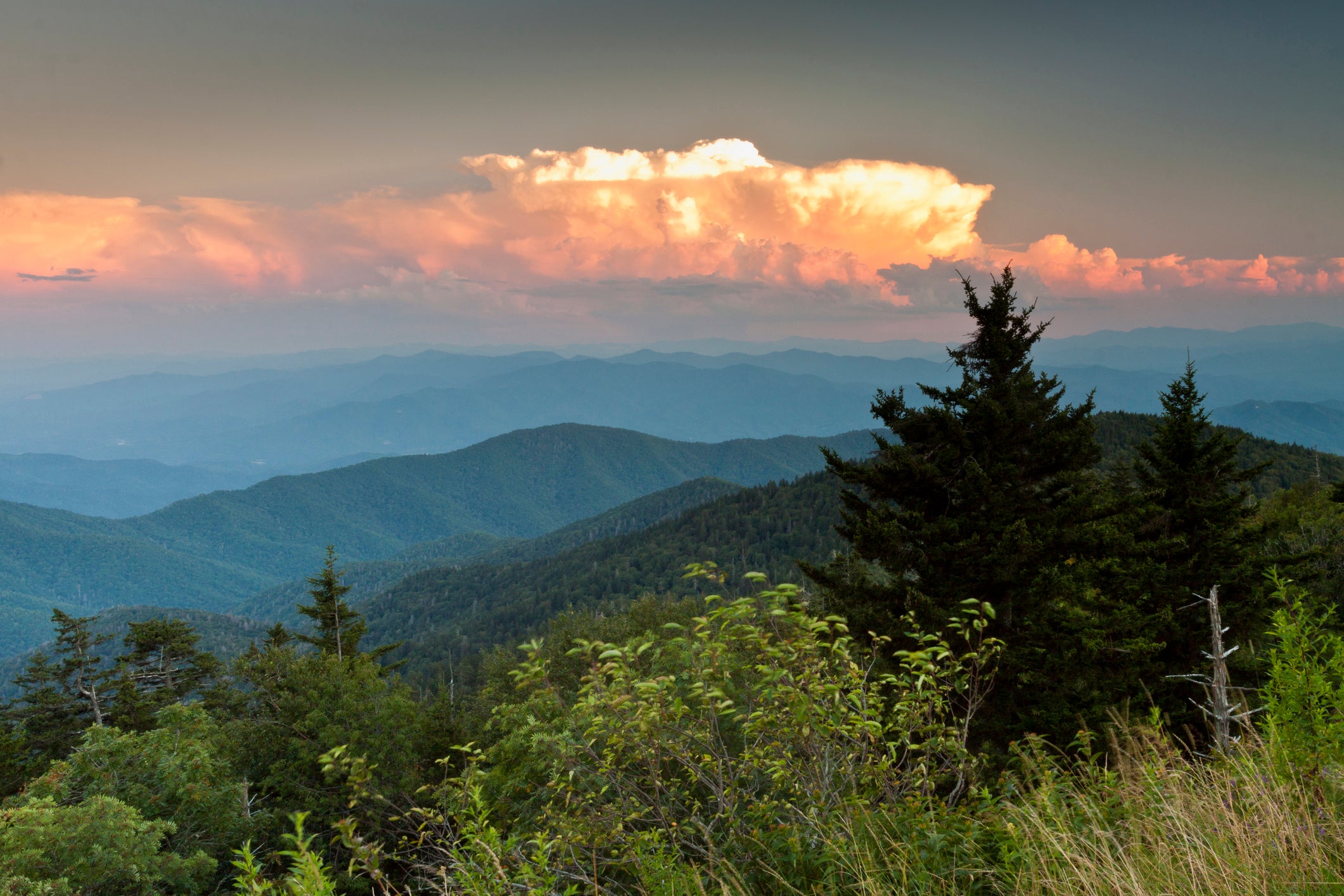 National parks are as built into the fabric of American society and culture as baseball and road trips down Route 66. The National Parks Service (NPS), the government organization charged with preserving America's natural resources, currently looks after 417 sites that cover more than 84 million acres of protected lands in every US state and territory. And people are flocking to them. The NPS recently reported it received more than 331 million visits in 2016 — breaking all previous records — during its centennial year. Here's a look at the 10 most-visited national parks and why you should plan to visit them, too.

Number of Visitors: 11,312,786
America's most-visited national park, which saw a staggering 11.3 million visitors in 2016, straddles the border between North Carolina and Tennessee, and is abundant with plant and animal life, scenic hiking trails and Appalachian mountain culture.

There is more to fall colors than just the leaves. (Photo credit to @zack_knudsen)

Number of Visitors: 5,969,811
Located in Arizona, the sheer size Grand Canyon National Park is enough to gawk at but its high rims, deep ravines and the winding Colorado River below are bound to leave a lasting impression as well. With views like this, it's no wonder people often get married here.

"Because I know that time is always time And place is always and only place, And what is actual is actual only for one time And only for one place, I rejoice that things are as they are." -T.S.Eliot (Photo courtesy Christian Schroll) #GrandCanyon #Arizona #FindYourPark -mq

Number of Visitors: 5,028,868
Yosemite, located in California's scenic Sierra Nevada Mountains, is known for its towering ancient sequoias and beautiful Bridalveil Fall vistas. The granite cliffs of El Capitan and Half Dome also bring in rock climbers from all around the world.

Many of us who work in Yosemite have seen Tunnel View too many times to count but that doesn't mean it ever fails to take our breath away. Whether there's a new dusting of snow on the cliffs, a rainbow reveals itself in Bridalveil Fall, or a sunset changes the colors seen on these granite faces before our eyes; this viewpoint never looks the same twice. When have you been surprised by a familiar view? #yosemite #nationalpark

Number of Visitors: 4,517,585
With more than 300 miles of hiking trails featuring stunning views, 415-square-mile Rocky Mountain National Park is a great place to visit during any season.

Diamonds and stars are just a few of my favorite things! Thanks for this amazing image of Longs Peak and the Milky Way @nathanwelton What are your favorite thing about Rocky? #findyourpark #nightsky #longspeak #makemomentshappen #milkyway #mountainlife #rmnp

Number of Visitors: 4,295,127
Zion National Park is located in southwest Utah and home to steep sandstone cliffs, narrow canyons and forest trails along the Virgin River. Streams flow and collect in Zion's emerald pools, aptly named for their deep green coloration. Zion's also known for having some of the best rock climbing in the US, great news for all the adventure seekers and adrenaline junkies out there.

Hop Valley Trail begins off the Kolob Terrace Road and wanders through the open fields with wide open views of the surrounding rock formations. As you near Hop Valley, the trail starts it's descent. The valley floor of Hop Valley is breathtaking with it's flat sandy bottom and vertical walls rising on both sides. Photo by Russ Cash, NPS.

Number of Visitors: 4,257,177
Established in 1872 by President Ulysses S. Grant, Yellowstone is the world's first national park, consists of more than two million acres of land and is home to thousands of miles of hiking trails, geysers, waterfalls and a plethora of wildlife. A glimpse at the photo below is more than enough reason to start planning your trip.

National parks preserve many things, including moments like this. Happy 100th Birthday, National Park Service: onward to the next century! #NPS100 #FindYourPark #EncuentraTuParque

Number of Visitors: 3,390,221
This national park is known for its forest, coastal and mountain ecosystems that combine to create this natural wonderland along Washington's Olympic Coast. It's both a UNESCO World Heritage Site as well as an International Biosphere Reserve, making it a living laboratory for scientists and visitors alike.

Number of Visitors: 3,303,393
Acadia National Park, located right off the Atlantic on Maine's Mount Desert Island, features a number of secluded beaches, long shorelines, inlets, bays, forests, mountains, lakes and ponds. On top of the plethora of natural features and ecosystems you'll find here, Acadia's dark skies are perfect for viewing stunning starry nights, which could be one reason for the more than 3.3 million who visited last year.

More from our #thankful week posts from you! #Repost @dan_vs_wildd ・・・ @acadianps #thankful for the awesome week vacation that Acadia was able to provide for me. #repost #acadia #acadianationalpark

Number of Visitors: 3,270,076
This national park is located just outside Jackson Hole, Wyoming, an area especially popular during the winter when ski fever takes over the region. The Tetons are an outdoor lover's paradise, known for mountaineering, hiking and camping as well as kayaking and canoeing during the summer. Nothing beats escaping the madness of the ski resorts and snowshoeing or cross-country skiing your way through this beautiful national park when the snow has just fallen.

"I felt my lungs inflate with the onrush of scenery—air, mountains, trees, people. I thought, 'This is what it is to be happy.'" -- Sylvia Plath. #jennylake #gtnp #grandteton #nationalpark #nps #mountains #teewinot #canoeing #kayaking #peaks #scenery #lake #water #findyourpark (jk)

Number of Visitors: 2,946,681
Called the Crown of the Continent, Glacier National Park was established in 1910 and is made up of a vast range of mountains that were created by prehistoric ice rivers. The park, visited by 2.9 million people last year, is home to forests, waterfalls, glaciers and sparkling lakes.

We can't wait for Thursday for tbt, so we're going to make #memorymonday a thing. Thanks to @nateinthewild for sharing this #sunrise at #SwiftcurrentLake in #GlacierNPS with us.

What's your favorite national park? Tell us about it, below.