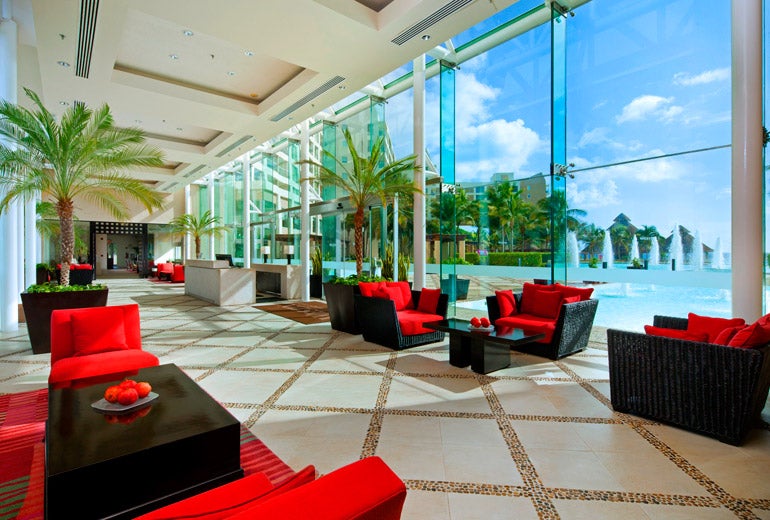 Starwood Preferred Guest 25% Discount for Buying Starpoints
This post contains references to products from one or more of our advertisers. We may receive compensation when you click on links to those products. Terms apply to the offers listed on this page. For an explanation of our Advertising Policy, visit this page.

Starwood Preferred Guest is offering a 25% discount on purchased Starpoints now through December 31, 2014. Much like the last time this promotion was offered, the discount is tiered. To get the full 25% off, you’ll need to purchase the maximum amount of 20,000 points.

The tiers are set up as follows:

Purchasing 20,000 Starpoints would normally cost $700 (3.5 cents/point). If you were to buy the maximum amount of 20,000 points with the 25% discount, the price would come down to $525 (2.625 cents per point). You can buy points for your own SPG account or gift a maximum of 20,000 Starpoints to another SPG member in a calendar year. The account that receives the Starpoints must have been open for a minimum of 14 days.

Is the Promotion Worthwhile?

As with all buy-points promos, its value depends on how you plan to redeem your points. Starwood has some amazing top-tier properties around the world, and in some prime locations.

Suppose you wanted to spend a spring break weekend in Cancun. Studio Villas at the Westin Lagunamar Ocean Resort and Spa are going for $360 or 10,000 Starpoints per night at this category 4 property for the weekend of March 6-8, 2015.

Instead of paying $720 for the room outright, you could purchase 20,000 Starpoints for $525 with this promotion, and save yourself around $195 on the rate.

There are other similar opportunities to be found, but many properties would be more expensive if you were to buy and redeem points. As with most buy points promos, I wouldn’t recommend buying points speculatively. I value Starpoints at 2.3 cents apiece, which is less than what you pay with this promotion even if you buy the full 20,000 points. If you have a specific upcoming Starwood stay you want to book, do the math for yourself to determine whether buying points is a good value. Otherwise, I'd hold off.

One other scenario where this promotion might be useful is if you have an upcoming award flight with one of SPG's airline transfer partners (American, Delta, British Airways, etc.), but are a little short on miles. You get a 5,000 mile bonus when you transfer 20,000 Starpoints to airline partners, so buying 20,000 Starpoints gets you 25,000 miles for $525, which comes out to 2.1 cents per mile.

Again, that's higher than I value any airline miles, so I wouldn't buy them speculatively, but that amount could be worthwhile if it means being able to buy the first class award you've been planning.

If you're looking for other ways to boost your Starpoints balance, the Starwood Preferred Guest Credit Card from American Express offers a sign-up bonus of 25,000 points after you spend $3,000 within the first 3 months of cardmembership. The $95 annual fee is waived for the first year.

You can also get 500 Starpoints for updating your SPG profile online. Those points won't get you far by themselves, but it's low-hanging fruit, and every bit helps!