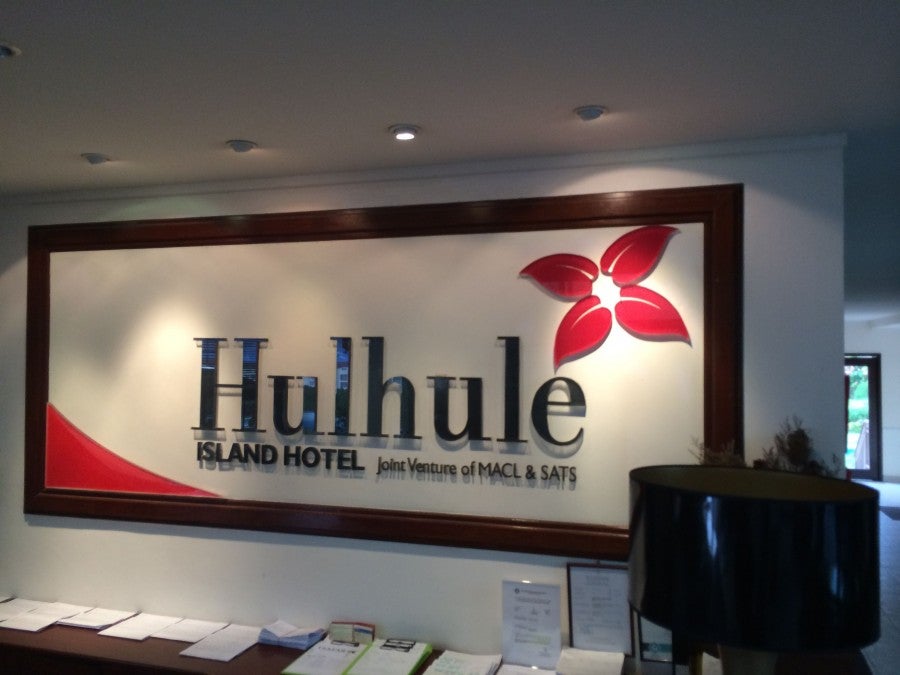 Hotel Review: Maldives Airport Hulhule Island Hotel
This post contains references to products from one or more of our advertisers. We may receive compensation when you click on links to those products. Terms apply to the offers listed on this page. For an explanation of our Advertising Policy, visit this page.

This is the second post of in the series from my recent "Around the World" trip to the Maldives, India and Dubai. Follow along to read my reviews on several different aspects of my trip. Other posts in this series include: Quick Singapore Layover & Singapore Airlines A330 Business Class to Male, Maldives

As part of my recent jaunt to India and the Maldives, I spent my first night in Male at the Hulhule Island Hotel before taking a seaplane to the more opulent Conrad on Rangali Island, where I stayed thanks to pre-devaluation Hilton points.

Located on the Male International airport, the Hulhule is a convenient place to rest your head after a long flight. I arrived from Singapore at 10:30pm and the seaplanes to Rangali island don't fly at night, so an overnight was the only option. The city of Male is actually a ferry ride away, so this hotel is perfect for a quick one-night stay but I wouldn't recommend it being your final destination.

I booked two Superior Rooms for one night, costing a total of $537.56 ($269 per night), through Agoda.com, which I found to be the cheapest option and included a 21% early discount.

There is a free shuttle that runs around the clock to and from the airport, which is only five minutes away, as well as a complimentary ferry to the capital that takes 10 minutes.

The Hulhule Island Hotel has 136 rooms including suites with their own private jacuzzi. As I wasn't going to be there for long and knew I was heading to the luxuriousness of the Conrad, I opted for the cheapest simple Superior Room. It was basic but perfectly comfortable, with a King size bed, ocean view, and modern decor.

The room had a flatscreen TV, iPod docking station, coffee and tea maker plus full bathroom amenities and slippers.

There were a few nice extra touches too, such as a choice between 16 types of pillow, fresh fruit upon arrival, and a complimentary breakfast buffet that included more fruit, and a wide choice of hot and cold dishes. The breakfast wasn't the nicest buffet I've had, but hit the spot since we had a 7am flight and just needed to grab food before we left for the airport.

WiFi was complimentary in the lobby, but you had to pay for it in the room and it was extremely slow. I ended up getting a refund and just using the free lobby wi-fi that was quick enough to make Facetime video calls.

Overall, it was a step above your average airport hotel. Where the Hulhule shines is in convenience- there was a van waiting for us on arrival and also to take us to the airport the next morning. I'd much rather stay here than trying to take ferries late at night between the airport and mainland.