Snoozeworthy: United (757-200) in Economy From Seattle to Newark 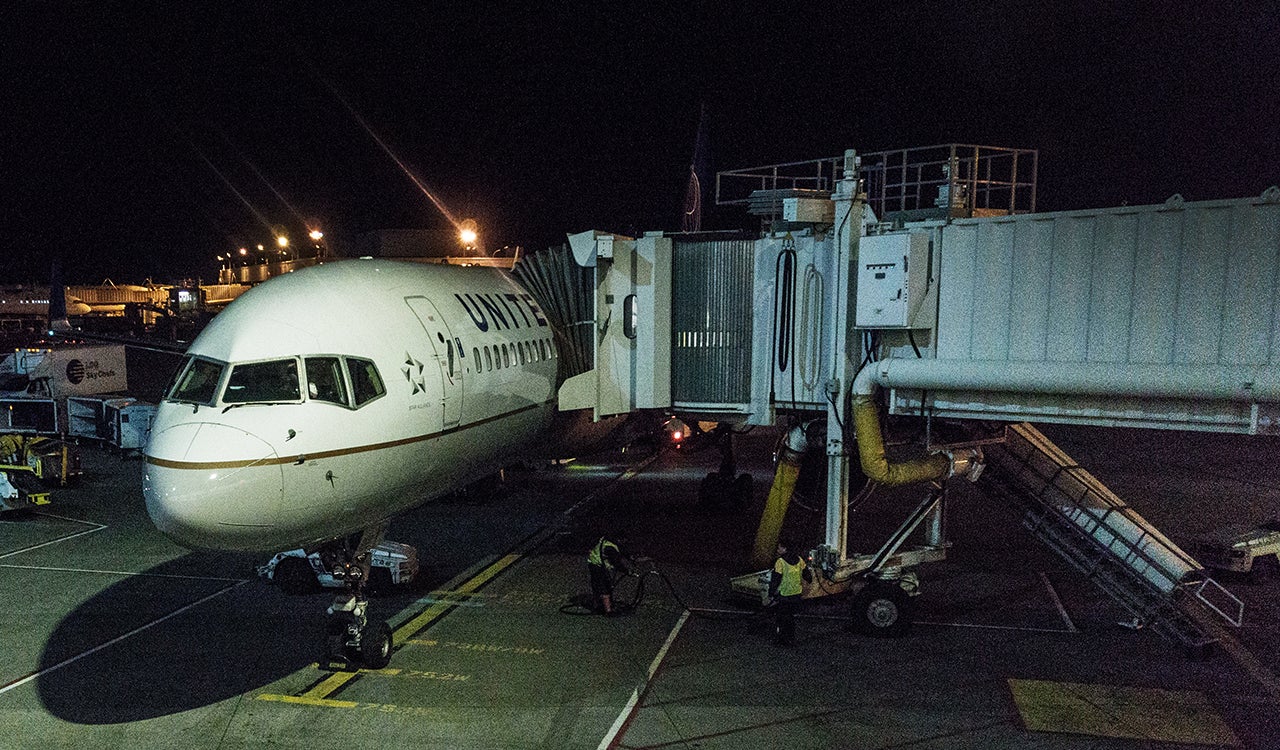 Last month, I had to make my way across the country for a weekend in New York and spent a significant amount of time weighing my options for getting there. United 1695 to Newark (EWR) was ideal, as it was slated to leave SEA at 10:35pm, which fit my schedule perfectly. In addition, it was operated by one of my favorite birds in the United fleet, the 757-200. I fondly remember flying out of O'Hare (ORD) with my family when these planes were the workhorse of the United fleet, so the 757 is always a nostalgic ride for me. Today, it's usually used for premium transcontinental and international routes and offers lie-flat beds at the front of the bus.

While I didn't originally book my preferred flight since it was significantly more expensive than other options, I was able to leverage a same-day change perquisite from my United status to end up on it — and I even got one of the most desirable seats in Economy Plus.

I'd set price alerts on Google Flights and was tracking UA 1695 for about three months before my departure. The price moved consistently between $250 and $500, but, United was selling seats on the first flight of the next morning for just $169. Since the seat map and ExpertFlyer were showing over nine seats open a few weeks out, I decided to risk it and book that 5:55am flight and then hoped a seat would open up on UA 1695 in my fare class so I could leverage the same-day change benefit that comes with United Gold status. I used my Platinum Card® from American Express and earned 845 Membership Rewards point thanks to the card's 5x bonus category on flights booked directly with the airline. Since I paid for my ticket, I earned 1,152 MileagePlus miles, along with 2,401 Premier Qualifying Miles and 144 Premier qualifying dollars.

Upon check-in, things weren't looking so good for UA 1695, though I did confirm myself on a different red-eye connecting through Chicago (ORD), which wasn't very convenient, either. After constantly refreshing the app all day, I was able to confirm myself onto the nonstop service about two hours before departure. Only middle seats were available, but 7B — in the first row in Economy Plus and with extra legroom at the front of the cabin — was still open.

After making my way through a short line at TSA PreCheck, I made my way to The Club At SEA, a Priority Pass lounge right outside Gate A11, where my flight was departing from.

The lounge could best be described as functional... and drab.

There were no showers and the Wi-Fi didn't work, but the lounge did offer decent booze, packaged snacks, a small selection of cold and hot food items.

I decided to order a glass of Syrah to wind down the day and hopefully help me sleep on the red-eye.

Also at the bar was a wide selection of beer, other wines and mid-range spirits, which I found to be a better selection than at most US full-service airline lounges.

After my pre-flight drink, I headed back down to the gate at around 9:45pm, when boarding was scheduled.

As I walked to the gate, I saw that passengers were just starting to come off the previous flight, meaning that it would be at least another 30 minutes before the plane was ready. Rookie mistake on my part: If I had checked the incoming aircraft on the United app, I might have had time to visit the Centurion Lounge. I decided to head over to the window to take a peek at the 757 we'd be flying before grabbing a seat as the lines for the first boarding groups began to form.

At 10:10pm, I decided to get into line for Group 2, since the agent had mentioned boarding would start in 10 minutes. The line was already snaking around, as the passengers were eager to get on board and get as much sleep as possible before beginning their days on the East Coast.

At about 10:35pm, I was finally on board and even was able to grab some of the last available space in the overhead bins toward the rear of the cabin before making my way to my seat back near the front.

The economy cabin had signs of wear and tear but overall it didn't look too outdated. It was especially nice to have free in-flight entertainment, as it's becoming more of a rarity on domestic flights.

After waiting toward the rear of the aircraft as boarding finished up, I made my way back to Seat 7B, which was stocked with a small blanket. The seat next to me, 7A, was still open... but would my prayers be answered?

The immovable armrest slightly reduced the width for these exit-row seats, but the extra legroom more than compensated for someone with my frame (5 feet, 10 inches and 150 pounds). The seats technically had the same width as those on most of United's 737s, though the seats on its A320s seats are slightly wider.

There was a lavatory directly in front of these seats, though not within touching distance, as it is on some other 737s. Below the seats were two outlets per row on each side. These worked the entire flight, but you did have to jam your charger in there to make it stay.

After boarding was complete, my prayers were answered: Seat 7A remained empty. This meant I had room to stretch out, and it made for one of the most comfortable economy transcontinental flights I've taken.

The IFE monitors for exit-row seats slid out from below the armrests. The system itself featured a solid selection of over 60 movies along with TV shows, podcasts, music and, of course, the airshow map.

The forward lavatory was austere and perfectly functional. It was clean during my only visit.

I should note that the flight attendants were slightly rude to some passengers, specifically one person who was on a knee-crutch scooter. They made her check it, which was fair enough, but then they aggressively said, "This is the best we can do, or you can try to take it onto a different airline," and made her hop to her seat at the back of the plane without any assistance. I can't say I was surprised by the tone of voice or lack of compassion — it's what we all have come to expect from this airline — but I luckily didn't have to interact with FAs much throughout the flight.

There was a beverage and food-for-purchase service immediately after takeoff and another shortly before landing, but I had dozed off before each service. While United has introduced complimentary meals and some alcoholic beverages on their premium transcontinental service from San Francisco (SFO)/Los Angeles (LAX) to Boston (BOS)/Newark (EWR) in Economy Plus, this route did not fall into that category even though it was a similar distance.

While there was nothing that particularly stood out on this transcon flight — United provided a run-of-the-mill way to get across the country. The forward exit row had very generous legroom and made for a comfortable ride. In addition, the free IFE might be valuable to some. The flight attendants, however, were rude to other passengers. Overall, I would be happy to take this flight again, though I wouldn't necessarily choose United on this route over its competitors solely because of the in-flight experience.