Can I Use a Priority Pass Lounge on Arrival Instead of Departure? 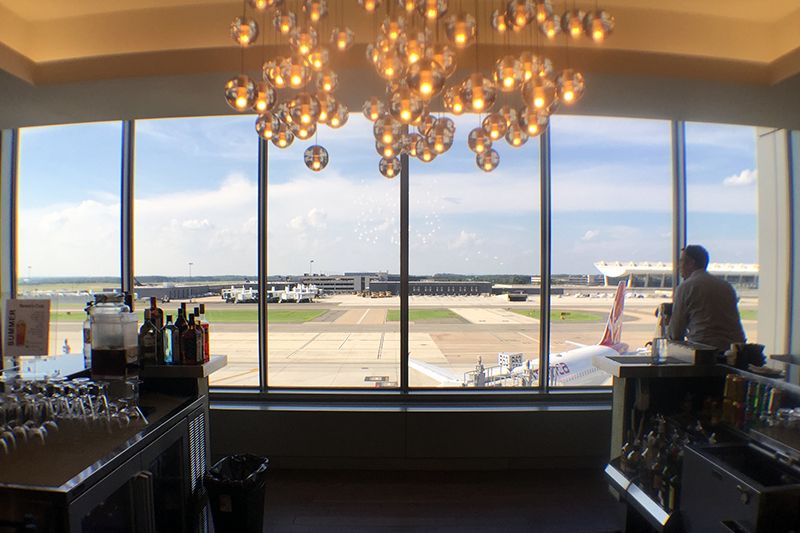 Can I Use a Priority Pass Lounge on Arrival Instead of Departure?
This post contains references to products from one or more of our advertisers. We may receive compensation when you click on links to those products. Terms apply to the offers listed on this page. For an explanation of our Advertising Policy, visit this page.

Priority Pass has grown significantly in recent years, making it one of the largest lounge networks in the world. But can you only use Priority Pass lounges before you fly? That's the question TPG reader Riley asked us in an email...

[pullquote source="TPG Reader Riley"]After I arrive from a flight, can I still use a Priority Pass lounge or do I need to have another flight?[/pullquote]

A complimentary Priority Pass Select membership is included as a travel benefit on several popular premium credit cards, such as the Chase Sapphire Reserve, the Platinum Card from American Express and the Citi Prestige, just to name a few. And the Priority Pass network has improved significantly in recent months, adding Minute Suites in several cities and incorporating a number of actual restaurants into its roster, including the Corona Beach House in Miami (MIA) and three different food establishments in Portland (PDX).

So what's the word on stopping by a Priority Pass lounge after you land, essentially treating it as an arrival lounge? Well, actually, according to the Priority Pass terms and conditions, it depends on where you're flying...

Admittance to lounges is strictly subject to cardholders and any guests, if permitted, being in possession of a valid flight ticket and travel documents for the same day of travel. Airline, airport and other travel industry employees traveling on reduced-rate tickets may not be eligible for access. Outside the US, flight tickets must be accompanied by a valid boarding pass for a departing flight, i.e. outbound passengers only.

Interesting, isn't it? If you're within the US, the terms and conditions indicate all you need is a same-day ticket, which means you should be able to enter a domestic Priority Pass lounge after you land, even if it's your final destination for the day. However, outside the US, you need a boarding pass for a departing flight, which means you cannot use non-US Priority Pass lounges upon arrival unless you have a same-day connecting flight from that airport.

Now, while this is what the terms and conditions say, in practice you'll find that a number of international Priority Pass lounges don't really mind if you come by after your flight. This definitely isn't true of all Priority Pass lounges — some will not allow you to use them as an arrivals lounge. But there are plenty of reports of other lounges not requiring a departing boarding pass even at foreign airports, and in some cases it might even depend on the discretion of the agent sitting at the lounge check-in desk at that moment. There are also some specific international arrivals lounges included in Priority Pass membership, such as the Plaza Premium Arrivals lounges at London Heathrow (LHR) in Terminals 2 and 4. So consider it a case of "your mileage may vary."

If you want to be 100% certain that you'll have a lounge available when you land and no specific Priority Pass arrivals lounge is listed at prioritypass.com for your international destination, you might be able to qualify for your airline's own arrival lounge. For example, American maintains an Arrivals Lounge at London Heathrow (LHR) but you must arrive in London on an AA flight or a few select partners and be either flying in first or business, or have Executive Platinum, Concierge Key or Oneworld Emerald elite status to use it. Other airlines often have arrivals lounges in their key hub cities — SWISS Arrival in Zurich (ZRH), Etihad's Arrivals Lounge in Abu Dhabi (AUH), Cathay Pacific's The Arrival in Hong Kong (HKG) and United's Arrivals Lounge in San Francisco (SFO) are just a few examples, but in most cases you'll need to be flying in a premium cabin or have high-level elite status to use them.

So, Riley, on domestic trips you should be good to go, and if you're flying outside the US, you can do a little advance research to know what to expect at your destination. Thanks for the question, and if you're a TPG reader who'd like us to answer a question of your own, tweet us at @thepointsguy, message us on Facebook or email us at info@thepointsguy.com.

Featured image by You can see the tarmac from the British Airways lounge at IAD.