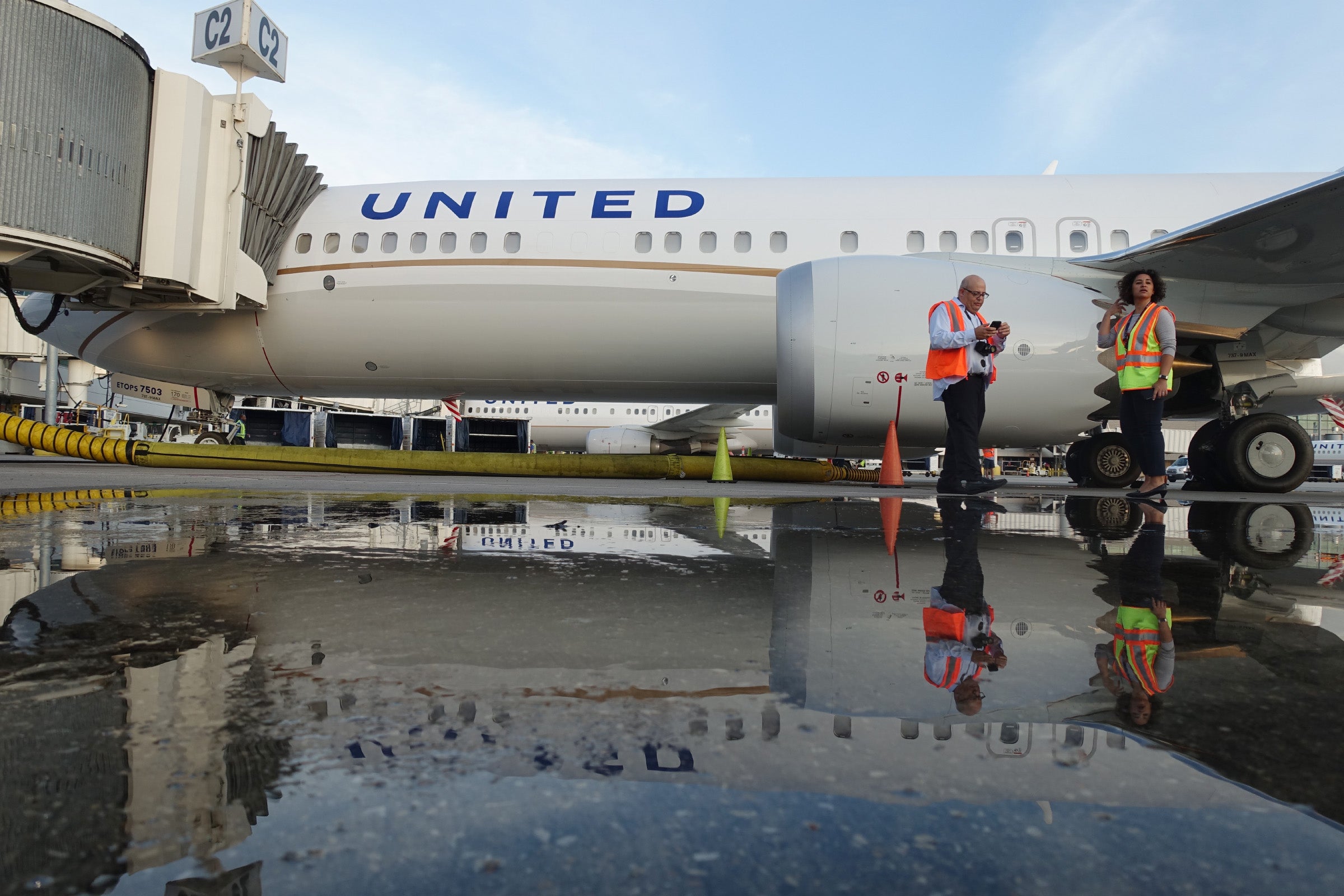 American Airlines and Southwest have been flying Boeing's 737 MAX 8 for months, but this week, United became the first US carrier to launch service with Boeing's brand-new 737 MAX 9. I had a chance to tour the airline's latest plane ahead of its delivery in April, and I've been eager to join the first passenger flight since I first saw this brand-new bird.

Back in February, United shared its initial list of 737 MAX 9 flights, with the first flight scheduled to take off on June 7. I immediately booked a seat on the very first flight, from Houston (IAH) to Orlando (MCO), with the outbound in economy and the return in first class, so I could review both cabins. The round-trip mixed-cabin itinerary cost $490. We used the Platinum Card from American Express to purchase this flight, which yielded a total of 2,450 Membership Rewards points — equivalent to about $47 according to TPG's latest valuations.

As a Premier 1K member, I earned a total of 4,785 award miles, in addition to 853 Premier Qualifying Miles and 167 Premier Qualifying Dollars for the economy outbound, and 1,706 PQMs and 268 PQDs for the return. Thanks to my elite status, I was able to select an Economy Plus seat free of charge, saving $33 for this leg.

United's 737 MAX began operating a handful of daily flights on Thursday — for now, here are your options if you're hoping to catch a ride on this plane:

Then, on June 29, they'll begin operating the following flights as well:

I arrived around 5:30am to a fairly empty check-in area — there wouldn't have been a wait had I needed to check a bag.

After a quick trip through the TSA PreCheck line, I was at the United Club, which had just opened a few minutes earlier at 5:30am. United doesn't offer lounge access to any domestic passengers — even those with top-tier status and/or traveling in first class — but I have unlimited access thanks to my United Club Card.

This particular United Club, located near the C gates, was nearly empty during my visit, with just one other customer keeping to himself in the back corner.

The last time I visited this lounge it was packed, and I'm sure it filled up as the morning went on.

I grabbed a light breakfast of yogurt with granola and banana, along with a cup of coffee to go.

There wasn't any one staffing the bar, though there was a soda fountain and other beverages available at the buffet.

And the Wi-Fi speeds were outstanding — I can't remember seeing Wi-Fi this fast at any airport in the world.

After a few minutes in the lounge, I walked around United's new terminal for a few — I wouldn't have minded passing the time out there, instead. Soon enough, it was time to check out the plane.

United's MAX inaugural was operated by the same plane I saw in Seattle, N67501.

Given the excitement around the day's launch, journalists were invited down to the ramp for a closer look.

After some exterior and cabin shots, we made our way back into the terminal, only to learn that because we went out on the ramp, we'd need to be escorted out of the terminal where we'd have to pass through the TSA checkpoint again. I missed the gate festivities as a result.

I also ended up being one of the last to board, which wasn't an issue since I had a chance to snap some cabin pics earlier in the morning.

Inside, the cabin doesn't look all that different from the airline's existing Boeing 737-900ERs.

There are some minor tweaks, though — new seats, plus a pop-down device holder.

I selected seat 7F for this leg, since I wanted to try out the first row of Economy Plus, which doesn't have a dividing wall between first class.

Unfortunately, due to the lack of wall, the seat belts have airbags in Row 7, though they don't in the bulkhead section of Row 8.

While a bit uncomfortable, I actually didn't mind the airbag as much as I expected.

And it was worth the tradeoff of having under-seat storage, in my opinion.

Without the wall, passengers in Row 7 can tuck their bags under the last row of first class.

There was also more exposure to the first-class cabin than I've experienced on United's other 737s, which might make you especially jealous during the hot-meal service on longer flights.

Aside from the seat belt airbags, the only thing I really don't like about United's MAX is the lavatories.

The sinks are outrageously narrow — as a result, there was water all over the bathroom when I walked in, even though only two passengers had used it before me.

I actually struggled to wash both hands at once — this is more of a one-hand-at-a-time kind of sink.

The rear lavatories aren't any better — they're just as narrow as the lav across from Row 7, with the same awful sink.

As part of the inaugural-flight festivities, all passengers received a certificate, branded headphones and a cookie. Additionally, MileagePlus members 18 years and under on Thursday's MAX flights will each receive 737 bonus miles to celebrate the launch.

Much to the disappointment of passengers who have come to love the convenience of seat-back in-flight entertainment systems, United's MAX doesn't have one at all — customers in both cabins are limited to the free streaming entertainment available through the United app (on a mobile device) or website (on your laptop).

The content looked fine, but not outstanding. If you're a stickler for pixels and distortion-free video, you're going to want to load up your device before the flight.

You can choose between a full-content view, or you can extend the width to fill your screen if you prefer.

There's also satellite Wi-Fi, and it really is a huge improvement. It's provided by ViaSat, and currently uses ViaSat-1, though United will be able to utilize the even more powerful ViaSat-2 satellite once that comes online later this summer. It's easily the best Wi-Fi I've used on a commercial flight.

The download speed was great, and even though the upload bandwidth was restricted, I had no issue conducting a FaceTime call (my girlfriend said I was coming through clear on the other end) and uploading a video and loads of photos.

It also worked from gate-to-gate, which meant I could connect from the ground in Houston and once we landed in Orlando. It did cut out for about five minutes during our descent, but it was still more consistent than every other in-flight Wi-Fi service I've experienced. It was offline for about 30 minutes on our return flight to IAH, though, which I'll cover in more detail in my upcoming first-class review.

United offers stroopwafels on all economy flights departing before 9:45am, and I certainly couldn't turn one down. You can actually warm it up on your coffee cup, if you'd like, though it doesn't exactly get piping-hot.

As a Premier 1K member, I'm also entitled to a free snack box or hot meal (if available).

Since this was a short flight and meals weren't on offer, I requested a Classic snack box, which came along with the goodies below.

Aside from the lavatory dilemma, I really enjoyed flying on United's MAX. It's definitely a smooth ride, and far quieter than previous-gen 737s — especially during takeoff. The Wi-Fi is outstanding as well. I just wish I had beat my new friend Jack to the window seat!

The only real criticism I have is about the bathrooms — and they really are bad. I've heard plenty of complaints about AA's 737 MAX lavs (though AA did install aerators to remedy the spraying issue), and I'm very disappointed to see that United decided to install the same model here — they're just so small.