My best-ever hotel experience: A stay at the iconic Raffles Singapore

Articles
Clint Henderson is the managing editor for news at TPG. He worked in TV news for 20 years, including stints at ABC, MSNBC and Fox, before landing his dream job. Send tips to Clint.Henderson@thepointsguy.com.
Follow
Dec. 24, 2020
•
7 min read 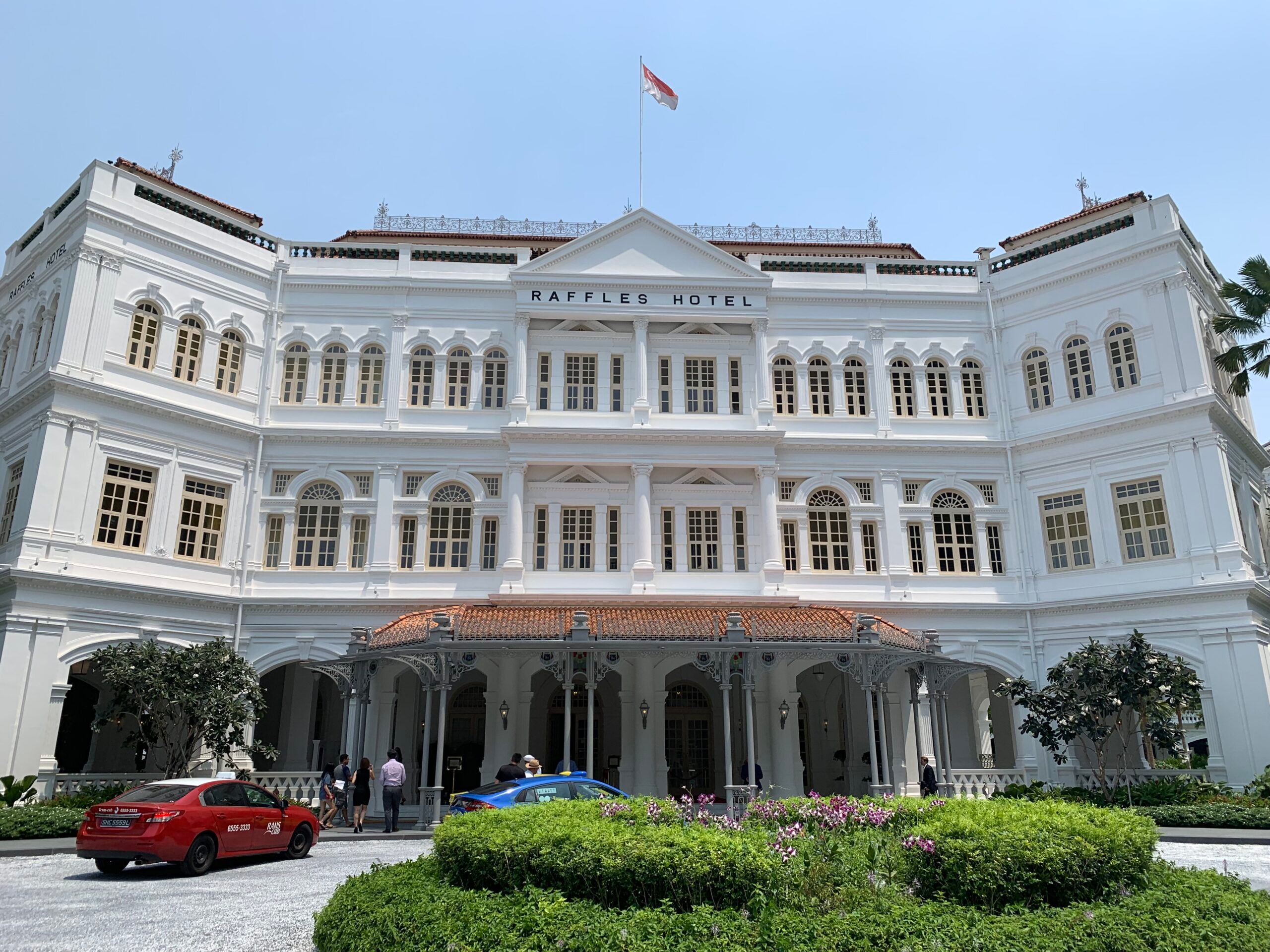 This news is not just a hopeful sign of an eventual rebound in international travel, but it also reminded me of one of my favorite cities on earth and what is probably my favorite hotel experiences to-date at the newly renovated Raffles Singapore.

I was invited to stay as a guest of the hotel during a press trip prior to working at TPG, and what follows are my impressions from this one-of-a-kind hotel.

Raffles Singapore is probably one of the most famous hotels in the world. It was opened by two Armenian brothers all the way back in 1887 as a ten-room hotel and over the years has turned into a posh retreat for the rich and famous.

In 1987 the hotel was designated a national monument, and then it closed for a complete renovation in February of 2017 and reopened just last summer after more than two years of work.

Tim Jue is a San Francisco-based aviation and travel reporter. He was there not long after the hotel had its grand reopening and told TPG, "Raffles is to Singapore as The Peninsula is to Hong Kong and the Plaza is to New York. Every world city has its storied hotel, the one where the celebs stay and where heads of state get photographed shaking hands with other VIPs. In Singapore, that’s Raffles. In a city full of high-end brands, Raffles is the grand dame of them all."

As you'd expect, staying at this iconic hotel doesn't come cheap. Basic rooms at this hotel start at $650 per night and it's not uncommon to see rooms going for $1,000+ per night.

Related: 3 ways to do Singapore on points

Fortunately, Raffles is part of the Accor Live Limitless loyalty program, so you could potentially use Accor points for your stay, though it's not a cheap booking on points either. Redeeming 2,000 points will get you 40 euros off your stay ($54 at the time of writing).

Guest rooms are modern but have historic charm

I was in what's called a Courtyard Suite with a living area that opened up into a four-poster bed. As Raffles describes, these rooms are "Clustered around the heart of the hotel, [and] all 31 Courtyard Suites provide direct and easy access to the main building and many of Raffles’ iconic facilities."

My favorite thing about the room was the amazing marble bathroom heavy on Victorian style. Some of the hotel's bathrooms also have Peranakan tiling -- a local specialty. The huge tub made for a really special bubble bath.

I loved the four-poster bed and the many areas around the room where you can eat, read or work. The Wi-Fi was super-fast and while the room had every modern convenience, it was remodeled in such a way that you didn't lose any of the historic charm.

I really didn't want to leave.

In the heart of the city

Raffles Singapore is in a prime location at 1 Beach Road, one of the most famous addresses in the city-state. It's a quick walk to tons of great shopping, and I actually walked to the marina to see the famous Singapore Merlion fountain and even as far as Marina Bay Sands and the absolutely incredible Gardens by the Bay.

Service was impeccable, from the uniformed personnel at the front entrance to the restaurants to the check-in desks there were zero hiccups.

All rooms at the hotel come with butler service, and I loved having the butler bring a (virgin) Singapore Sling to my room.

It may be hard to leave the hotel

There is plenty to do in Singapore even for an extended stay, but you could also just spend several days on the hotel grounds. The renovated pool area was one of the highlights for me. There were sweeping views of the cityscape, including peeks at the nearby Sands Marina Bay hotel. The tropical weather means the pool should be open for much of the year.

Raffles Spa was also completely overhauled and offers massages, manicures and pedicures and even grooming options.

Raffles Arcade offers a ton of top-tier shopping. When I was there, it was almost time for the Mooncake Festival, so there were a ton of vendors selling mooncakes, a Singaporean specialty.

If you're a foodie, this really is the hotel for you.

Breakfast is served every morning, buffet-style, at the remodeled Tiffin Room which is where they serve Indian cuisine at lunch and dinner (since 1892!). I didn't try the Indian food at night, but the breakfast was one of the best I've had at any hotel in the world.

I did try one of the brand-new restaurants on property, Le Dame de Pic where I had an epic five-course dinner. The space just off the hotel lobby is a collaboration with Chef Anne-Sophie Pic of the three-Michelin star Maison Pic in Valence, France.

I also got to experience afternoon tea in the Grand Lobby, featuring classic tea sandwiches, scones and cakes all served in high-style.

I didn't get to it this time, but the famous Long Bar is still going strong. It's known to be the place where the Singapore Sling cocktail was invented, and it reportedly attracts quite a boisterous crowd that still throws peanut shells on the floor.

I also got to try out the brand-new Yì By Jereme Leung, which offers delicious takes on traditional Asian fare.

My stay at the renovated Raffles Singapore was one of my best-ever hotel experiences. The room was decorated to perfection, the bedding was fabulous and the marble bathroom was the most beautiful of any room I've ever spent a night in. The price of the hotel is the only thing that would keep me away in the future, especially with so many good hotels in the city. I would say, though, that if there was a bucket list hotel to put on your list, Raffles Singapore should be on it, no matter how much it costs.

As Jue told me, "When all of the unpleasantness is over, and we’re back to traveling — staying at the Raffles again is high on my list. It's 133-years-old, and it will have withstood two global pandemics. That’s resiliency and staying power right there. So you’ll find me at the long bar with a Singapore Sling -- we’ve deserved a few after 2020."

Featured image by Raffles Singapore. (Photo by Clint Henderson/The Points Guy)
Editorial disclaimer: Opinions expressed here are the author’s alone, not those of any bank, credit card issuer, airline or hotel chain, and have not been reviewed, approved or otherwise endorsed by any of these entities.