Articles
Ethan Steinberg has been a frequent flier for as long as he can remember. He went from studying abroad in Paris to moving to Shanghai after graduating college, where he covered all things travel in the Asia-Pacific region for TPG.
Sept. 01, 2018
•
11 min read 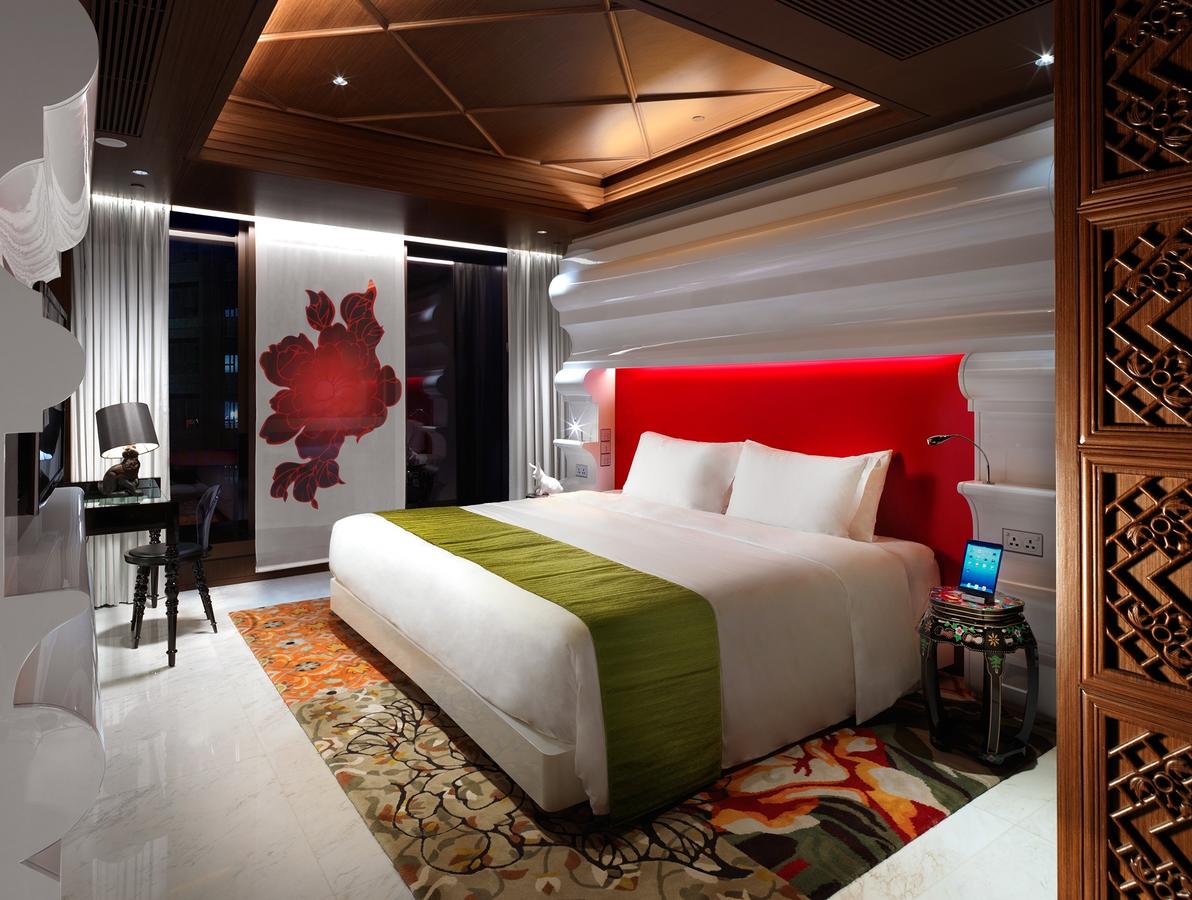 Even though the actual IT rollout of the new Marriott loyalty program has been somewhat lacking, I have few complaints about how Marriott has integrated the SPG program's best features with its own. The chain has kept valuable airline transfer options intact, in many ways increased the value of annual free night certificates from its co-branded credit cards and kept the combined award chart fair and reasonable. My one outstanding concern has been how the new program will treat its top-tier elites, an area where SPG has historically excelled while Marriott ... has not.

Eager to experience life as a top-tier SPG elite one more time, last month I set off for a weekend in Hong Kong, looking forward to a last hurrah before the programs combined and SPG disappeared forever. While the Mira Moon is not the fanciest hotel I'd ever been to, I couldn't find a single bad thing to say about the property.

I'd been hoarding SPG/Marriott points for a while, as I hoped to book some high-end hotels right after the programs combined on August 18, so I decided to pay cash for this pre-combination stay. My total for two nights came out to 3,088 HKD (just under $400 USD), which I thought to be a pretty good deal by Hong Kong standards. If I'd been looking to redeem points, it would have cost me 24,000 Starpoints total in the old program for the two nights, which were worth $648 based on TPG's final valuation of SPG Starpoints.

Now, under the combined Marriott loyalty program, the Mira Moon is still a Category 5 hotel costing 35,000 Marriott points a night at standard pricing. This will make it eligible for use with the free night certificates from the Starwood Preferred Guest® Credit Card from American Express, Starwood Preferred Guest® Business Credit Card from American Express, the Marriott Rewards Premier Plus Credit Card and the Marriott Rewards Business Premier Plus cards. A $200-a-night hotel in an expensive market is a pretty good value in exchange for the $95 annual fee that each of those cards carry.

The Mira Moon was on the north side of Hong Kong Island and easily accessible by public transit. We took the Airport Express MTR from Hong Kong Airport to the final stop, Hong Kong Central Station. The whole ride took about 40 minutes and cost $15. From there, it was a five-minute taxi or Uber to the hotel. The hotel was walking distance from the Causeway Bay Metro stop on the Island Line.

This boutique hotel made efficient use of space despite having a relatively small footprint. The entrance was beautifully decorated with the hotel's signature mosaic pattern and bright red furniture, as well as the first of many rabbits (but more on that later). The entrance also smelled incredible, a little touch that made all the difference when we were coming in out of the 100-plus-degree heat.

The actual lobby and check-in desks were on the fifth floor along with a few more rabbits.

We were checked in by an associate who easily could have been younger than my 22-year-old self. I asked about the possibility of a suite upgrade and was told that the hotel only had one suite, so he gave me the next best room available, a Full Moon Room that came with a partial harbor view. He even escorted my girlfriend and me up to our room with a map of Hong Kong, pointed out all the nearby attractions, and left us his business card. Talk about door-to-door service!

Our 33rd-floor room felt incredibly private, as there were only four rooms to a floor, two on each side.

The door opened up to a large king bed, with a desk and TV in the corner.

Carefully tucked away in one of the many ornate wood cabinets were a fancy minibar, Nespresso machine and bottles of water.

Perhaps the highlight of the room was the bathroom, which featured a floor-to-ceiling flower mural in the same bright red and orange colors as the rest of the hotel.

The bathroom mirror was positioned so you could see the mural everywhere, whether you were in the bathtub, at the sink or in the shower.

Speaking of well-positioned mirrors, the door to the bathroom had a full-length mirror on both sides. This meant that if you left it cracked open, you could see stunning harbor views from the comfort of your bed.

Scattered throughout the room were various reminders of how "good rabbits" were supposed to behave.

And to please not disturb any of the sleeping bunnies.

While I appreciate the exhaustive commitment to a theme, my one minor complaint about the room was that the light switches were unintelligible. Seriously, can any of you figure out which of these buttons turns the light on? Or off? After two days, I still had no idea.

Each room also included an iPad and mobile hotspot that you could take with you during the day. If you struggle with cell service while traveling, this is an awesome way to stay connected on the go, and it's a feature I wish more hotels would offer.

Since the Mira Moon was a member of SPG Design Hotels, Platinum elites didn't get free breakfast. Thankfully, there were two hotel restaurants worth visiting. On the fifth floor, opposite the check-in desks, was a champagne bar that served Veuve Cliquot (388 HKD, or about $50, for two glasses). Down on the third floor was Supergiant, a tapas bar named after the largest class of star.

By this point, my girlfriend and I had already fallen in love with the Mira Moon and wanted to see if there was anything about the hotel we could complain about. So we decided to have dinner at Supergiant. The two of us normally fail miserably at enjoying tapas, leaving hungry and ordering a pizza later in the night. We were determined not to repeat our mistake.

We started with cold cuts and a buffalo-mozzarella-and-tomato salad, which had fresh raspberries to balance out the balsamic glaze.

Next up were scallops in a pumpkin puree dotted with caviar.

Following were portobello sliders that were juicier than any hamburger I'd ever had.

Dessert was a matcha lava cake with crumbled honeycomb.

And we also had a regular lava cake, just so we'd have a fair comparison, of course.

Dinner and a couple of drinks came to about $150. While not nearly as cheap as what I've gotten used to in Shanghai, every bite we ate was absolutely delicious and solidified my already favorable impressions of this hotel.

Before I jump into the on-site amenities and the full story of the rabbit theme, I have to give a shout-out to the amazing service we received. After a full day exploring Victoria Peak, we came back to our room to find a bottle of prosecco waiting for us.

Also waiting was a handwritten note from the front-desk agent who'd checked us in the night before.

I earned my SPG Platinum status, but I definitely look younger than my age. (People assume I just graduated from high school.) I often get treated with kid gloves when traveling, having to ask several times for that pre-departure champagne or suite upgrade. It's also rare that I encounter anyone as young as me in the service industry, and so while the bubbly was lovely in its own right, the deeper moment of human connection it represented really left a smile on my face all weekend. All the staff members we interacted with were on the younger side, yet all of them seemed genuinely concerned with making sure we had the best stay possible. That right there is the difference between a good hotel and a great one.

Despite its relatively small size, the hotel featured a decent gym.

There were a number of treadmills, a set of weights and beautiful views of Kowloon across the harbor, but not much else.

From the lobby to the rooms to the gym to the coasters at dinner, this hotel had more rabbits than you could possibly count. We forgot to ask about the story while we were there, but thankfully the hotel provided a full explanation on its website, a variation on the Chinese myth of the rabbit who lives in the moon, waiting to be reunited with her husband on Earth.

So there you have it. The many rabbits are a sign of love and companionship, as well as being adorable decorations.

I have never had such a thoroughly enjoyable hotel stay in my life. In a city known for high-end luxury, the Mira Moon still found a way to beat all my expectations. I'd love to return if I'm back in Hong Kong. As a 35,000-point-a-night Category 5 hotel, this place might be one of the best ways to redeem free-night certificates in the new Marriott program.