In Town, Out of Touch: A Review of the Hilton Canopy Reykjavik 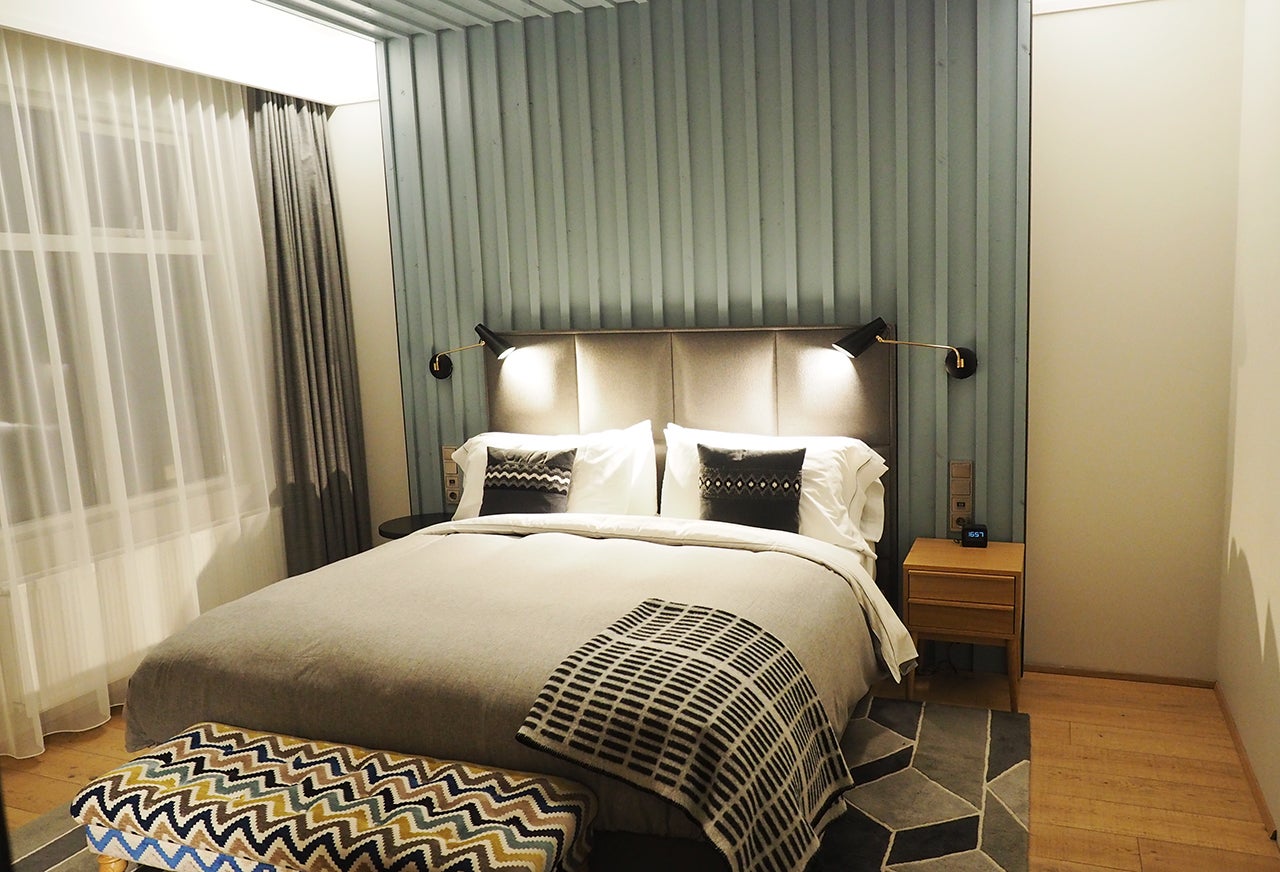 While Reykjavik, Iceland, has some solid options to redeem your points for hotel stays, like the Radisson Blu 1919 Hotel (which I stayed at during my last Iceland adventure several years back) and Starwood's 101 Hotel, Reykjavik, I was intrigued by Hilton's newish millennial-focused brand, Canopy, and chose to stay at the Canopy by Hilton Reykjavik City Centre during a recent trip to Iceland with friends.

According to Hilton, the Canopy brand "is the energizing new hotel in the neighborhood, offering simple, guest-directed service, thoughtful local choices and comfortable spaces, so guests simply feel better going forward.” What does this actually mean? Well, the Canopy hotels are all about value, offering free Wi-Fi and free breakfast. The brand also focuses on integrating into the local culture so guests feel more connected to the city or country in which they're staying.

I booked a king one-bedroom suite via Hilton's site. Even though I'm a Hilton Diamond member and could have possibly scored a room upgrade, I figured that the hotel would be fully booked over New Year's Eve, so I decided to book and pay for the suite, which cost $912 per night (almost double than a suite on an average night where suite rates hover around $500). Plus, we were a group of five so having the suite was useful as we always gathered there to hang out before going out. Flights to Iceland may be cheap, but lodging clearly wasn't — but it's what I expected over New Year's Even weekend, especially since most other hotels were sold out and I booked last minute.

My friends booked standard rooms for 70,000 Hilton Honors points per night. Normally, standard rooms start at about 22,125 ISK ($215 USD), but they skyrocket on popular dates like New Year's Eve, so paying with points was a good way to go.

Although my stay was only three nights long, had I planned to stay four, I would have booked with my Citi Prestige to get the fourth night free. Instead, I booked using my Capital One Venture Rewards Credit Card to earn 10x miles on hotels when booked and paid via Hotels.com (through Jan. 31, 2020) and one free night for every 10 using Hotels.com. I don't normally stay at Hilton hotels so paying with a Hilton cardwouldn't have made much sense, especially since I already have Hilton Diamond as a perk of my Business Centurion card. Thanks to my Hilton Diamond status, I also got 1,000 bonus points for my stay.

The location was perfect for tourists, as it was just a couple blocks away from the main street, Laugavegur, with its shopping, nightlife and restaurants. The hotel was also near many of the tourist attractions like the old harbor, city hall and the Hallgrímskirkja Church. It was also ideal for starting tours to explore different areas of Iceland.

The hotel itself was spread among six connected houses, which made it a little confusing to get from one side to the other since you sometimes had to transfer on certain floors to "connect" to another side of the hotel.

The concept of the interconnected buildings seemed cool at first, until I needed to get to my suite. I had to transfer elevators, cut through the restaurant and take a set of stairs to get to the suite, which was a trek.

Going along with the local flavor, the rooms and suites were designed in Icelandic themes such as ocean, ice and volcanic rock. I really liked the sleek lines and muted Iceland-inspired colors.

The suite was just over 400 square feet and featured a comfortable king bed and a large TV. Thanks to the long hours of darkness in the winter, I slept well. Large windows in both the living room and bedroom let light into the suite, though there wasn't much light to begin with — January sees just four or five hours of light each day in Iceland. Several lamps lit the room well during the other 19 to 20 hours of the day that were without natural light.

I loved how the hotel provided not only bathrobes but socks. As the floors were wood (there were some rugs, but the room wasn't entirely carpeted), it was nice to have the sock option — it made the room seem more homey.

My suite had a living room with pull-out sofa (the living space was a little tight when the bed was opened), a desk and chair, TVs in both the living room and the bedroom and a small espresso machine.

The typical amenities, like a safe and hairdryer, were available, but there was no minibar and no bottle opener. Alcohol is extremely expensive in Iceland, so I'd advise buying it at duty-free — and if you plan to stay at the Canopy, pick up a bottle opener.

The Wi-Fi was so slow there that I didn't even bother taking out my computer — this is not a good hotel if you're planning to travel for business.

The bathroom was large and had a separate bathtub. This is a perk that came with the king one-bedroom suite, as the standard rooms and junior suites came with a shower stall only.

The rainfall shower was large, with good water pressure and bath amenities. Thankfully, the shower passed the TPG shower test!

The standard rooms my friends had booked were a little small, but well-designed and comfortable too.

The hotel was entirely smoke-free, which I preferred. There's nothing worse than getting to a hotel and having a room that smells like stale smoke. The bar/lounge and restaurant had fun and funky design themes, and the hotel offered free breakfast to everyone staying there.

The restaurant had a tasting menu I enjoyed trying. The burger and fries were delicious!

If you're looking for a solid breakfast outside the hotel, I highly recommend the nearby bakery Braud & Co, which was actually recommended to me by a TPG reader.

The hot, gooey cinnamon buns were worth the wait!

The fitness center was open 24 hours a day, and the hotel provided free bike rental. Although it was too cold and icy during my stay to ride, this perk must be fun in the summer.

The concierge was helpful, and although we'd already contracted tour outfitters, he was able to help us with last-minute excursions. I also enjoyed seeing fireworks from the rooftop of the hotel on New Year's Eve. The view wasn't incredible, but it was fun to be outside and check out the festivities.

My one complaint with the hotel was with the Wi-Fi. It was absolutely awful. I couldn't believe that in this day and age a hotel would have such a terrible Wi-Fi connection — especially one catered towards millennials, who need constant connection!

This Hilton Canopy Reykjavik was convenient, comfortable and had a unique design. I loved they incorporated local elements in the room decor and color scheme and that the general vibe of the hotel was very local — you really felt as if you were in Iceland, not in just any generic hotel anywhere in the world. We got a good value using points and the location was great. But there was also horrible Wi-Fi, no room service and a small suite for the price I paid.