Articles
Ethan Steinberg has been a frequent flier for as long as he can remember. He went from studying abroad in Paris to moving to Shanghai after graduating college, where he covered all things travel in the Asia-Pacific region for TPG.
Aug. 11, 2018
•
8 min read 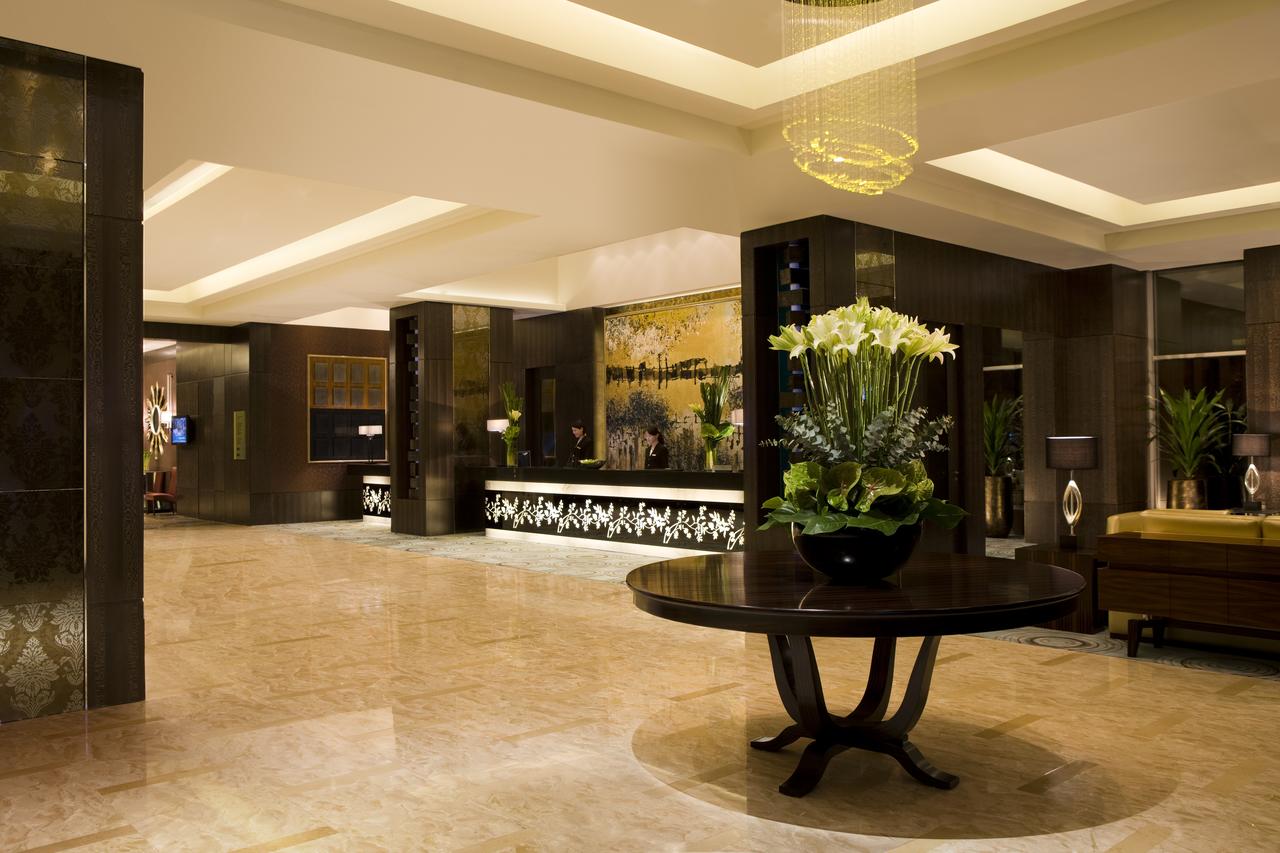 The Courtyard brand hardly evokes images of luxury and high-quality service. In the US, it often mixes well with smaller markets where there are fewer options, but I rarely seek it out when traveling to a big city.

But when I was looking to stay near a friend of mine in Shanghai recently, the Courtyard Xujiahui happened to be in the right location at the right price. I came in with low expectations, but this hotel ended up being a pleasant surprise.

Cash rates rarely top $100 at this Category 2 Marriott, and that's usually the best way to book. I needed a slightly longer stay and opted to take advantage of Marriott's free fifth night on award stays, paying 40,000 points for five nights (10,000 a night plus a fifth night free). Those points were worth $360 based on TPG's latest valuations, which was significantly better than the $500 or so I would have had to pay if I'd booked with cash. I ended up earning 2,250 points on this reservation thanks to Marriott's quarterly promotion, which let me earn 750 points a night starting with the third night.

Xujiahui is in the southwest part of Shanghai. While it isn't necessarily on the to-do list for most tourists, I found plenty of great food, shopping and nightlife to keep me occupied. The Courtyard is also a short walk from Metro Line 1, which could take me downtown to Xintiandi, People's Square and close to the Bund.

Much like the rest of Shanghai, this hotel seamlessly blends the old and the new. The "golden palace" on the roof was absolutely stunning and made the building stand out from the rest of the Xujiahui skyline.

We arrived late at night (with about seven bags for two people) and were immediately helped by a bellhop while we checked in.

Yes, a bellhop at a Courtyard.

This was just the first of many times during this stay I had to pinch myself and remember we weren't at the JW Marriott across town.

Inside, we were greeted by a pleasantly scented lobby that helped create a consistently welcoming atmosphere. While I'd hoped for a suite upgrade to accommodate our absurd amount of luggage, it wasn't in the cards.

I was offered a welcome amenity as a Platinum elite member. Normally I take the points without thinking twice, as 250 Marriott points is worth more to me than the boring food or beverage amenity most hotels offer. Here I was actually given the option to pick two food or drink items off a list, so I gladly gave up those points for a small bottle of wine and a slice of delicious mango-coconut cheesecake.

I'm not entirely sure what type of room we ended up in, as it was never clearly communicated to me. All rooms besides the suites measured 301 to 344 square feet, and the photos online were identical for deluxe, premier and executive rooms.

Our room felt spacious and comfortable, thanks to the full-length couch along the wall. I was also happy with the amount of closet space we had, as it made the room feel less cluttered. The bathroom was to the right directly inside the door. The sink area wasn't separated by a true door, but you could slide out a wall to divide the room in half.

The shower and toilet were in the same area behind the opaque glass wall. I like a strong shower, and this has to have been the best water pressure I've had at any hotel. I also liked the bench in the shower, something you don't often see.

The room was outfitted with all the things you'd expect in an international hotel, including plenty of outlets and USB ports and a few international adapters. Given that an adapter is the one item I most consistently forget when traveling, it was really nice to have one next to the bed when I got there so I didn't have to sheepishly call the front desk and ask for one.

As a Marriott Platinum member, I was able to access the hotel's executive lounge, and it was one of the most impressive parts of my stay.

Every other Courtyard I'd stayed at before I came here has had a grab-and-go snack bar, with Platinum members allowed to take one free item from these deconstructed vending machines.

Not here. This lounge was the real deal.

We were greeted every morning by an expansive array of seating as well as incredible city views. When the weather was clear, we could even see the top of Shanghai Tower across the river, a good 15 kilometers away. The food was incredible, with a diverse selection of both Asian and Western options.

There was also plenty of fruit, veggies and cheese to help balance the deliciously rich meals I was having outside the hotel every day.

It took less than 15 minutes into breakfast on our first day for me to be able to definitively say that this Category 2 executive lounge was better than the club level at the Portman Ritz-Carlton Shanghai, where I'd stayed earlier this year.

I find that I workout way more when I'm on the road. I have no good excuse not to go to the gym when it's only 20 steps from my room, especially when it's as well-stocked as the one here.

There were a half dozen treadmills and ellipticals, two full sets of free weights, and another 10 or so upper-body machines. We were greeted every morning with a towel and a bottle of water, and the staff kept the gym absolutely immaculate.

The hotel lobby also had a small bar that was decked out in World Cup paraphernalia and featured soccer-themed happy-hour specials.

Perhaps one of the most pleasant surprises was the service we received at this hotel. It was nothing fancy or over the top, just a consistent impression that the employees actually cared about the quality of our stay. Whenever there was a hotel employee in the lobby, he would call an elevator for us so we wouldn't have to do it ourselves. At breakfast, we were proactively offered coffee nearly every morning we were there (something the Ritz-Carlton didn't get right at my last stay). When our Didi (China's equivalent of Uber) canceled on us, there were instantly three or four bellhops at our side, working through the language barrier to get us on our way quickly and cheaply. Again, nothing mind-blowing, just a lot of little things done right.

Perhaps the reason I enjoyed this stay so much is because I went in with incredibly low expectations. This hotel was not extravagant or overly luxurious, but it was comfortable, welcoming and, above all, friendly. When you factor in the dirt-cheap price I paid, this might have been one of my best-value hotel bookings ever. I wouldn't hesitate to stay here again, and am thankful I got the chance to explore the Xujiahui area, somewhere I might have missed if not for this hotel.