Winners and Losers of the New Combined Marriott and SPG Program

Articles
Nick Ewen is a director of content at TPG and was one of the site's first contributors in 2012. He’s visited 52 countries (and counting) and has taken his 7-year-old daughter to 24 of them.
Follow
April 17, 2018
•
13 min read 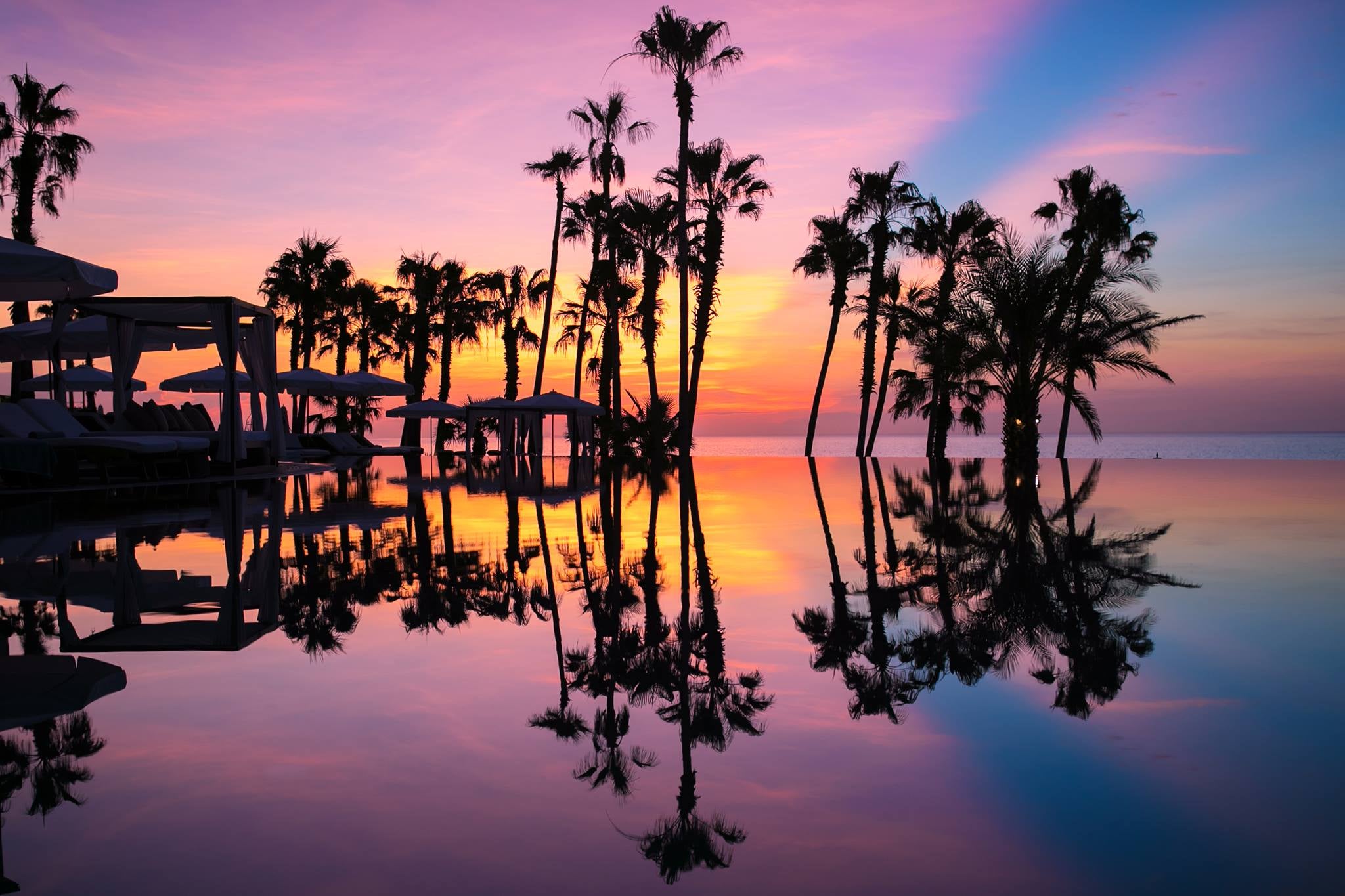 April 16 was a big day in the world of points and miles, as Marriott and Starwood officially announced their combined loyalty program that will launch in August 2018. It's a lot to digest: new elite status tiers, new credit card offerings from both Chase and American Express, a yet-to-be-finalized new award chart. Fortunately we have it all covered for you here at TPG and will continue to keep you updated as new information comes out.

The general consensus among our team (and the majority of readers) is that the team responsible for merging these two loyalty programs together did a magnificent job at recognizing the strengths of the two programs. However, as is the case with any integration of this magnitude, there are always winners and losers. In this post I'll highlight some key groups that should be thrilled with these changes, some other groups that are feeling like jilted lovers, and still others that are biting their nails with what's to come.

Let's start with those groups that have come out ahead with these changes. In no particular order:

The first group that should be excited about the changes are those readers out there who love SPG properties but aren't able to climb the ranks of the elite status ladder. In the current program, you earn 2 Starpoints for every dollar spent, making it quite challenging to earn a free night at a top-tier property like the St. Regis Bal Harbour. You'd need to spend $15,000 to earn enough points for that redemption (or $7,500 if you use your Starwood Preferred Guest® Credit Card from American Express).

Under the new program, you'll now earn 10 points per dollar spent at SPG hotels plus 6 points per dollar spent on co-branded American Express cards. As a result, even at the top end of the award chart (peak price for not-yet-active Category 8 hotels) you'll be able to earn free nights at most properties at a much faster rate. As a cardholder, you'll also be granted automatic Silver status and, beginning in 2019, receive 15 nights of elite status credits every year, putting Gold Elite status easily within reach.

Of course, you also now have roughly triple the number of hotels you previously had access to as well, which my colleague Zach Honig cited as his #1 reason why this combined chain will earn his business in 2018.

When it comes to elite members, I struggle to see a group that'll get more out of these changes than current Marriott Gold members. Under the newly combined program, current Marriott Golds will become Platinum Elite members. They'll still qualify with the exact same criteria (50 nights in a calendar year) but will receive some new and enhanced benefits by reaching this threshold:

Current Marriott Gold status has long been considered one of the most rewarding mid-tier hotel status levels out there, which makes sense given the 50-night qualification criteria. Under the new program, these members will enjoy even more.

Another group of current elite members who should be happy with these changes are current Marriott Platinum members. Their new tier is Platinum Premier Elite, and they'll also enjoy some added perks like we saw above: enhanced earning rates, expanded breakfast offerings, and 10 Suite Night Awards (5 for reaching 50 nights and another 5 for reaching 75 nights in a year).

However, the big winners here are those current Marriott Platinum members who typically stay 100 or more nights per year. In the current program, there's no additional formal recognition beyond the 75-night threshold for reaching Platinum. When the newly combined loyalty scheme kicks in in August, you'll be rewarded with an Ambassador as well as Your24, giving you the ability to select your check-in and check-out time (subject to availability). While this newly enhanced tier does have a yearly spending requirement of $20,000, that works out to just $200 per night, so I'd imagine that most travelers wouldn't have trouble hitting that threshold.

Another aspect of integrating the elite status levels of the two programs involved Lifetime Elites, and there's a big winner here: current Marriott Lifetime Platinums. The new program will only allow members to reach three Lifetime Elite tiers: Silver, Gold and Platinum. However, if you currently have Lifetime Platinum with Marriott Rewards, you'll be grandfathered into a fourth, otherwise unavailable tier: Lifetime Platinum Premier Elite. This is a nice step above regular Platinum Elite, with higher earning rates and 5 additional Suite Night Awards each year.

5. Anyone Who Likes Transferring Points to Airlines

A final group that should be thrilled by these changes are those who were petrified that they'd lose the ability to transfer Starpoints to airline miles. The current SPG program allows 1:1 transfers to the majority of its 33 airline partners, with 5,000 bonus miles for every 20,000 points transferred. In the integrated program, the exact ratio is remaining (though it'll now be a 3:1 ratio, given that old Starpoints are converting to three points in the new program). Most importantly, the combined programs now have 45 transfer partners, and a whopping 42 of them will have this 3:1 ratio. This aspect of the new program elicited a collective sigh of relief among SPG loyalists, as it's not only living on: it's actually improving.

For a complete breakdown of this change, check out Richard Kerr's In-Depth Look at the New Marriott Airline Transfer Partners.

Now that we've highlighted some key groups that will come out ahead with the new program, let's take a look at those who may not be pleased with the changes. Once again, in no particular order.

One relatively large shift with the new program (at least in comparison to the current SPG program) is the ability to earn elite status based solely on nights. As a result, if you're a current SPG elite member who qualifies on stays, you may find it harder to reach the comparable level in the future. For example, you can currently qualify for SPG Gold with 10 stays of one night apiece. In the new program, this would only grant you Silver status. The same holds true for Platinum; you currently need 25 stays, and if all of those stays are one night in length, you're only going to reach Gold in the new program.

However, there are two aspects of the new program that will help soften this blow:

Another group that may not be thrilled with the new program is anyone with 50-, 75- or 100-night SPG Platinum status. Each of these three groups has seen a small devaluation with the new program, though "small" may be a misnomer if the perk matters a lot to you. Here's a quick run-down:

Remember though that you now have triple the number of properties from which to choose, so hopefully a current 50- or 75-night SPG Platinum member would find it that much easier to boost his/her number of nights each year.

3. SPG Amex Cardholders Who Used the Card for Non-Bonus Spending

A final group that may be disappointed is one that I personally happen to fall into: anyone who is just short of SPG Lifetime elite status. Under the current SPG program, you earn Lifetime Gold status after 250 nights and 5 years of any elite status, and you'll earn Lifetime Platinum status after 500 nights and 10 years of Platinum status. These are sticking through the end of 2018, but if you're just short of this and can't close the gap before the end of 2018, you'll fall under the new Lifetime Elite status scheme:

For example, I currently have 194 lifetime nights with SPG, so I am 56 short of Lifetime Gold. There's no way I'll be able to get those nights over the rest of 2018, so I'll need to reach that status based on the new above requirement: 400 nights. Even though your lifetime activity will combine across the two programs in August, someone who's been significantly more loyal to SPG than Marriott over the years (like me) will find it much harder to reach Lifetime Elite.

There's still a number of details to come out on these new programs, but there's one group in particular that's likely holding their breath: loyal Delta and SPG travelers. The Crossover Rewards program allows elite travelers from both Delta and SPG to enjoy perks and bonus points/miles for staying at Starwood properties or flying with Delta. The official word is that this program is staying as is through July 15, 2018, with the following additional info:

"[We] are actively working on ways that we can create a benefit that in light of our size, is sustainable into the future. Therefore, we expect to have more to share on this program before July 15."

Since Marriott has the RewardsPlus partnership with United, a key competitor of Delta, I wouldn't be surprised to see Crossover Rewards change in some way when the new program takes effect. However, only time will tell! Be sure to follow TPG on Facebook and sign up for our daily newsletter to get up-to-date information as it's announced!

Any integration of two beloved loyalty programs involves trade-offs, and there will always be winners and losers. The above groups represent just a sample of those who fall into these two categories with the newly combined program, though there are clearly others who may love it or feel completely scorned by it. Nevertheless, it's important to give credit where credit's due and commend the folks who made this happen, as they've kept the vast majority of great perks from both Marriott Rewards and SPG to create a new world-class program that should drive loyalty for years to come.