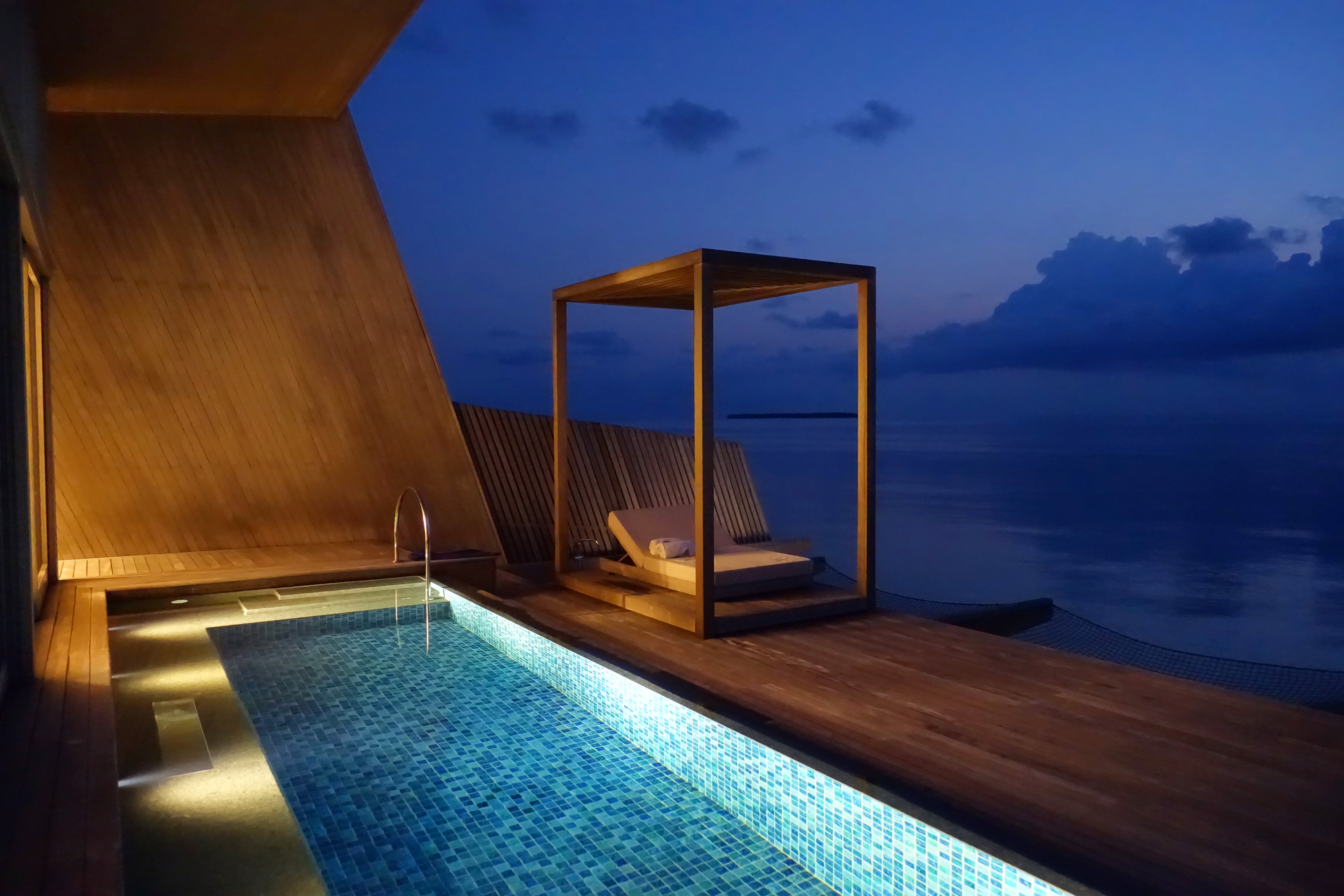 I've spent the better part of two years following the wild speculation that began even before Marriott's acquisition of Starwood Hotels in 2016. Most Starwood Preferred Guest loyalists were hoping for the best, but expecting the worst — a massive devaluation of their beloved SPG program. Those members likely slept quite well last night. Their points are safe.

Marriott has done right by us all, keeping the SPG program's benefits largely intact. Credit card partnerships will continue, with a compelling new product added to the fold. While I'm sure some awards will get more expensive, redemptions will be cheaper at many top-tier properties. Platinum members will continue to get free breakfast, and soon at even more hotels. These are all good things.

As a result, I've decided to focus almost entirely on earning status with Marriott for the rest of 2018. In fact, I don't have a single Hyatt or Hilton stay planned for this year, though that could change based on pricing or our reviews needs, of course. There's no chance of me earning top-tier status with any other chains, though — not "the hard way," at least.

Here are nine of the (many) reasons I'm focusing on Marriott for the rest of this year — and likely far beyond...

1. Many options in many cities.

This one's up top for a reason — you won't get any benefits from hotel elite status if there aren't any properties in the cities you visit. Fortunately, following the addition of Starwood's portfolio, Marriott now offers more than 6,500 hotels in 127 countries and territories, spread among 29 brands. That's a lot of options. I very rarely come across a destination that doesn't have a decent Marriott property, making it easy to earn and redeem points, and get my Platinum elite perks, including free breakfast, premium Wi-Fi and upgrades.

Speaking of upgrades, they're being expanded to Marriott hotels as well, so Platinum guests and above should be eligible for base suites at far more hotels than ever before. Additionally, SPG has confirmed that Suite Night Awards are sticking around, although you'll only earn five when you hit Plat — plus another five once you reach the Platinum Premier Elite tier (after 75 nights).

This isn't even listed as a program benefit, but I find it to be one of the chain's most useful perks, especially when it comes to SPG. On the rare occasion when a hotel fails to correct an issue onsite, I can reach out to @spgassist on Twitter and get a response within a few minutes. Marriott's been pretty responsive through the @MarriottRewards handle as well, though I do need to wait a bit longer to hear back there. I'm hopeful that the team managing @spgassist will carry over once the programs merge.

While it isn't always the case, I often find that neighborhood restaurants offer better quality food at a cheaper price. Still, you can't beat the convenience of eating breakfast at the hotel, and if you're a Platinum member or above, breakfast will be free at a total of 23 Marriott brands. I am a bit bummed to see that Ritz-Carlton still isn't participating, though — especially since SPG's comparable St. Regis brand is on the free-breakfast bandwagon itself.

5. I love the loyalty currency.

While I've earned and redeemed my fair share of Marriott Rewards points over the years, I'm legitimately addicted to Starpoints. The points can be tremendously valuable, especially during SPG's annual sales (which I hope will stick around for at least the 2018-19 season), and some elites will earn even more on stays beginning in August. I've also redeemed for some fantastic SPG Moments over the years, and there's no question that airline transfers can offer a fantastic return as well.

Speaking of airline transfers, I'm relieved that one of the best components of the SPG program isn't going away. While the redemption requirements are going up, it's entirely in line with the requisite adjustment. It's true that you'll need three times as many "new" points for the same number of airline miles you get today, but that exactly matches the 1:3 ratio Marriott will use to convert your SPG balance on August 1. The 5,000-mile bonus is sticking around, too — 60,000 Marriott points will earn you 25,000 airline miles with nearly all of the chain's 40+ transfer partners.

For the most frequent business travelers — folks who spend far more time on the road than they do at home — the last thing they want to do with their free time is take another trip. Moments to the rescue! Marriott's program and its Starwood equivalent are about to see a gigantic expansion — while we're awaiting details, we've been told to expect thousands upon thousands of redemption opportunities around the world, including concerts, sporting events, fancy dinners with celebrity chefs and so on.

As my friends and family members know, I'm a bit of a credit card nut — I currently have 50 or so in my collection, including the Starwood Preferred Guest® Credit Card from American Express, Marriott Rewards Premier Credit Card, The Ritz-Carlton Rewards Credit Card and the rest of the Marriott/SPG portfolio. Benefits range from annual credits to elite status to free night certificates, but rest assured that I'm getting far more value out of my co-branded cards than I'm paying in annual fees.

There is one especially notable devaluation — SPG Amex cardholders currently earn the equivalent of three points per dollar on non-bonus ("everyday") spend, but that's dropping to just two points per dollar in August. Still, Marriott's card partnerships are about to get even stronger overall, thanks to the new Starwood Preferred Guest American Express Luxury Credit Card. I'm also looking forward to Chase's new Marriott Rewards Premier Plus Credit Card, which offers a more flexible annual award night than I get with the regular Premier card today, even though the fee's jumping slightly to $95 per year.

Airline and hotel elite status is like a drug. Once you've had a taste, you can't possibly go back to being a "regular" member without at least some symptoms of withdrawal. Fortunately, there's a workaround, though it takes years to achieve: lifetime status. I've already earned it on the airline front with United, and I have Lifetime Gold with SPG, too.

TPG himself recently earned SPG Lifetime Platinum though, and I'm just two years away from landing that forever status, too. While we don't know exactly what the new program will look like, Marriott has confirmed that lifetime perks and elite levels won't be going away. For now, I'm assuming I'll be just as close as I am right now, giving me an extra incentive to earn Platinum for at least the next two years.

These sound like unbeatable perks — am I really focusing on Marriott just through the end of the year? No, not at all — we've been told that while there may be more tweaks to come, the majority of changes are being announced today, so I expect the new 2019 Marriott loyalty program to continue to be at least as appealing as it will be come August 1. But I don't want to commit with nonrefundable stays until we know for sure...