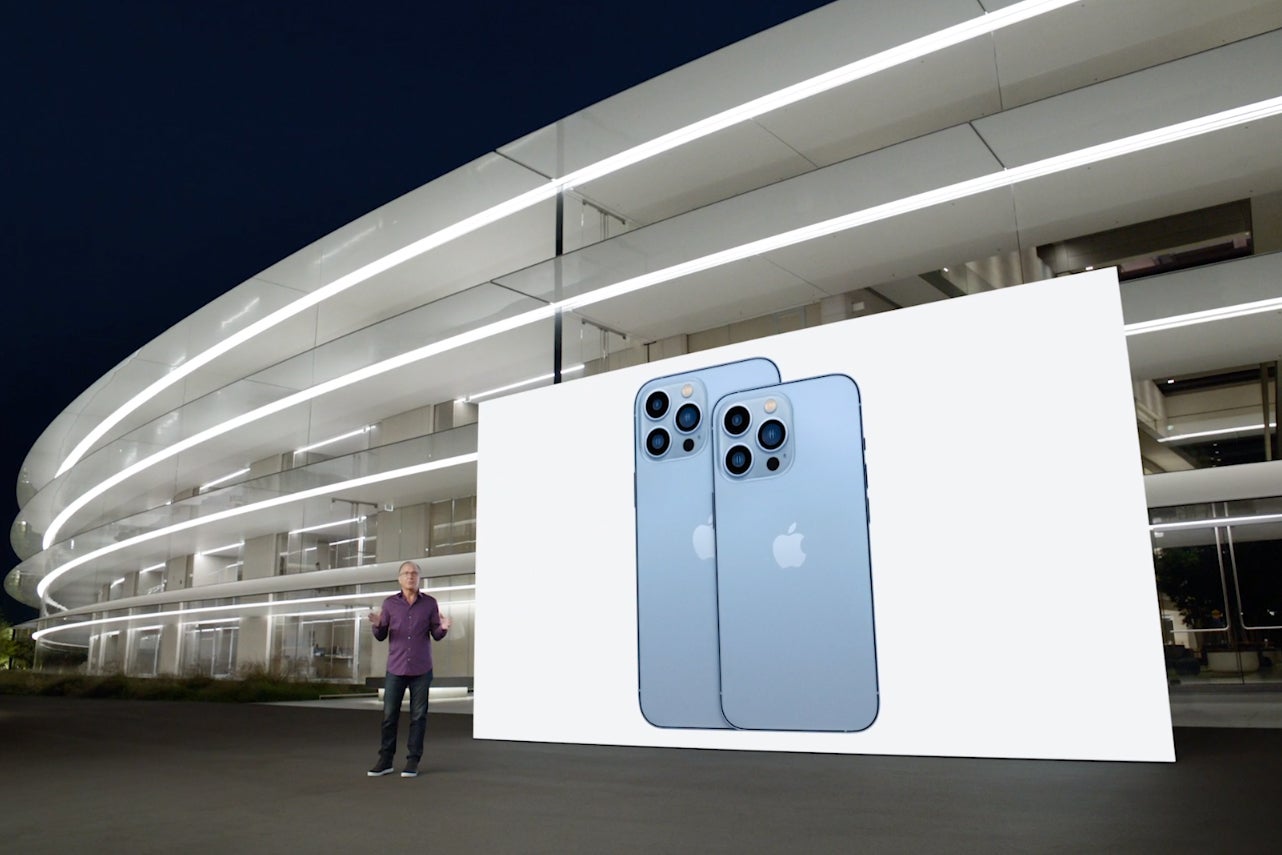 It's that time of year again.

On Sept. 14, Apple hosted its annual iPhone-focused keynote — streamed virtually from the company's headquarters and a variety of locations in California — which left customers with a selection of four models of the new iPhone 13, as well as new Apple Watches and iPads.

As a tech enthusiast, it's easy for me to get excited about this year's iPhone's upgrades, even though I'm currently using Apple's now-outdated 12 Pro Max model. The camera upgrades alone should give my flight reviews a big boost.

Others might be more on the fence about whether the new models are worth the splurge: "Do I really need the latest device, especially since my current one will receive the latest software enhancements?" is a question I hear often.

For many, especially travelers, there's more reason than ever to upgrade to Apple's latest iPhone. I'll touch on the key highlights below, so if you're thinking about moving up to an iPhone 13, keep on reading.

If you use your phone throughout the day, especially if you're on the road without access to power, you'll particularly appreciate the battery life improvements coming to Apple's newest devices.

Thanks to larger batteries and some on-device software enhancements, like intelligently switching between faster and slower cellular data networks, the iPhone 13 lineup boasts some of the longest battery life ever in an iPhone, ranging from 90 minutes to 2.5 hours longer than on the previous generation.

When I'm on the go, I'm always capturing photos — whether it's a new aircraft cabin or a mega-resort. In recent years, I've used my iPhone as my primary camera, and this year should be no different.

Each of the four iPhone models features an all-new camera system, with a wide and ultra-wide lens on the 13 and 13 Mini models, and a third, more powerful, telephoto lens on the Pro phones.

The new lenses have larger sensors and capture more light, reducing noise and revealing more details in your photos. Plus, the cameras have enhanced software processing, which should help perfect all your shots.

Ever since Apple introduced the ultra-wide lens on the iPhone 11, it's increasingly become my go-to lens for shooting airplane seats or room tours. This year, the ultra-wide lens is getting a big boost across the lineup that should dramatically improve your pictures.

Along with a new autofocus, it captures much more light than before — 92% more on the Pro models — which, combined with the camera's Night mode, should make it easier than ever to grab the shot you're looking for, especially at night and in other low-light conditions.

If it's as good as the promo material makes it look, your photos just got a big upgrade.

There's a new way to shoot video on the iPhone with Cinematic mode. This feature allows you to transition the depth of field between two subjects, adding a fancy touch to the videos you take. You can even change the focus or edit the filter levels after shooting.

Last year, Apple introduced Dolby Vision to the iPhone 12 Pro lineup, and this year it's adding ProRes, another advanced video-editing software that used to require advanced expertise. Now, you can make all your edits and exports directly on the iPhone.

The iPhone 13 Pro lineup inherits a similar form factor to last year's models but packs in some notable improvements that could make it appealing even if you don't need pro features.

With a new Super Retina XDR display that supports a refresh rate of up to 120Hz, your content will look great, regardless of whether you're browsing the web or playing a graphics-intensive game. The telephoto lens has an increased 3x optical zoom, allowing you to shoot clearer photos from far away.

Plus, the larger iPhone 13 Pro Max packs Apple's longest-ever battery life in an iPhone, which should make it the device of choice for those always on the road.

Last year, Apple brought 5G cellular connectivity to the iPhone, and this year, it's expanding the reach to more networks.

By the end of 2021, Apple claims that support for 5G will double around the globe, with more than 200 carriers worldwide in 60 countries. That should theoretically spell great news for those who travel internationally with their phones.

Of course, 5G speeds can vary dramatically based on where you're standing and what you're doing, but it's definitely an improvement over existing LTE networks.

Plus, the iPhone 13 lineup supports dual eSIM, meaning that you can download a digital SIM card when you're traveling internationally to minimize roaming charges, while also staying connected to your primary phone network connected through a digital SIM as well.

A storage boost without a price hike

Though Apple isn't lowering the price of the iPhone, it's also not raising it. Of course, the higher-tier phones remain quite expensive, but you can maximize your purchase by trading in an existing model and using the right credit card.

Plus, if you're planning to pick up the 13 or the 13 Mini, you'll enjoy double the amount of storage compared to last year's base models, which started at just 64GB. And, if you have a robust photo and video library, you can now buy a 1TB configuration of the iPhone 13 Pro, though it'll cost you an additional $200 over the 512GB version.

This year's iPhone lineup is the best one yet, especially for travelers who use their devices around the clock while on the road. Thanks to battery boosts, camera upgrades and expanded 5G availability, it could make sense to splurge on the iPhone 13, especially if you currently use an older model.

If you're planning to invest in the latest technology, be sure to check out our detailed guide to maximizing your iPhone purchase for ordering tips, credit card coverage and scoring the biggest return.