Where to Sit When Flying United's 737 MAX 9: Economy and First Class 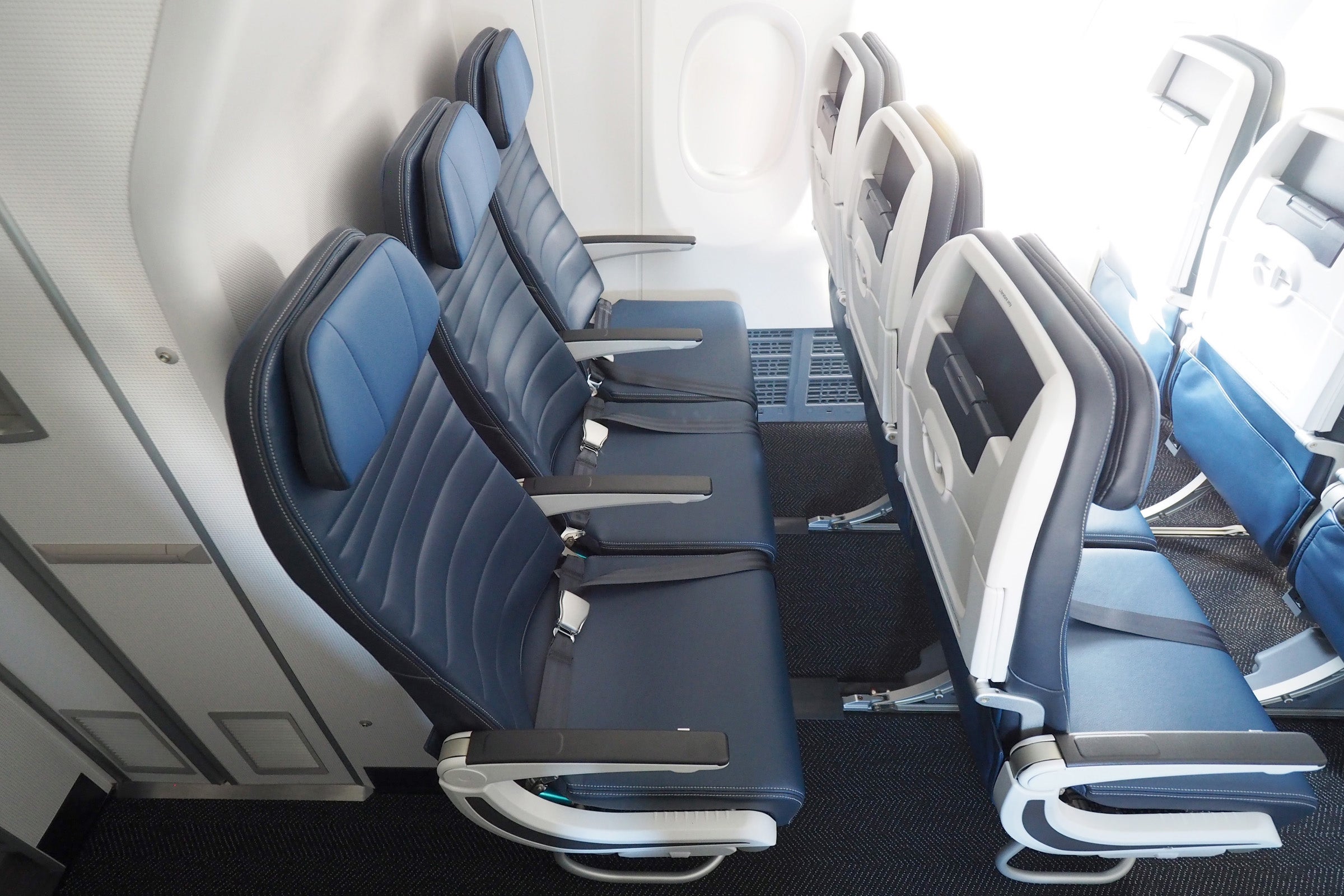 Where to Sit When Flying United's 737 MAX 9: Economy and First Class
This post contains references to products from one or more of our advertisers. We may receive compensation when you click on links to those products. Terms apply to the offers listed on this page. For an explanation of our Advertising Policy, visit this page.

There are a few other small quirks to note, and as with every plane and aircraft cabin, some seats offer a better in-flight experience than others. Today I'll help you identify the best options in first class, Economy Plus and United's regular coach cabins.

Like United's 737-900ERs, the MAX 9 sports 20 first-class seats, arranged in a 2-2 configuration and spread between five rows. These are the same seats you'll find on some refurbished Airbus planes, including the A319 and A320.

I typically make my pick depending on the timing and length of my flight. For a redeye flight on a 737-900ER, I'd normally go with the bulkhead — a window seat in Row 1 — to avoid having someone recline into my personal space. However the MAX 9 has special airbags within the seat belts at the bulkhead row, which I find to be a nuisance when trying to sleep.

These MAX 9 seats are entirely different than what you'll find on United's older 737s. One of the biggest shifts has to do with recline — when you lean your seat back, the bottom section slides forward as well, minimizing the impact on the passenger behind. Things might start to feel a little tight if both your seat and the one in front are reclined, though.

As I mentioned, I'd avoid the bulkhead row, since the four seats in Row 1 all include an airbag embedded within the seat belt.

I'd also avoid Row 5, since you're just in front of the economy cabin and lavatory. Noise behind seats 5E and 5F may be especially bothersome, given that the typical bulkhead wall is absent here.

Finally, if you tend to get up to use the lavatory frequently on longer flights, the non-bulkhead window seats might not be a great pick, either, since you'll need to ask the aisle passenger to stand up whenever you need to use the lav.

Economy Plus Seats to Pick

United offers 48 Economy Plus seats on its MAX 9, a six-seat boost over the 737-900ER. Seats are arranged in a 3-3 configuration with at least 34 inches of pitch. Oddly, 14DEF are Economy Plus seats, while 14ABC, just across the aisle, are not.

Personally, my first picks on the 737-900ER are the window seats in Row 21, the second emergency exit row. The same would apply on the MAX 9. So, 21A and 21F. After that, I'd go for the aisles in the same row — 21C and 21D. I find that Row 21 offers a bit more legroom than usual, especially since the seats in Row 20 do not recline. The middle seats in these rows are also more likely to go out empty, since they'll often be assigned last, given that this is the final row in the Economy Plus section.

I also like the bulkhead Row 8 on this plane, but only on the port side — seats 8ABC, which are positioned just behind the lavatory. While there's no under-seat storage, 8A, 8B and 8C have a bit more legroom, though the fixed armrests do impact seat width. Fortunately, these seats lack the annoying airbags that you'll find in Row 7.

Economy Plus Seats to Avoid

I've mentioned those airbags a few times — I'm really not a fan. So, that instantly eliminates Row 7. These seats are also a bit narrower, since the armrests are fixed, and the first-class seats just in front recline directly into this row, unlike on the 737-900ER, since there isn't a proper wall on the MAX.

7ABC are also positioned directly across from a lavatory, so expect lots of traffic — and perhaps some unpleasant odors — especially on longer flights.

I'd also avoid Row 20, the second-to-last row of Economy Plus. These seats don't recline, since there's an emergency exit just behind. Notably, the regular coach seats just in front don't recline either, though, so you don't have to worry about those passengers eating into your substantial legroom.

There are 111 regular economy seats on the MAX 9, also arranged in a 3-3 configuration. Economy seats have at least 30 inches of pitch.

While I ran out of time during my quick factory visit to fully examine all of the seats in this cabin, most appear more or less identical.

If you aren't able to upgrade to Economy Plus, I'd focus on avoiding the coach seats outlined below — otherwise, you should be in decent shape with any of the other window or aisle options in the cabin.

That said, while it appears that United blocks 14ABC until check-in, if you do see one of those seats open, I'd consider selecting the window or aisle seat there. You'll be near the front of the plane, and your recline isn't restricted by an exit row behind, as it is in Row 15.

As you'll find on most planes, the seats in the very last row offer incredibly limited recline — the aisle seat below is fully reclined, believe it or not. These seats are also very close to the galley and lavatories, so Row 39 is a hard pass, unless you have a particular reason to pick those seats — if there aren't any other occupants, for example, or it's your only option to sit together as a family.

The other six seats I'd avoid altogether are located in Row 15 — these are regular coach seats even though they're positioned in the middle of the Economy Plus section. Because they're located just in front of the emergency exit row, 15ABC and 15DEF unfortunately don't offer any recline. You'll also be seated among passengers with far more legroom, but you'll be closer to the front than most of the other coach passengers.

Otherwise, you'll want to avoid any of the B and E middle seats, of course, since all of these have a seat on both sides.

United has ordered 60 Boeing 737 MAX 9s and 100 of the extended-length MAX 10s — so you'll see these planes operate many of the airline's mainline routes over the next few years. With just 10 aircraft on the way in 2018, though, only a handful of cities will get regular MAX service right away.

As of this writing, United has confirmed that in June it'll introduce the MAX 9 on flights from Houston (IAH) to Anchorage (ANC), Austin (AUS), Fort Lauderdale (FLL), Los Angeles (LAX), Orlando (MCO), Sacramento (SMF), San Diego (SAN) and Tampa (TPA). The plane will also operate flights between Los Angeles and Honolulu (HNL). You can find the full list of inaugural flights here.

While some MAX 9 flights, like Houston to Austin, are especially short, others will have you on the plane for an extended period of time. Houston to Anchorage is blocked for just over seven hours, for example, which is longer than some flights from the East Coast to Europe. You'll want to choose your seat very carefully if you're booked on that route, or Los Angeles to Honolulu — a nearly six-hour trek.