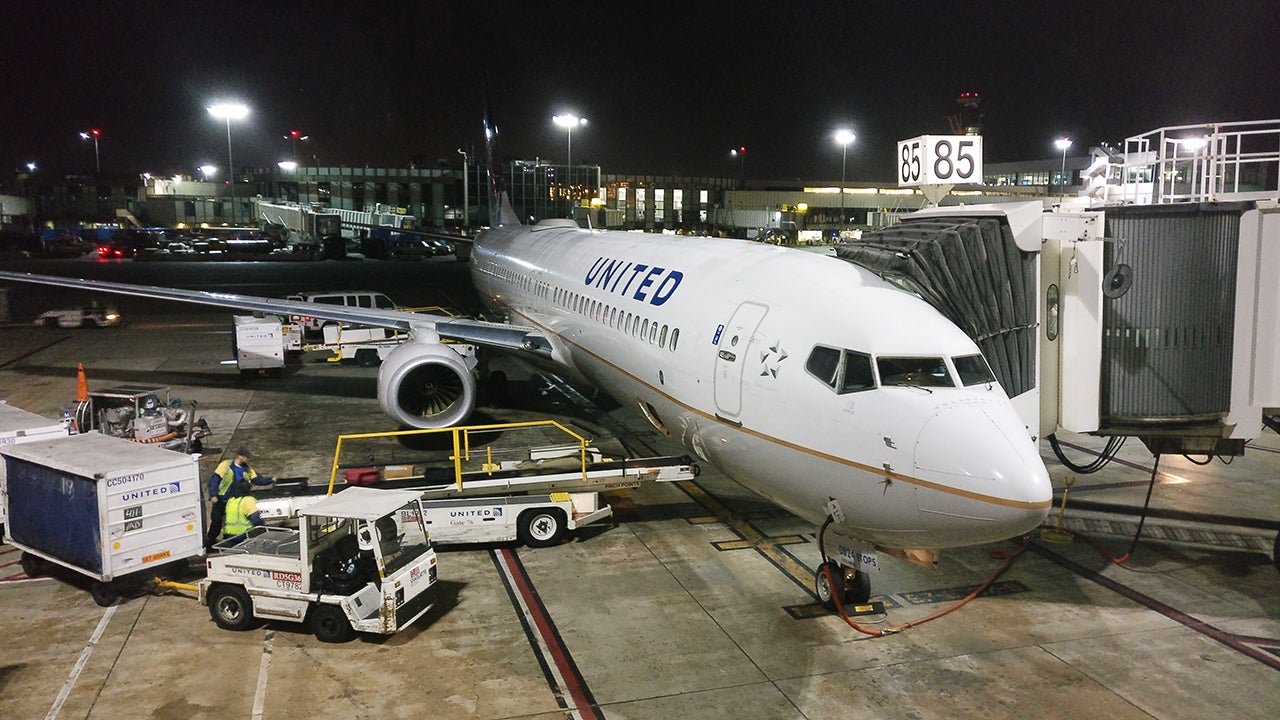 Flight Review: United Airlines Boeing 737-900, First Class From Chicago to Los Angeles
This post contains references to products from one or more of our advertisers. We may receive compensation when you click on links to those products. Terms apply to the offers listed on this page. For an explanation of our Advertising Policy, visit this page.

I was looking for a cheap flight back home from O'Hare (ORD) to Los Angeles (LAX), and that proved difficult, until a one-way I was tracking on Google Flights came down in price. The downside was that it didn't leave until after 10:30pm, but that wasn't enough of a deterrent.

I booked the June flight in February, paying $113.20 on my United MileagePlus Explorer Card and earning 2x MileagePlus points. (I could have used my Chase Sapphire Reserve to earn 3x Ultimate Rewards points or my Platinum Card from American Express to earn 5x Membership Rewards points, but I was trying to spend my way to $25,000 on the United card so I could have my Premier Qualifying Dollars requirement waived.)

Two months before the flight, I received a notification email that the aircraft and schedule had changed, from a 737-800 to a 737-900, departing at 11:05pm instead of 10:40pm. I didn't mind. In fact, with 20 first class seats instead of 16, this meant a bigger chance of an upgrade, thanks to my United Premier Silver Status. 24 hours before the flight I did get an e-mail saying that I had indeed been upgraded. I checked in using the United app and confirmed my new seat: 5F.

My flight was scheduled to leave from Concourse C, but the United Club there was being renovated. To United's credit, there were plenty of signs telling you that before you made the long journey.

Instead, I opted for the United Club in Concourse B, gaining entry with one of my United Club passes with the United MileagePlus Explorer Card. The recently renovated lounge was busy but not crowded, and I sat for a few hours, enjoying Swedish meatballs and the most bizarre concoctions I could tolerate from the Coke Freestyle machine.

The lounge closed at 10pm, which was before at least one flight left. That was a bummer, but the long underground walk got me to the gate just before boarding.

The gate shared seating with a few others at the end of the concourse, but with no other flights leaving nearby, there were plenty of seats available. O'Hare offers free Wi-Fi for 30 minutes, and there were shared outlets for charging scattered throughout.

People began lining up in one of five boarding groups at 10:15pm. By 10:21pm, Group 1 boarding began. Neither the gate agent nor the flight attendant at the airplane door acknowledged or greeted me.

Turning the corner into the aisle led to a big disappointment: These seats were in the usual 2-2 configuration, no surprise there, but they looked old and tired, as well as devoid of any form of video.

While the seats were wide, there were no IFE screens, no footrests and no amenities in the seat pockets (save for a copy of Rhapsody magazine). There wasn't even a pillow — just a flimsy, plastic-wrapped blanket.

Upon closer look, I found significant wear on the armrest and refuse left behind from previous passengers.

Besides a drinking straw, a boarding pass from a flight on the previous day was wedged into the small tray in the center console. The top of the console had visible grime.

The seat's only adjustment options were the recline, which was limited in the back row, and the headrest. Still, the seat was huge, with enough depth and width for me to easily cross my legs. The under-seat storage was roomier than usual, though split into three sections for our two seats.

The tray table folded and stowed into the armrest, and was easy to lift and adjust. It was nice to have a tray table large enough to support a laptop and with enough leftover surface area to maneuver a mouse.

The forward lavatory was tiny, messy and not fully functional — the sink was inoperable. A flight attendant saw me waiting to use this lavatory and never pointed out that I wouldn't be able to wash my hands (there was a bottle of hand sanitizer instead). A pouch of dry coffee grounds sat on the counter, perhaps to help with the odor? Either way, I would not be ordering coffee, just in case.

Wi-Fi was available for purchase and clocked in at speeds of 18.7 Mbps for downloading and 0.06 Mbps for uploading, though the upload speed was actually much faster than that. I purchased a two-hour pass and was frustrated to find my connection terminate without warning or the option to pay for additional time.

There was free streaming entertainment, and it was easy to access once we reached cruising altitude. The selection of films and TV shows was a bit dated, but everything functioned well. The downside of the quiet engines and air conditioning was that I could hear everything the gentlemen in the front row of economy were saying. Though there was a divider separating us, it was not fully attached along the cabin wall.

Fifteen minutes after I sat down, a flight attendant took my drink order as economy passengers boarded. Ten minutes later, my vodka soda arrived in a plastic cup. I asked the attendant to remove the straw and boarding pass that had been left behind, and she did so without apologizing.

We pulled away from the gate at 11:01pm, and my drink cup was collected five minutes later as we were taxiing. 10 minutes later, the captain announced our position in the takeoff queue, and as promised, wheels were up 12 minutes later. At midnight, an attendant offered and brought another drink right away.

10 minutes after that, an attendant came by with a basket of snacks: chips, bananas, cookies — a carb lover's delight. After another 25 minutes, I got a refill for my tea.

And that was it.

No more snacks, no more drinks — my cup wasn't even cleared until we approached for landing two and a half hours later.

Wheels were down at 1:22am Pacific Time, and we were at the gate at 1:35am. A crew member announced that because of the way the aircraft had been loaded, we would need to wait for a tail stand, delaying us another six minutes and getting me off the plane five minutes past the scheduled arrival time.

Someone turned off the cabin lights, and despite admonishments by one flight attendant to another crew member, they did not come back on until we were deplaning.

I am not a United hater. I went into this flight with an open mind and genuine enthusiasm for an upgraded experience. What I got instead was a trip worse than recent domestic economy flights I'd had on JetBlue, Virgin America and, well, United.

It's one thing to have a cabin that doesn't compete with other domestic first-class products. It's another not to maintain it well. And it's even worse not to provide service and snacks that make your supposedly premium passengers feel that they matter to you.

I was glad to have slightly earlier boarding, a free drink and a larger seat, but if I had paid for this cabin instead of getting it for free, I would have been irate. This may have been a first-class seat, but it was far from a first-class experience.