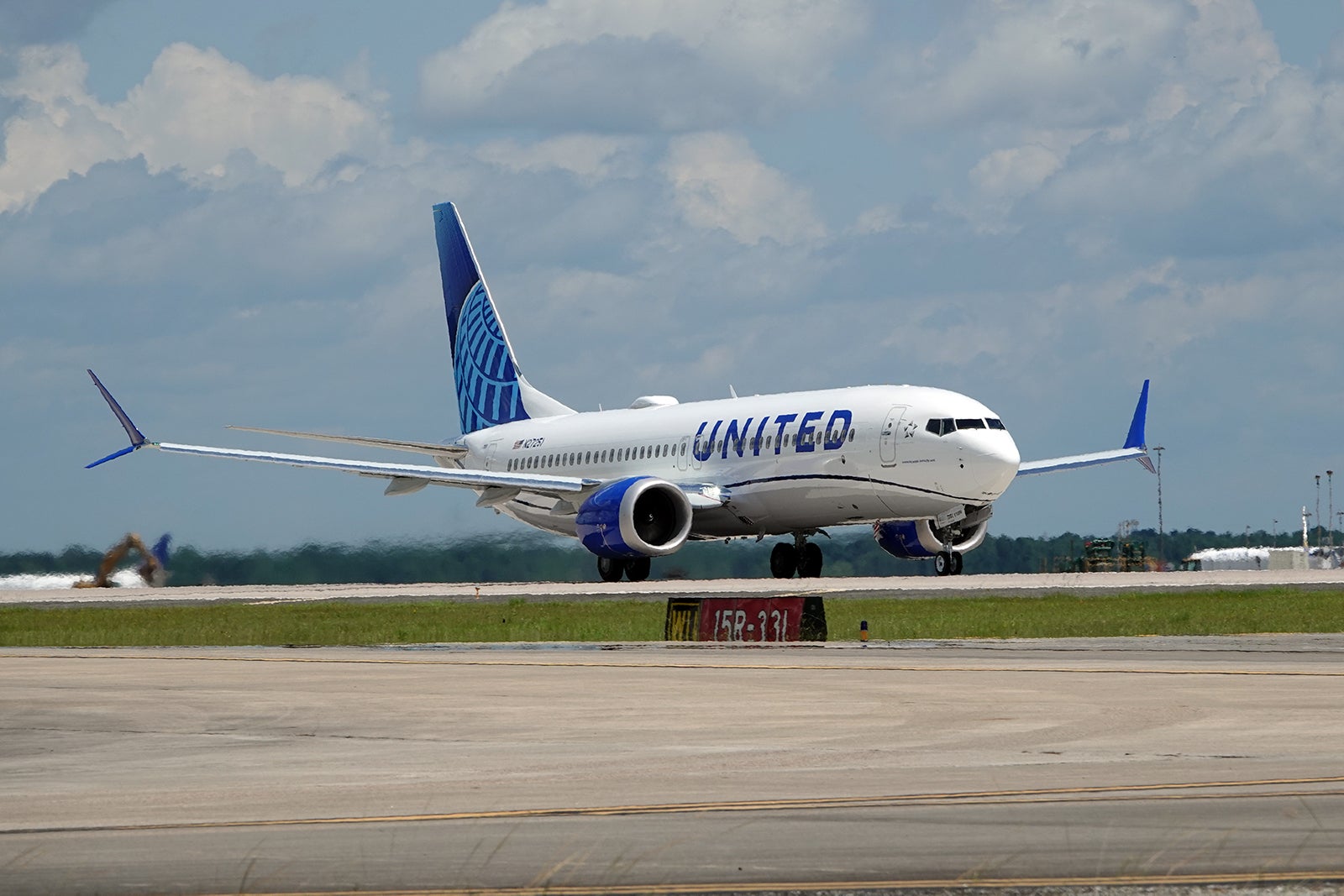 United just added a new plane model to its fleet, and it’s the most modern one yet.

The Boeing 737 MAX 8 — the smaller of the two MAX variants currently in service — joined the carrier’s domestic fleet on July 16, marking the first of 270 new domestic jets that are slated to be delivered to United over the coming years.

This isn’t just any domestic jet, though.

It’s the first to feature United’s newly unveiled "signature interior," with seat-back screens, larger overhead bins, power outlets and other passenger-friendly amenities from nose to tail. All new United planes will be delivered from the factory with the upgraded cabins, while existing ones will undergo a comprehensive retrofit program.

For now, if you’re looking for the swankiest domestic experience offered by United, you’ll want to book on the MAX 8. And once you’re booked on Boeing’s new (and beleaguered) workhorse, here’s which seats to pick and which ones to avoid.

If faced with the choice, you’ll definitely want to snag one of the 16 first-class recliners on the United 737 MAX 8.

Seats are spread across four rows in a 2-2 configuration with roughly 37 inches of pitch.

Though the “bones” of the seat are identical to the new ones you’ll find on other domestic UA jets, the seats feel more modern thanks to the 13-inch high-definition seat-back monitor and other refined touches, like a remote control and relocated power outlet.

Some travelers like sitting in the bulkhead, but I’d recommend avoiding row 1 on the United 737 MAX 8. That’s because the screens are fixed into the bulkhead wall — if you’re really tall or height-challenged, you’ll need to bend your neck to watch your content.

Another drawback to the bulkhead is that there’s a built-in airbag in each of the seat belts. Though this feature is designed for your safety, the airbag can get uncomfortable after resting on your hips throughout the flight.

I’d recommend choosing seats in row 2 or 3 when flying upfront on the 737 MAX 8.

Row 4 would be my second-to-last pick. You’ll be reclining into the bulkhead wall dividing first class and coach, and the proximity to the coach cabin could be bothersome.

United Economy Plus on the Boeing 737 MAX 8

The first thing I noticed when boarding United’s new MAX is the sheer number of extra-legroom Economy Plus seats.

These “purple seats,” as they’re affectionately called by some flight attendants, span nine rows in a standard 3-3 configuration.

As part of United’s five-year plan, dubbed “United Next,” the carrier’s investing in growing the proportion of premium seats in its fleet, including both first-class and Economy Plus, by roughly 75% from 2019 to 2026.

These seats offer an additional three to four inches of pitch compared to regular economy, but the actual seats themselves are otherwise identical.

Some of the 54 Economy Plus seats are much better than others, so let’s start with which ones you might want to avoid:

As for where you should sit, anywhere else in the Economy Plus section works, but I have a strong preference for exit row 21. Here you’ll find a total of 38 inches of pitch — eight more than in standard coach — and the seats recline as normal.

The only downside is that the window armrest is built into the exit door, so it’s not nearly as comfortable as those you’ll find elsewhere on the jet.

United Economy on the Boeing 737 MAX 8

With 96 seats, most flyers will end up sitting in the standard economy section. Good thing these are some of the best coach seats in the United fleet.

After all, you’ll find a seat-back monitor, large overhead bins, power outlets and USB ports available throughout the cabin, including in economy.

Pitch is roughly 30 inches, so it could definitely feel tight depending on your body size.

The only seats to avoid in coach are those in the last row 38 due to limited recline. Otherwise, the remaining rows are roughly equal.

I’d try sitting as close to the front as possible for a faster deplaning experience, but otherwise, you can’t really go wrong with other coach seats.

United’s newest jet, the Boeing 737 MAX 8, is now flying the friendly skies. With an upgraded onboard experience, this is the plane that’ll likely win United some awards. While the enhancements span nose to tail, all seats aren’t created equally.

It pays to know where to sit, so that you avoid missing window views, and instead maximize your legroom.

In first-class, you’ll find me in row two or three. In Economy Plus, I’ll be in exit row 21, and in coach, I’ll choose a seat as close to the front as possible.

If you notice that one of my preferred seats is already assigned when booking, perhaps we’ll be on the same flight. If so, come up and say hi!

Related stories
Why you should consider having both the personal and business Amex Platinum cards
Real ID requirements for air travel in US delayed until 2025
Another major cruise line to sharply hike onboard fees
Save money with these travel-related offers on your credit cards this month
Featured image by (Photo by Zach Griff/The Points Guy)
Editorial disclaimer: Opinions expressed here are the author’s alone, not those of any bank, credit card issuer, airline or hotel chain, and have not been reviewed, approved or otherwise endorsed by any of these entities.