Where to sit when flying Fiji Airways' Airbus A350-900 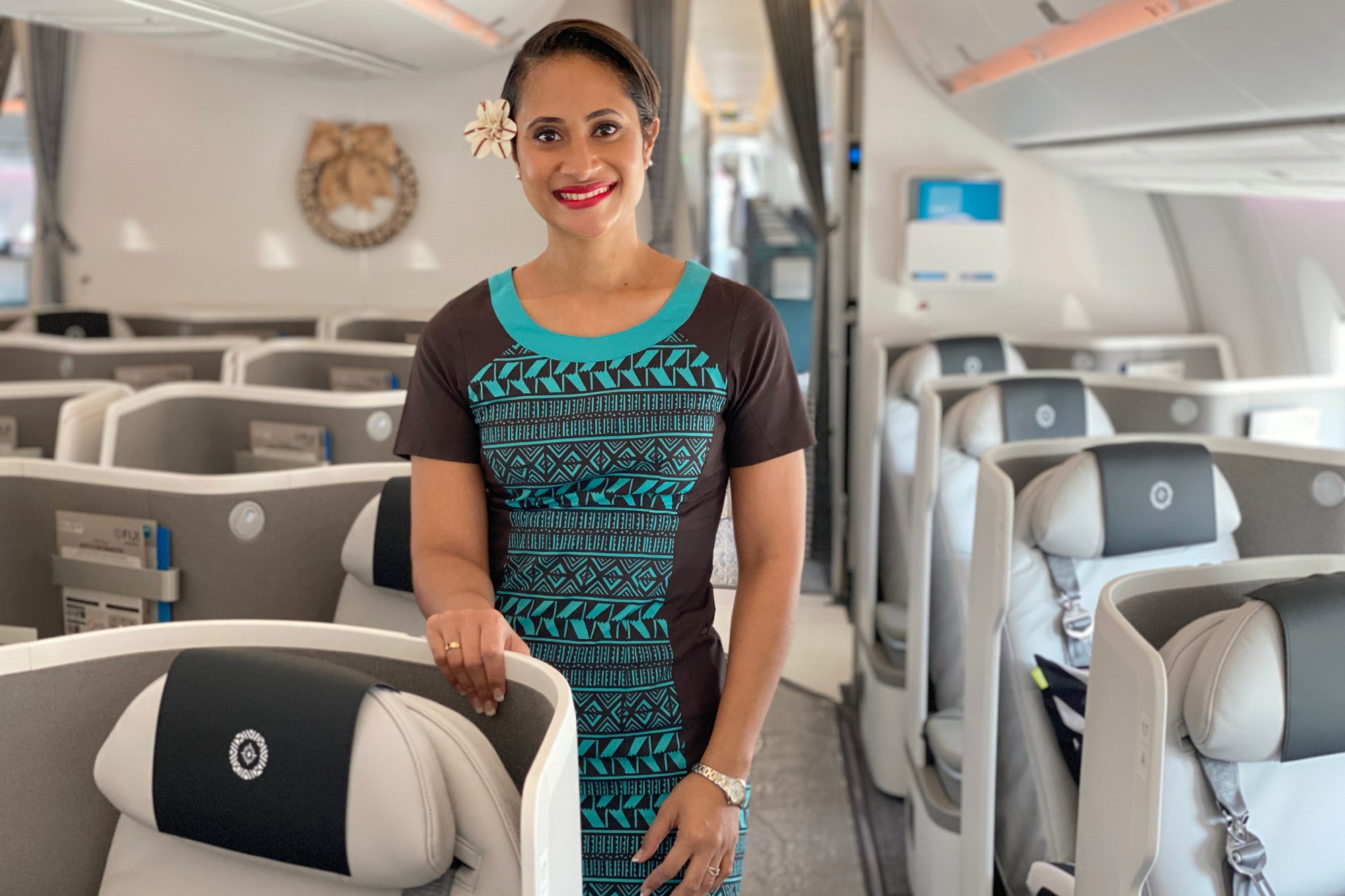 For years, Fiji Airways has exclusively flown Airbus A330s between the United States and its hub in Nadi, Fiji, with a dated 2-2-2 angle-flat business-class seat. Although that will continue flying from San Francisco, the aircraft will soon be phased out on the carrier's Los Angeles-Fiji route. Beginning Jan. 1, 2020, the airline will begin flying a brand-new Airbus A350-900 between LAX and Nadi, offering a far superior 1-2-1 lie-flat business class.

I had a chance to tour the first of Fiji's two new A350s at the Dubai Air Show. It's a remarkable improvement — it's such a step up, both in economy and business class, that San Francisco (SFO)-based travelers may want to consider connecting in Los Angeles (LAX) on their next trip to Nadi (NAN).

You can take a tour of the aircraft in our post from the Airbus delivery event right here. But since I had a chance to explore the plane in Dubai, I wanted to share an overview of the aircraft here, too.

Fiji's A350 has a total of 33 Collins Aerospace Super Diamond business-class seats, all arranged in a 1-2-1 configuration. While some carriers based at leisure destinations continue to opt for a couples-friendly 2-2-2 arrangement — like Hawaiian with its A330s and Air Tahiti Nui with its 787-9 Dreamliners — Fiji Airways went for a more-competitive all-aisle-access product.

With a 1-2-1 configuration, couples will likely prefer the center "D" and "G" seats, which are positioned much closer together than those at the window.

Solo travelers, meanwhile, will certainly want to choose the single "A" and "K" seats, as will companion flyers who would prefer to sit at a window.

All of the seats offer decent privacy, since they're all angled away from each other, and have a slightly extended partition at the side.

Center seats are a bit more exposed, but a center divider adds some separation from the passenger sitting just a few inches away.

Personally, I'd choose a seat in the middle of the cabin, since flyers seated there will be least impacted by the lavatories and galleys. The first two rows are a bit more exposed — I'd avoid grabbing a seat in rows 11 or 12 if you're especially sensitive to light and sound.

The last row of center seats — 21 — could be similarly bright and noisy, so I'd avoid sitting there if you can.

Most of Fiji's A350 is used to accommodate economy flyers, with seats arranged in a 3-3-3 configuration and spread between two large cabins.

The first four rows of the forward cabin, plus the first row of the second cabin, offer extra legroom for a fee.

My favorite economy seats on the plane are actually located at the bulkhead row in the second cabin — row 51 has just two seats at each of the windows, which means anyone sitting there won't be stuck in the middle. Seats 52A and 52K — the window seats just behind that two-seater row — could be great picks, too.

The bulkhead row in the forward cabin is the next best option, with significantly more space available in row 31.

Seats in rows 31 and 51 come along with the largest additional charge — $99 each way on flights to and from Los Angeles, for example.

Any of the middle seats are an obvious no-go, unless you're traveling as a party of three.

I'd also avoid sitting in the last two rows of either cabin, since you might find the galley and lavatory noise and traffic to be bothersome.

Although it's not currently a full member of an international alliance, Fiji Airways participates in a program called Oneworld Connect. Members of select Oneworld programs can earn and redeem miles for Fiji Airways flights, and may have access to select benefits, including priority check-in and boarding, lounge access and more.

Fiji has a number of redemption partners, including two major loyalty programs within the U.S. For years, American AAdvantage members have been able to book awards between the United States and Nadi, currently priced at 40,000 miles in economy or 80,000 in business. Additionally, Alaska Mileage Plan customers can book Fiji awards for 40,000 miles in economy or 55,000 in business. Business-class award space is often hard to find, though — your best bet is to set an alert on Expert Flyer and hope for the best.

All photos and video by Zach Honig/The Points Guy.