What foreign travelers need to know about entering the US

Articles
Katherine Fan is a former senior travel features reporter at The Points Guy who covered everything from personal finance to travel and aviation.
May 28, 2020
•
5 min read 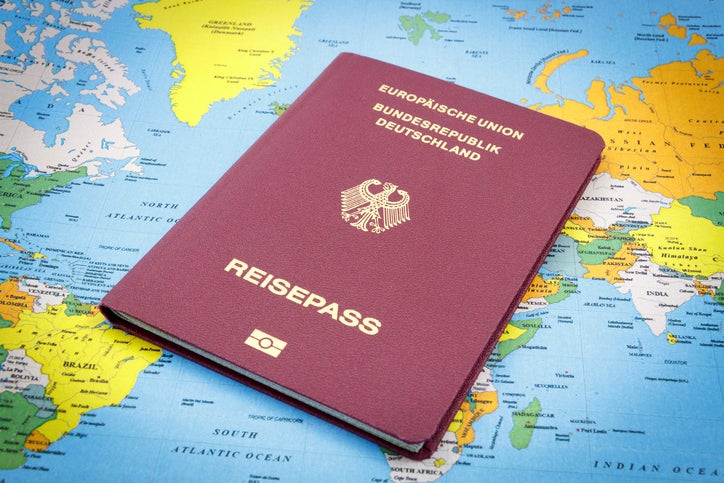 These days, it's safe to say that the last few months have been bewildering for travel, whether you're crossing state lines or international borders, quarantining upon arrival or return home, in a mask or roaming free, holding a U.S. passport or a foreign one, breezing through JFK or factoring in an eight-hour health screening upon arrival.

The United States issued a series of proclamations beginning in late January 2020, prohibiting foreign travelers who had recently visited high-risk countries from entering the country. If you hold a foreign passport and are looking to enter the U.S., here's what you need to know.

Non-US travelers cannot enter the United States if they visited the following regions within the last 14 days:

This travel ban for foreign nationals is currently in effect, and does not expire until rescinded. U.S. citizens and lawful permanent residents of the United States are exempt from these restrictions.

The full list of exempt travelers can be found in each of the country proclamations listed above.

Upon arrival, all travelers should be prepared to undergo enhanced health screening procedures, although a number of travelers have reported that many U.S. airports are operating as usual, and that even airport employees or flight crew often do not observe social distancing or wear preventative measures such as face masks.

After returning to the U.S., the Centers for Disease Control and Prevention (CDC) recommends but does not enforce that all travelers returning from one of these high-risk regions should self-quarantine at home for 14 days, regardless of nationality.

From a health perspective, the CDC states that flying on an airplane increases the risk of contracting COVID-19.

Entering the US by land or Sea

The U.S. also closed its land and sea borders during this lockdown, shutting out landmass neighbors Canada and Mexico. This proclamation prohibits American travelers from visiting either neighboring country for "nonessential reasons" through June 22, 2020.

“Nonessential travel will not be permitted until this administration is convinced that doing so is safe and secure,” the DHS said in a statement published May 19.

Related: How a border closure with Mexico could impact travel

Foreign nationals who meet "essential travel" passenger requirements can enter the U.S. via Mexico and Canada land and ferry borders.
According to U.S. Customs and Border Patrol (CBP) these criteria for essential travel between either Mexico or Canada include:

The CBP document explicitly states that tourism does not qualify as a matter of essential travel.

If you're a U.S. citizen or legal permanent resident, you are allowed to return home but should be prepared to answer questions regarding your recent destinations and health. Additionally, you should observe a 14-day self-quarantine for your own sake as well as for those around you.

If you hold a foreign passport and haven't visited any of the high-risk countries above, your re-entrance into the U.S. will be subject to the usual terms of your visa or residency.