What flying from an empty JFK felt like on Thursday

Articles
Christian Kramer is the General Manager for The Points Guy UK, based in London. Having lived in different countries and with a previous career in financial services, he is an Avios, Oneworld Alliance and general aviation travel expert.
Follow
March 12, 2020
•
8 min read 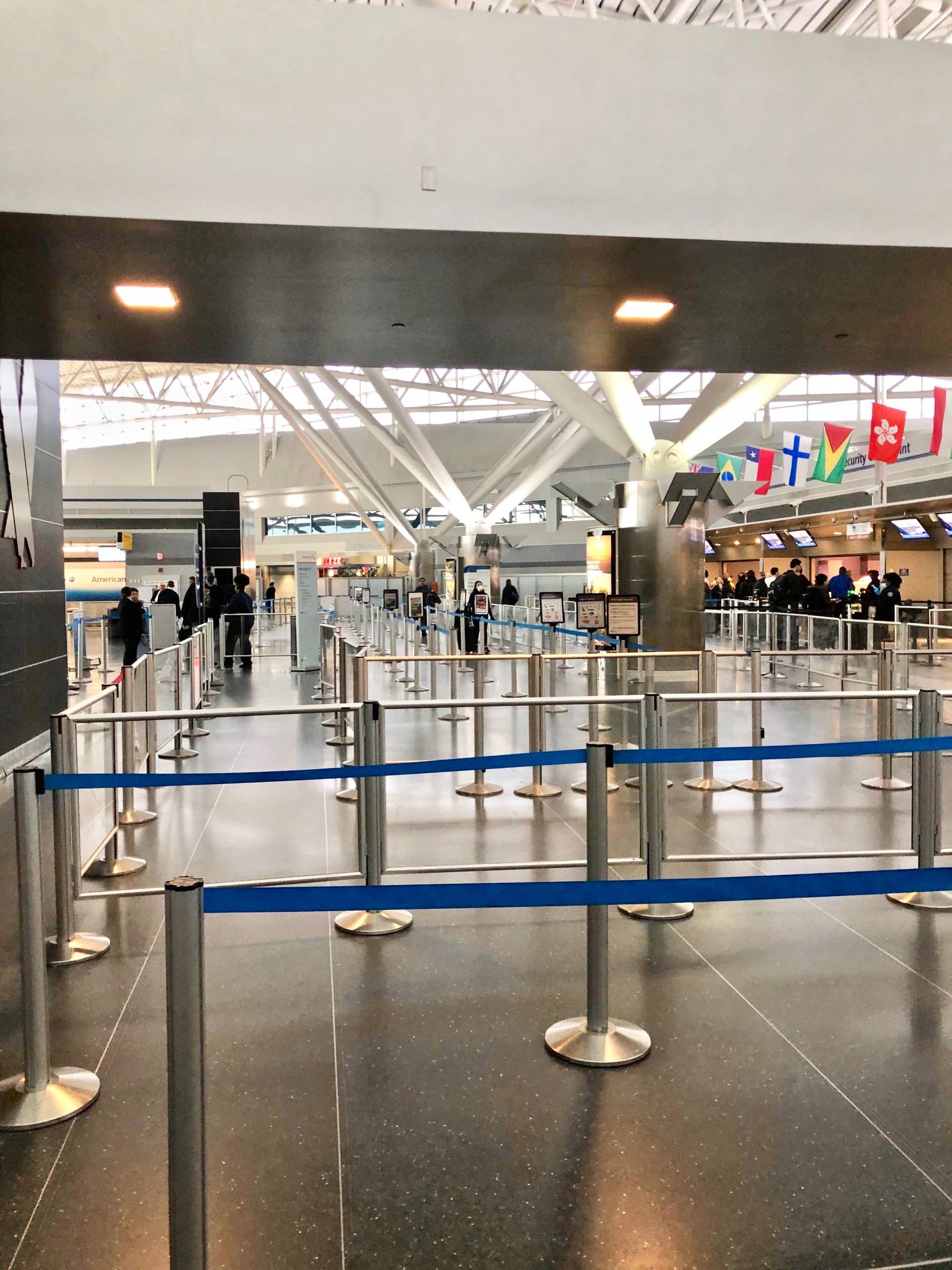 What flying from an empty JFK felt like on Thursday
This post contains references to products from one or more of our advertisers. We may receive compensation when you click on links to those products. Terms apply to the offers listed on this page. For an explanation of our Advertising Policy, visit this page.

I was out for dinner last night in New York City with a friend when my phone started buzzing with texts: "Are you escaping?", "Will you be able to get out?", "Are you ok?".

I had been enjoying dinner rather than following the news, so I was blissfully unaware that President Trump had just announced what initially sounded like a blanket ban on travel between the U.S. and Europe. When I did see why I was getting messages from friends back home in the U.K., the seriousness of my predicament was pretty evident.

But I was in better shape than a lot of other travelers.

Related: How to quickly reach a customer service agent

Two facts immediately made my situation much better than for the many people affected by this and trying to get home. One, the U.K. was excluded; and two, the ban was to take effect at a midnight on Friday. Thankfully, earlier in the week, I had already cut short my trip to visit the New York office of TPG and rebooked on the American Airlines day flight this Thursday back to London.

But that still did not put me at ease.

A million questions started running through my mind — will they cancel all flights? What will the U.K. government announce on Thursday? What if I get stuck in the U.S. because my flight is canceled? A quick check of the AA app, and website as well as Expertflyer painted a normal picture.

Related: Can I get cancel or change my award ticket coronavirus?

It was too late to try to get on the last American Airlines flight back to London on Wednesday night, and though there was a British Airways flight I probably could have made, I didn't fancy my chances of getting through to an agent in a timely manner. Nor was I looking forward to rushing back to the hotel, packing and then trying to get to JFK in time. My Thursday morning flight would have to be it.

Early on Thursday morning, the world still seemed relatively normal. Apart from a lot of activity here at The Points Guy to ensure we are bringing you the most relevant and up-to-date information, everything looked fine. My flight was showing on time, traffic to JFK looked OK and the U.K. had not announced any measure on that side of the pond that should disrupt my plan to get home.

That air of normalcy vanished as soon as I arrived at JFK.

There was not a single car dropping off passengers outside of American Airlines' Terminal 8 — on a normal working weekday, at rush hour.

The inside of the terminal was equally deserted. There was just a handful of passengers checking in, vastly outnumbered by staff.

I had wondered, of course, what flying on a day like Thursday would be like. Most corporate travel had already been halted, and we knew that many people had also canceled their personal trips; I expected it to be quiet. But this quiet?

With the ban announced the night before and only 48 hours until it would take effect, I wasn't sure whether the airport would be crazy busy with people trying to scramble home, or even more of an eerie, empty scene.

All staff members I spoke to at the airport confirmed my impression that it was definitely the latter. It was, they said, ghostlike.

I had read about lounge closures in Asia and some parts of Europe, but the American Airlines Flagship lounge was open as usual. I found it as empty as the rest of Terminal 8, though: almost pin-drop silence, a handful of passengers waiting for flights and twice as many staff.

I'm a regular here, and I had never seen the place like this. When I got to my favorite corner, a staff member promptly asked me where I would like to sit and began wiping the seat and the adjacent table. Various other staff members doing rounds in the lounge wiping surfaces on a regular basis.

In addition to lounge closures, many airlines and hotels have also closed buffets to avoid the spread of the virus. The buffet here in the lounge was open as normal. I am not a hygiene freak, but I do wonder if the prongs used to pick up the buffet food pose a bigger risk than surfaces that were being disinfected regularly.

An hour or so later, the lounge got a bit busier. Given it is only open to international business-class passengers on Oneworld alliance airlines, or OneWorld Emerald card holders, most were people who would be on my flight to London. Checking the passenger loads for the flight on Expertflyer (which is owned by the same parent company as The Points Guy) revelead that it would likely be very empty.

My only remaining worry about getting home now was that not enough crew might turn up for work, given the U.S. has issued a Global Level 3 Health Advisory urging to reconsider all international travel. But knowing how professional crew are, particularly at a time of crisis, I was confident I would get home as scheduled.

The departure board in the lounge still painted the picture of a normal day — not a single cancellation, and everything showing on time.

But very little felt normal about traveling today. And it might take quite some time before things return to what until only a few weeks ago we thought of as "normal" travel.

I was musing with my friend over dinner the night before that, for an international traveler, this may well be one of those moments to remember: "Where were you when the travel ban was announced?"

"Stay safe," the agent at the lounge's desk told me as I left, heading for my gate. We can only echo those words: Stay safe, until the day when we will look back on empty airports as nothing but a memory.