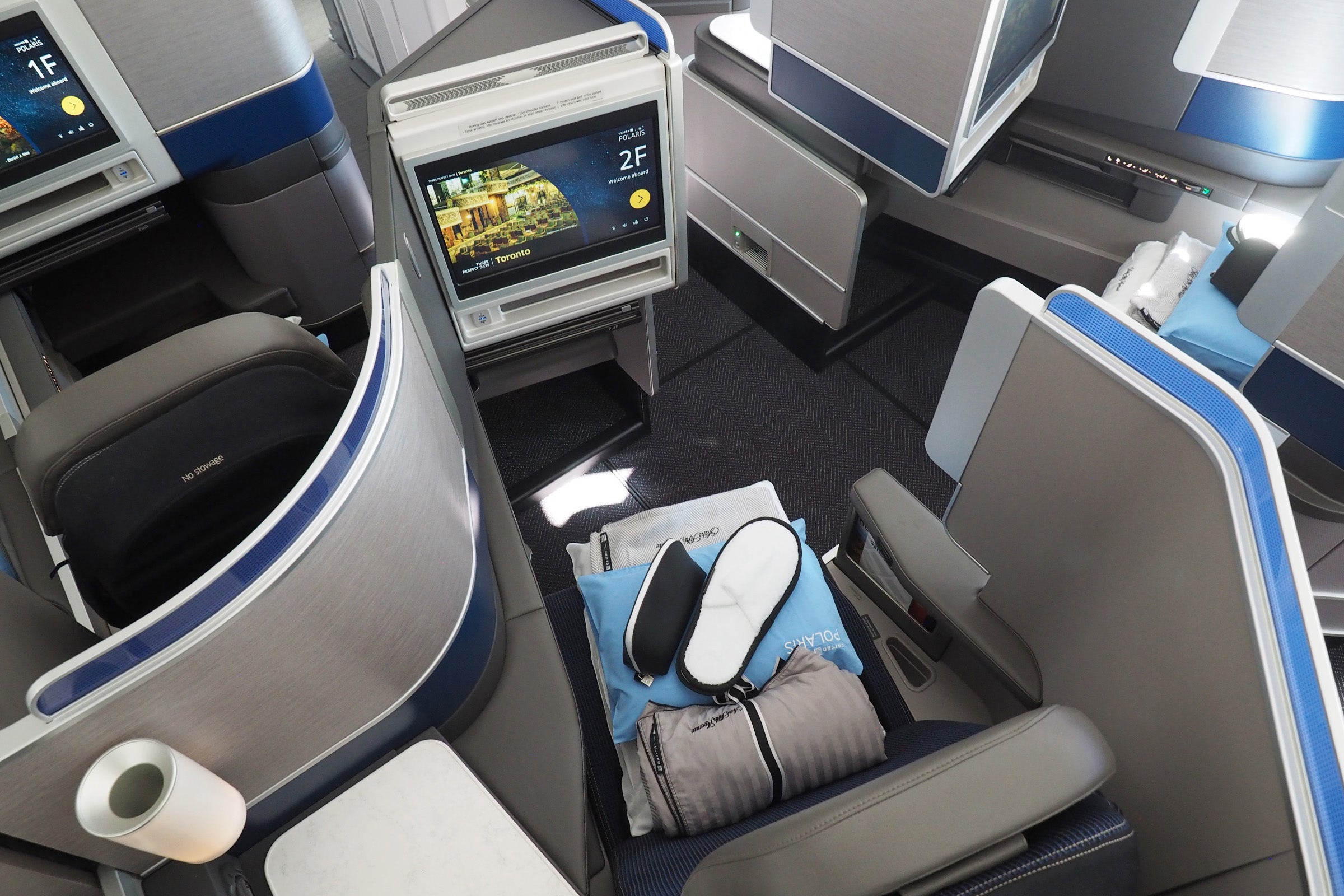 If you're a United MileagePlus member, there's a good chance the airline will be sending you a very exciting email within the next few hours — if you don't have it in your inbox already.

United has decided to not follow Delta's generous move — the airline will not be automatically extending everyone's elite status. PlusPoints, United's upgrade currency for elite members, will not be extended another time either.

I'll explain the reasoning in more detail at the end of this post, but, effectively, a blanket extension like Delta's isn't ideal for customers who have already requalified for status, and members who do have their status extended might not earn the full suite of perks — another set of Choice Benefits with Delta, for example.

Instead of just extending everyone's status, United is moving the goal posts closer while also trimming the playing field. Current elites can requalify with far less flying than they did in 2019 — at the same time, United's making it easier for members to earn status for the first time, or reach a higher tier. It's not as simple as a status extension, but it has the potential to be far more rewarding.

Before I dig into this latest promo, let's recap what United's done so far. First, the elite requirements have been reduced across the board for 2021:

From there, United elites who held status at the end of 2020 received the following deposit of Premier Qualifying Points (PQPs) to kick off the year:

So as a Premier 1K member who planned to qualify based only on PQPs, I began the year needing to earn a grand total of 11,250 — the equivalent of $11,250 spent on United flights, before taxes and fees.

Then the Q2 bonus hit, netting me an extra 3,750 PQPs — that out-of-pocket figure dropped to $6,564. After my round-trip to South Africa and some other less-expensive flights, I'm actually not too far off, close to earning Premier 1K again with far less flying (and spending) than in years past.

The chances of me requalifying on my own at this point seemed fairly high — with the promotion United announced today, it's a sure thing, adding 2,250 PQPs to my current 13,224 PQP total with flights I've already booked.

Based on where I'm at, I'm eligible to requalify with the more exclusive "Fly to the Finish" promotion, but the "Breakout Bonus" will also get me across the finish line. But even an elite who hasn't done as much (or even any) flying in 2021 has a shot at easily requalifying.

Fly to the Finish

MileagePlus members are eligible for one of two offers, as detailed right here. The more restrictive of the two promos is called 'Fly to the Finish". It's a fairly straightforward status challenge — if you fly a certain amount by Nov. 30, 2021, you'll get to keep your current status tier through Jan. 2023.

While this offer cannot be used to reach a higher tier, members who achieve Platinum or Premier 1K will earn their usual allotment of PlusPoints.

It's not open to everyone, though. To be eligible, you need to be a current elite member (as of July 27, 2021) and you currently need at least the following number of PQPs to earn status again:

In other words, if you're a Premier 1K member who only needs to earn an additional 1,499 PQPs to keep your status for another year, you aren't eligible.

Meanwhile, if you're within the above range to requalify if you earn only 1 additional Premier Qualifying Flight (PQF), based on the PQP + PQF requirement, you also aren't eligible for "Fly to the Finish". While that doesn't sound ideal, you're actually not at any disadvantage, as I'll explain momentarily.

While registration is not required for any of these promos, you can head over to this page to see if you qualify for "Fly to the Finish". If you're eligible, you'll see a list of your specific requirements, which should match the breakdown below.

Additionally, "Corporate Members," defined as customers who have flown United using a "corporate account tour code" between Jan. 1, 2019 and July 26, 2021, will automatically receive the PQP deposits below to help them achieve the requirements of the challenge:

That means a current Premier 1K who traveled on a flight booked with a corporate code will need to earn 2,300 PQPs and 10 PQFs or 2,600 PQPs alone to keep their status and earn bonus PlusPoints.

Note that if you requalify under the "Fly to the Finish" challenge, your status will be extended no later than Dec. 21, 2021, however Platinum and 1K elites will receive their PlusPoints within 40 days of completing the challenge.

Everyone who doesn't qualify for "Fly to the Finish" will be eligible for the "Breakout Bonus". This promo is nearly identical to the "Welcome-back Bonus" United offered in Q2. You'll earn up to three sets of bonus PQPs — one for each eligible trip you take by Nov. 30, 2021.

Members earn bonus PQPs for each trip as outlined below:

MileagePlus members who do not currently have any elite status are eligible for this bonus as well, though you'll only be eligible to earn a maximum of 400 bonus Premier Qualifying Points (PQPs), as you can see in the "General" row above.

Trips that began before the promotion period are not eligible — if you flew the first segment before Aug. 6, 2021, that trip won't trigger a bonus. Trips that begin by Nov. 30 but end after that date are eligible, however, as are trips that are booked before but flown during the promo period.

Bonus PQPs may take 10 days to post to your account and will be awarded based on the status held on July 26, 2021, even if you've since reached a higher tier.

There's one final promotion to dig into. MileagePlus members with co-branded United cards, including the United Explorer Card and United Club Infinite Card, have an opportunity to earn two PQFs, to help get you closer to the PQP + PQF elite requirement.

Earlier in the year, many MileagePlus members were eager for United to extend status for another year — with reduced flying in 2021, it didn't seem likely that many members would manage to close the gap.

While a blanket extension would have been the simplest option, and that's ultimately what United opted to do with its invite-only Global Services tier, customers likely wouldn't have had an opportunity to earn additional PlusPoints — an especially valuable Premier perk.

While there have been hoops to jump through and terms and conditions to sort out, United's 2021 approach has been especially creative along the way, making it easy to requalify while encouraging travelers — including non-elites — to actually take to the skies.

I spoke with Luc Bondar, the head of United's MileagePlus program, who further detailed the decision to not extend status again this year.

"Obviously when one of our competitors came out recently and they just did a straight extension, we looked at that," Bondar said. "I don't think they had much in the way of a choice, because they hadn't made changes initially to the overall structure of qualification for the year, so they would have been staring down the barrel of a lot of customers who simply weren't going to qualify, whereas our customers are actually ahead of where they would be in qualification terms versus a regular year at this point in time."

Bondar explained that he and the MileagePlus team have spoken with many frequent flyers, and the feedback has been consistently positive — elites support making it easier to qualify, but want to be recognized for the flying they've already done.

I started out 2021 as a Premier 1K member who figured it would be impossible to hit that mark again this year. Between United's initial bonus and quarterly promos, I now only need one more qualifying flight to earn 1K through Jan. 2023. I would have been thrilled to have received a status extension earlier this year — now, I'm requalifying anyway, and earning a fresh set of PlusPoints, by far my favorite elite perk.