The 10 incredible deals I found at the Unclaimed Baggage Store 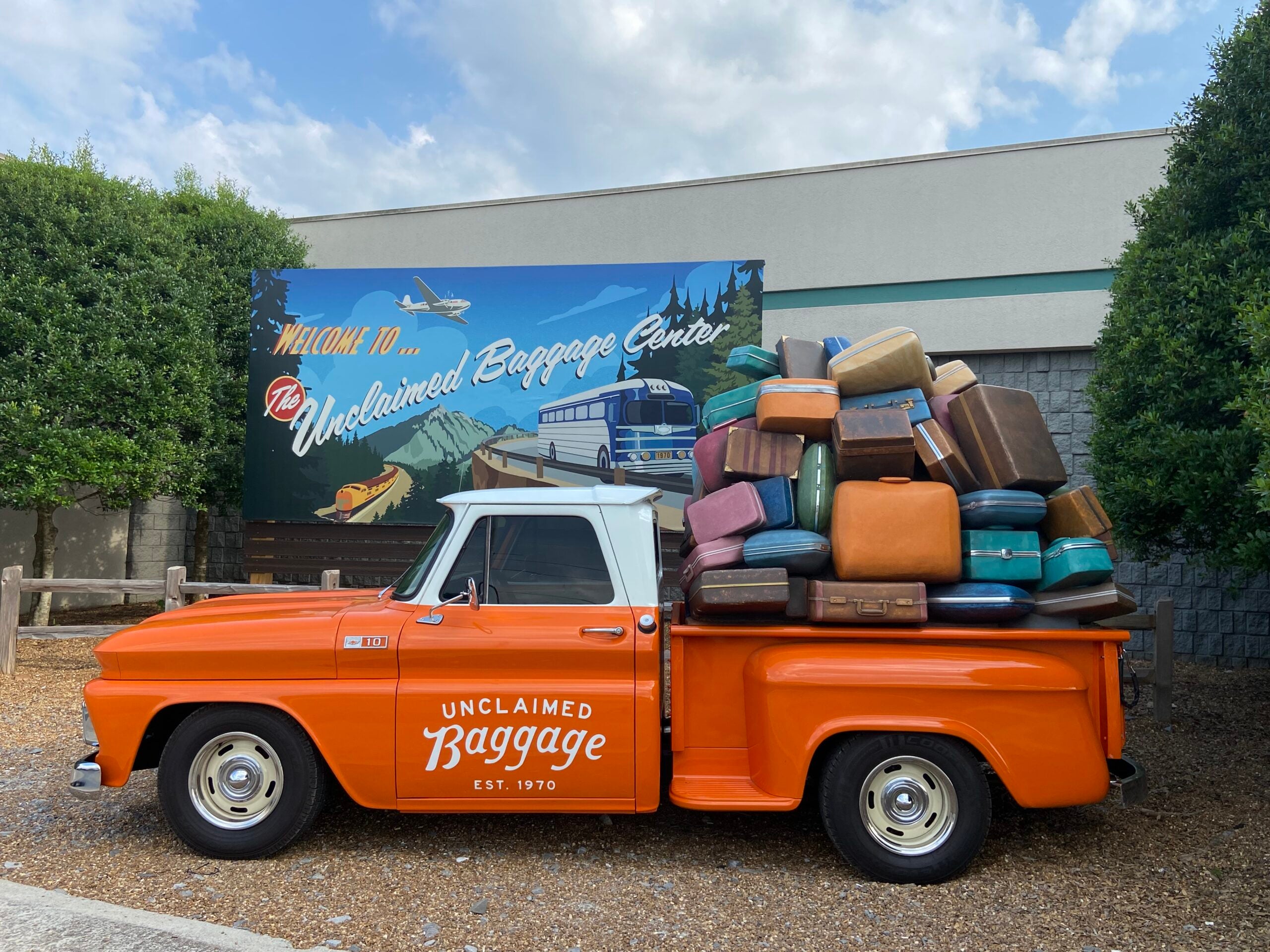 I recently decided to do a road trip from my home in Baltimore, Maryland, to my family home in San Antonio, Texas. Even though I'm known as the Aviation Queen, there's nothing I love more than a good road trip, especially since there are so many great places to see in America.

As I entered Alabama and made my way to Tuscaloosa, I saw a road sign for Scottsboro, a town about 1.5 hours southwest of Chattanooga, Tennessee.

This town is known for three things: It was where nine black teenagers were falsely accused of raping two white women aboard a train in 1931. The U.S. Supreme Court threw out two guilty verdicts against the nine, ruling they had been denied the right to counsel, violating their 14th Amendment right to due process.

It's also a stop along The Trail of Tears, the forced relocation of five Native American tribes -- Cherokee, Creek, Chickasaw, Chocktaw and Seminole -- between 1830 and 1839. They were moved 800 miles from the Southeast U.S. to reservations west of the Mississippi River.

But Scottsboro is also home to the iconic Unclaimed Baggage Store, founded in 1970 by Doyle and Sue Owens.

Doyle took out a $300 loan, borrowed a pickup truck and drove to Washington, D.C. where he bought his first load of unclaimed baggage from Trailways Bus Line. He successfully sold his haul on card tables in an old rented house and left his full-time insurance job.

That's how the Unclaimed Baggage Center was born.

In 1978, Owens inked his first official air carrier, Eastern Airlines, and then made deals to buy the lost luggage of most of the other U.S. airlines, making Unclaimed Baggage the only lost luggage store in the U.S.

Since then, Unclaimed Baggage has added lost items from more travel and entertainment businesses, along with unclaimed cargo that's been lost or damaged during shipment.

Unclaimed Baggage receives more than 7,000 unclaimed items each week, ranging from laptop computers to wedding dresses. It's a global tourist attraction, with more than a million visitors a year from all 50 states and 40 countries. I saw license plates from as far away as Washington state during my visit.

So, of course, I was going to go inside to see what bargains were to be had. These are the top 10 items I found in the store.

As a bride myself, I was amazed there were some who actually packed their wedding dresses in a checked bag. Yes, I know that the vast majority of luggage gets to its final destination — but personally, I wouldn't risk any chance of my dress getting lost.

I've been a loyal Coach handbag carrier since the 1980s, so I bought a wrist wallet at the store (normally $59; I got it for $12). I saw a Louis Vuitton Neverfull GM bag on display that retails for $1,620, and the Unclaimed Baggage store offered it for $1,295.

There was a good selection of other Louis Vuitton bags, along with an MCM tote, all in reasonably good condition.

I saw a few Tumi carry-on bags and one rolling case, but the biggest bargain by far was a large Away suitcase. It was a bit banged up, but not any worse than you'd expect from someone who used it regularly. Normally this bag retails for $295, but this one was a bargain for $95. I am still kicking myself for not buying it while I had the chance.

During my visit, there were two cases filled with Bose and Beats headphones. Both sections had wired and wireless options, ranging from $95 to more than $150. This is pretty reasonable, considering that a new pair of QuietComfort 35 wireless headphones cost $250.

I recently replaced my ancient refurbished 2013 Apple MacBook Pro because I could no longer watch its slow death.

I ended up buying a brand-new MacBook Air in July, but I wish I'd waited and bought one at the Unclaimed Baggage Store. I've never needed the newest shiny Mac, so I would have been happy paying $375 for a basic 2015 MacBook Air. The exterior condition of these laptops ranged from a few scratches to ones that were seemingly dragged across a runway.

There were plenty of iPads and iPad Pros available, too. I saw a second-generation, unlocked iPad Pro with 512 GB of storage for $569.99. The same model refurbished on the Apple store was $769, but cost as little as $323 on eBay.

At the beginning of the pandemic in March 2020, my kid wanted a Nintendo Switch -- badly. At that time, everyone else wanted them too, but I refused to pay the inflated prices. (Of course, Grandpa didn't blink when he paid $829 for a system on Amazon.) I would have been happy to pay $159 for one at the Unclaimed Baggage Store.

I bought my kid a black-and-white Swarovski crystal panda necklace for $15, a black rubber bracelet with a silver charm for $3 and another silk cord and silver bracelet for $8. I picked up a man's silver engagement ring I'm using as a thumb ring for $10.

Not surprisingly, the majority of the items in the store were clothes and shoes for men, women and children. There was a wide selection for all in every size.

I've become a big fan of the UNI women's painted canvas slip-on shoes for my travels. Amazon sells them for $70 a pair, but the brand-new pair below were a bargain at $25.

When it came to clothing, there was everything from formal gowns to jeans and everything in between. I found a full rack of women's leather jackets that were priced between $15 and $60. There was a rounder full of what the store designated as "international" clothing, mostly from Africa and India.

I saw designer sunglasses from brands including Celine, Prada, Gucci and Tom Ford at prices ranging from $50 to over $200. There was also a wall of fun readers between $15 and $35, along with regular eyeglasses from $15 to $500.

Although I had to take a two-hour detour from the highway, my spontaneous drive to the Unclaimed Baggage Store was worth it. The space is so large, you could easily spend hours in here searching for items you didn't even know you needed, such as that gray cashmere travel wrap for $59.99.

If you can't get to Scottsboro to see the store in person, don't worry -- you can shop online. Unfortunately, you won't be able to have that Away suitcase shipped (yes -- I called to ask the next day) since the store only mails smaller items. But there are still enough items online that will give you a good sense of what you'd see in the store. Happy shopping!

Featured image by (Photo by Benét J. Wilson/The Points Guy)
Editorial disclaimer: Opinions expressed here are the author’s alone, not those of any bank, credit card issuer, airline or hotel chain, and have not been reviewed, approved or otherwise endorsed by any of these entities.