Articles
Max Prosperi is a part-time frequent flyer and travel writer and full-time student. Based in St. Louis, Missouri, Max covers a variety of topics with a focus on points, miles, and aviation.
Follow
Feb. 16, 2019
•
3 min read 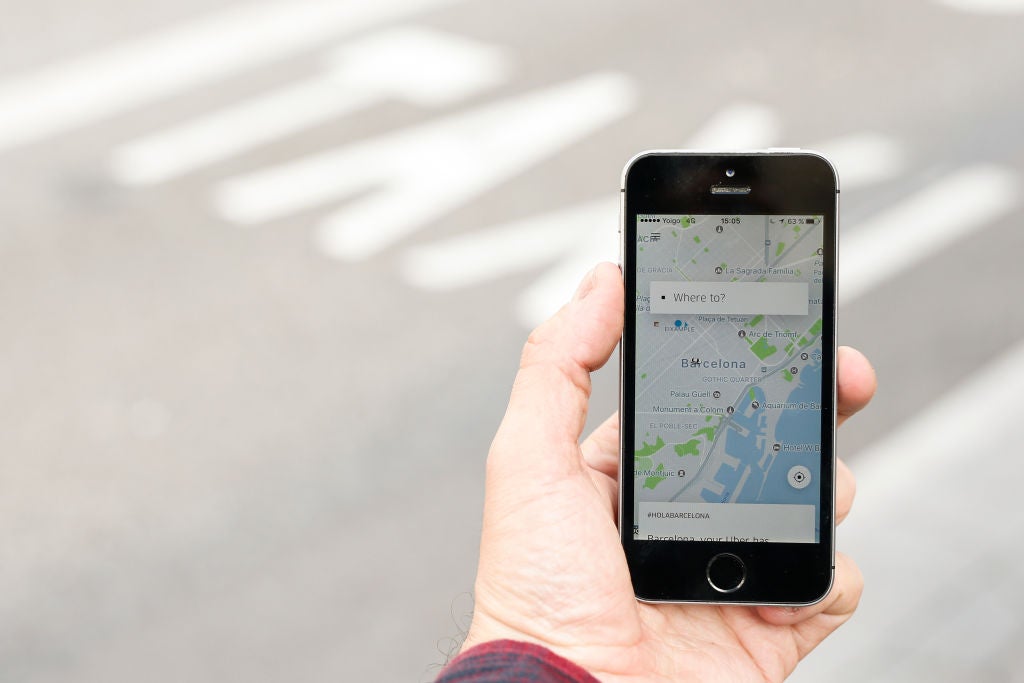 Uber Launches Mini-Lounge at LaGuardia Airport
This post contains references to products from one or more of our advertisers. We may receive compensation when you click on links to those products. Terms apply to the offers listed on this page. For an explanation of our Advertising Policy, visit this page.

Passengers traveling through New York-LaGuardia's Terminal B might notice something new and unusual as they make their way through the departures level. Popular ridesharing service Uber recently launched a mini-lounge meant to make the ridesharing process a little less painful.

The lounge will serve as a waiting area for arriving passengers as they hail and wait terminal-side for their Uber. Though it's not much, Uber's mini-lounge could greatly reduce the stress of ridesharing at LGA.

New York-LaGuardia is currently undergoing a multi-million dollar improvement project, which includes a new central terminal, a new Terminal B and new concourses. If you've traveled through LaGuardia recently, you're no stranger to the chaos that ensues during peak arrival and departure times at the airport. Much of the roadways surrounding the airport's terminals, especially the roads around Terminal B, have been shut down, rerouted, or limited to a lane or two. While eventually these road closures will give way to a modern terminal, construction has been an absolute nightmare for travelers. Ridesharing and ground transportation services at the airport have not been spared from the chaos.

The current state of ground transportation services at LaGuardia, and ridesharing in particular, is actually one of the more convenient setups the airport has offered since the construction process began. At one point, passengers arriving at Terminal B were forced to take a shuttle to a remote location to hail their rideshare. It was not a pleasant experience. However, with frequent and crippling traffic jams still plaguing LaGuardia, ridesharing is a mess.

To take the edge off, Uber recently unveiled a modest yet practical ridesharing lounge at which arriving passengers can stop and wait for their Uber. The official name for this pseudo-lounge is the Uber Rider Center. While the term lounge is a bit of a stretch, the Rider Center does offer a few amenities, such as power outlets and Uber representatives available at a rider's disposal.

Uber's decision to include power outlets was also a smart move. One of the most stressful scenarios the modern traveler can find themselves in is a phone hovering around 4% battery life upon arrival in a new city. Now, if you find yourself in this situation at New York-LaGuardia, you will have access to a power outlet in the Uber Ride Center.

If you're a frequent Uber rider at New York-LaGuardia, you can find the Uber Ride Center in Terminal B on the departures level near the D gates. The Ride Center will remain at the airport until the current Terminal B closes its doors to make way for the new Terminal B.

While many riders will likely appreciate a space like the Uber Rider Center, Uber says that it does not have any plans at the moment to expand the program.

Our points-obsessed staff uses a plethora of credit cards on a daily basis. If anyone on our team wouldn’t recommend it to a friend or a family member, we wouldn’t recommend it on The Points Guy either. Our opinions are our own, and have not been reviewed, approved, or endorsed by our advertising partners.
See all best card offers
Related stories
News
Always wanted to own a giant cruise ship? Here's your chance
News
Chasing American Airlines elite status? Here are 14 ways to earn Loyalty Points
Deals
Fly to Greece from multiple US cities for less than $700
News
American Airlines restores free 24-hour hold option