The CEO of Uber Tells TPG What's in His Wallet, and His Favorite Perks of Uber Rewards 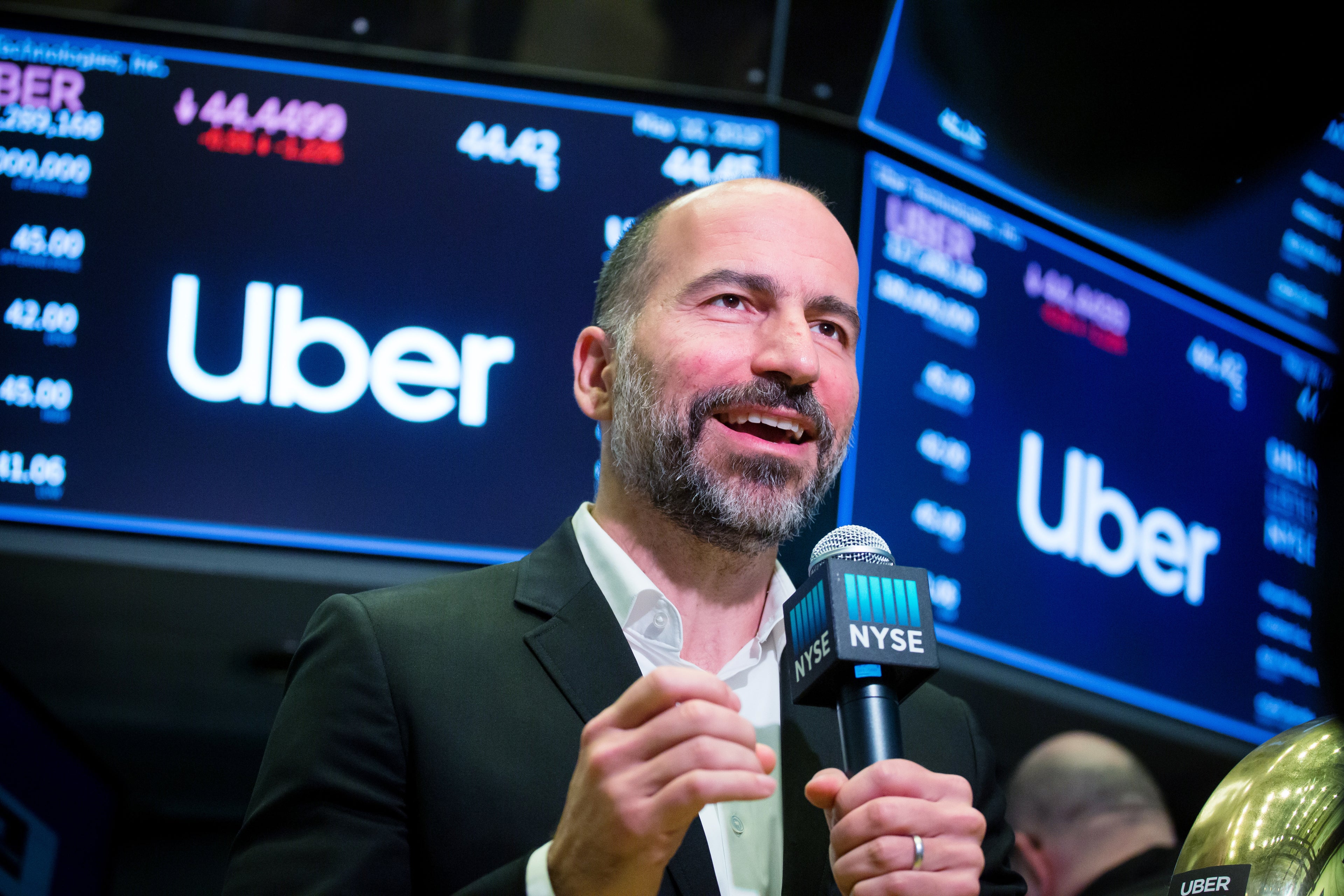 The CEO of Uber Tells TPG What's in His Wallet, and His Favorite Perks of Uber Rewards
This post contains references to products from one or more of our advertisers. We may receive compensation when you click on links to those products. Terms apply to the offers listed on this page. For an explanation of our Advertising Policy, visit this page.

Dara Khosrowshahi became the CEO of the world's largest ride-hailing company in 2017, and has presided over a series of initiatives diversifying the company outside of its core ride-hailing business.

Wednesday in Washington, DC, Khosrowshahi sat down with TPG to talk about the future of the company, its co-branded credit card, and his favorite perks of the Uber Rewards program.

Uber joined the ranks of travel companies with a co-branded credit card at the end of 2017. Uber chose Barclays as the issuer and provided a strong value proposition for a no-annual-fee card, offering 4% cash back on dining, 3% back on hotels and airfare, 2% back on online purchases and 1% back on everything else.

Related: The 5 Best Credit Cards to Use for Uber.

As for what cards he holds, one would think the CEO of a multibillion dollar, multinational company, who is very well compensated, is a very good candidate for the Amex Centurion, commonly referred to as the Amex Black Card — and often found in the wallets of high-net-worth individuals.

But he doesn't have one. Does he have the Uber Visa Card, though?

“Hello!" said Khosrowshahi. "Of course I do! Look how beat up this damn thing is. That thing has been used!”

He wasn't joking: the magnetic strip on back of the card he handed over was worn down, and the edges were quite frayed. I asked if he also had the The Platinum Card® from American Express, since it doles out up to $200 a year in annual Uber credits.

“I do have the Amex Platinum," said Khosrowshahi. "It’s getting used a lot less. It’s feeling a little lonely since the Uber credit card came out, I have to say.”

Khosrowshahi is a very frequent traveler, so it makes sense he holds onto the Amex Platinum since it gets him into lounges around the world.

As for the Uber credit card, it has some pretty rich benefits and earning considering it doesn't charge an annual fee. Khosrowshahi said that it's because of Uber's strong brand and the demographics of people who use the service. Issuers wanted access to those customers, he explained.

"The Uber demographic is a younger demographic, it's an urban demographic and it's the kind of demographic that brands and financial companies battle for," the CEO said. "So this is a pretty valuable urban customer, and as a result we were able to build an offering that gives them a lot of benefits and a lot of money back."

We switched to the Uber Rewards program, which launched last fall, and while Khosrowshahi wouldn't share any of the specifics of additional perks that may be added to the program, he did divulge the benefits that were most valuable to him.

“When I land at the [airport], getting the priority dispatch. That’s a really, really cool perk for me. And car upgrades are also pretty cool. When I get a nice black car for an X price, it always feels like my lucky day,” he said, referring to the Uber Black and less-expensive Uber X options.

"Sometimes I’ll order an X, when I want to treat myself I’ll order a Select usually, and really I'm just trying to try out all the different products. And as CEO you have to understand your product to work with the team to improve it,” he said.

But his favorite mode of transit among those you can currently book through Uber is the dockless Jump Bikes, which have a tiny attached motor that gives the bikes some extra kick. "You feel like Superman," is how he put it.

Since we were at the Uber Elevate conference, which focused on Uber's hopes to launch flying air taxis, Khosrowshahi said that flying cars and helicopter rides (soon to launch in New York) would earn points towards Uber Cash and elite status, like all other ride options do in the Uber rewards program.

As or what he does with points, yes, Khosrowshahi said he is a points guy — using his points for his family's travel and referring to himself as the "Points Santa" (will the real Brian Kelly please stand up.) When it comes to airline miles, Khosrowshahi likes United Airlines. Since he lives in San Francisco, a United Airlines hub, he tends to fly with them a lot and tries to stay loyal.

“I try to be rational," he said, "but I think the airlines have done a remarkable job of driving irrationality as it relates to the points programs."

He's not the only one to feel that way.