What It's Like Inside Uber Air's First Aircraft Cabin 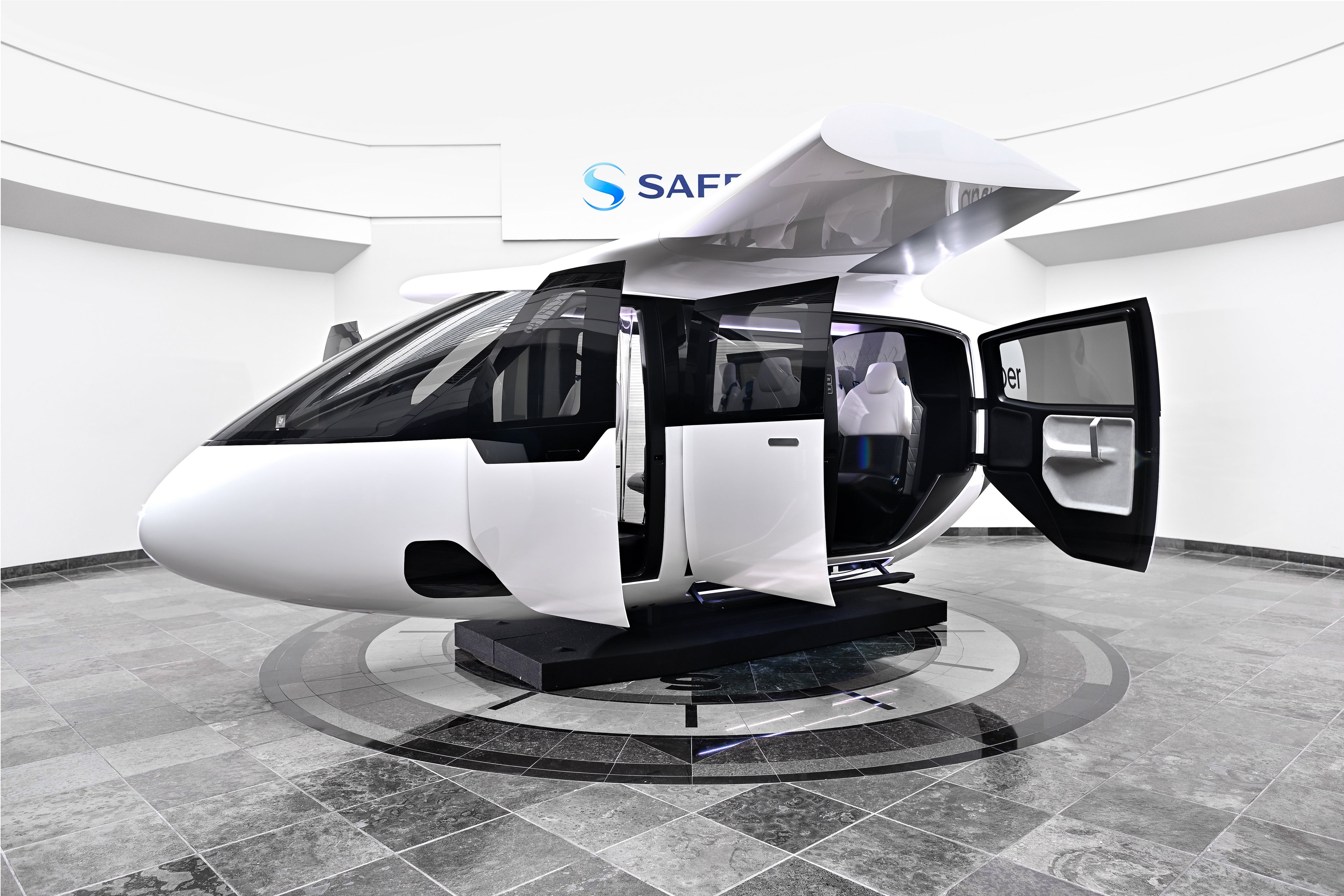 What It's Like Inside Uber Air's First Aircraft Cabin
This post contains references to products from one or more of our advertisers. We may receive compensation when you click on links to those products. Terms apply to the offers listed on this page. For an explanation of our Advertising Policy, visit this page.

No, this isn't the Jetsons -- this is real life. Uber has unveiled a model aircraft cabin that it hopes to use for its future Uber Air service.

Uber plans on launching the first commercial Uber Air flights by 2023, and this could be the what passengers fly in when that time comes. However, this model will just serve as a "North Star" for future air taxi vehicles.

The cabin sits four passengers and one pilot. Built in partnership with Safran design, who has designed seats for airlines through its subsidiary Zodiac, like United's Polaris suite, the aircraft has room suitcases and bags toward the rear of the cabin — and there's a small control panel where the pilot would sit.

In the full scale mock-up displayed at the Uber Elevate conference, TPG was able to get a feel for the cabin: seats were wrapped in leather, blue mood lighting glowed from the ceiling and seat belts came over the shoulders. The display felt similar to what you'd experience on a helicopter.

The pilot's area is quite sparse, with just a small tablet displaying flight details and routing.

There's not many extras and doo-dads — but that's how Uber wants it.

“We don’t want any excess weight or cost, but the mission also requires safety, a comfortable user experience, and a seamlessness of all the user interactions," said Scott Savian, EVP of ZEO at Safran Cabin. "So while the cabin may be minimal in some ways, it’s absolutely purpose built to the mission.”

Keeping the weight down will help eVOTL (electric vertical takeoff and landing) aircraft become a reality. And because these vehicles will be used on shorter trips, it's not necessary to have all the amenities you'd find on a normal aircraft.

At the rear of the aircraft are two charging ports where the electrical vehicle would juice up in between flights.

Uber itself isn't building the flying cars, but working with partners like Embraer, Bell Helicopters and more to create the aircraft that it hopes will one day become common place in the skies. This concept is built to the specifications of these vehicles, and Safran hopes it becomes the standard for the eVTOL vehicle rider experience.

Still, widespread commercial use of these vehicles is likely a long way off, and initial tests have already been pushed back. But, Uber is serious about making flying cars become a reality, and they want you to be able to book one all though the app. It's part of the company's plan to become more than just a ride-hailing service, but offer other transportation methods like dock-less bikes and scooters.

Uber plans on testing eVOTL vehicles next year and wants to begin its first commercial Uber Air flights in 2023, with its two US launch cities including Los Angeles and Dallas. The aircraft will take off and land like a helicopter but can cruise at faster speeds — it wants to use the aircraft for shorter intra and inner city trips — mainly to get around car traffic congestion in cities.