Traveling during the coronavirus crisis: One family's adventure overseas 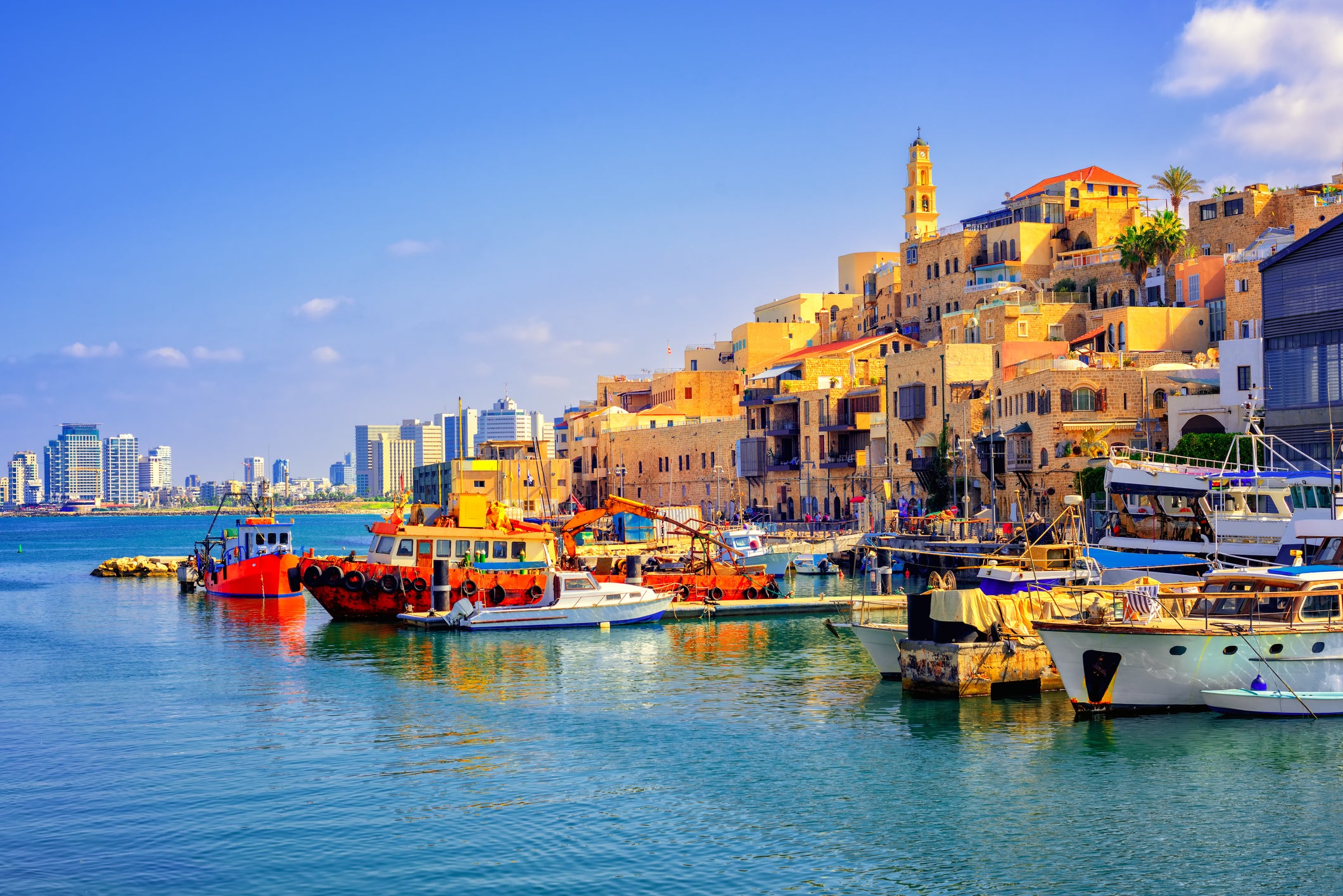 TPG discourages traveling right now. But if you do choose to fly here are some of the headaches and considerations for you.</strong>

Editor's note: TPG discourages traveling right now. But if you do choose to fly here are some of the headaches and considerations for you.

Almost a year ago, I began redeeming hundreds of thousands of points and miles for a grand family trip to Israel and South Africa. This was supposed to be the trip of a lifetime — but not because of an unprecedented global health crisis. In fact, our epic family trip has now become a surreal global race to stay ahead of events.

For the latest travel updates, bookmark TPG’s coronavirus hub page and sign up for our daily newsletter.

In Israel, we would visit with family and host a party in honor of our daughter's bat mitzvah, while touring places like Jerusalem.

On paper, it was a masterpiece of award travel planning. In early March, my wife and I, along with our three children, ages 4, 7 and 12, were ticketed to depart from our home in Denver. Joining us would be Polina, our 20-something family friend who is helping with our kids in exchange for a free trip. Bringing her along also allowed my wife and I to sit in business class and put the kids in coach while permitting the kids to sleep in a separate hotel room, too.

On previous international family trips, we'd all flown in business class but award space, let alone our finite balances of points and miles, wouldn't permit it this time. We had used United MileagePlus miles, earned largely through the Chase Ultimate Rewards program, to book award tickets from Denver to Tel Aviv via Munich on Lufthansa.

Limited-time offer for the United Club℠ Infinite Card: Earn 100,000 bonus miles after spending $5,000 in purchases in the first three months from account opening. Offer ends May 18, 2020.

After 10 days in Israel, we were to fly to Johannesburg, South Africa, on an El Al nonstop from Tel Aviv. We booked these reservations using Qantas miles transferred from the Citi ThankYou points program. After two weeks in South Africa, we were scheduled to return to the United States by the first of April via Ethiopian Airlines to London, and United to Denver.

How our trip began

As the global health crisis began to rapidly emerge last week, our departure on Saturday, March 7 started to feel a little in doubt. The Israeli press was reporting that all travelers from Europe would have to prove that they could enter two weeks of at-home quarantine upon arrival, or they wouldn't be permitted into the country. Since it was unclear if that requirement would apply to those merely changing planes in Europe, we decided to try to avoid a European stopover if possible. Thankfully, United's award space was beginning to open up dramatically as the virus and the uncertainty spread. United was happy to waive our change fees and book us on tickets from Denver to Newark continuing on a nonstop flight to Tel Aviv on a Polaris-equipped 777-300.

Related: Everything you need to know about United's Polaris class

Nevertheless, events were progressing rapidly by the time we departed Newark, and we couldn't help but express concerns to the flight crew as to what the current situation would be in Israel by the time we arrived on Sunday morning, March 8. To our surprise, the flight attendant asked the captain to speak to us, and he was unaware of any new restrictions but promised to get an update. Captain Alan Moses, unlike his biblical namesake, was able to safely deliver us to the Holy Land.

Upon reaching the immigration checkpoint at Tel Aviv's Ben Gurion Airport, I handed our passports to the border patrol officer, offered a weary smile and said "boker tov," Hebrew for "good morning." We were taken aback as he strictly warned us that this wasn't funny before we were quizzed on our nationalities and our recent whereabouts.

Rumors were flying that the government was about to close Israel to all foreigners but, instead, it took the unprecedented step on Monday, March 9, of requiring two-week quarantines for all arrivals beginning on Thursday of that week. Prime Minister Netanyahu also added that foreigners would be allowed several days to leave the country in an orderly manner, yet we found nothing requiring us to depart immediately. Furthermore, El Al publicly pledged to provide essential services, and specifically mentioned South Africa as a destination that would not be cut, along with the United States and just a few others. Nevertheless, we scrambled to try to change our tickets to depart for South Africa as soon as possible.

We canceled our daughter's bat mitzvah party. Festivals for the Jewish holiday of Purim weren't held. We did not visit Jerusalem. Instead, we've ridden camels and visited parks in the hope of avoiding contact with others.

I was very proud of myself for booking this entire trip, including all airfare and hotels, with points and miles. Yet I never fully appreciated the disadvantages of traveling this way during a global emergency. With the telephone lines predictably jammed, we decided it was easiest to visit the El Al desk at Ben Gurion Airport to try to move up our flight to South Africa.

It was a brief visit. The moment they realized that our tickets had been booked through Qantas, they threw up their hands and said to call them. (Qantas doesn't serve Israel so there was no one to talk to here.) A moment later, their supervisor approached to inform them that a previous customer had tested positive for coronavirus, and they were ordered into two weeks' quarantine. We left the airport immediately and attempted to call Qantas.

The Qantas reservations desk was essentially unreachable. Over two days, we were repeatedly placed on hold for two hours before the phone disconnected each time. When I tried reaching the frequent-flyer desk, they picked up instantly but refused to help us. There was also no response from their app's messaging feature. Finally, the frequent-flyer desk agreed to transfer a call to the customer service desk, which eventually answered and was willing to help us, somewhat.

Global emergency or not, Qantas only had access to the award space that El Al made available to them. But in light of minuscule demand, there were sufficient award seats on the next flight departing on Sunday the 15, three days ahead of our planned departure on the 18. And apparently, a deadly global pandemic isn't sufficient reason for our Australian friends to waive their change fees, a fact that I won't soon forget. Thankfully, Qantas collects its change fees in points, and I was able to instantly transfer the necessary amount from my American Express Membership Rewards account while on the phone with the representative.

Related: Coronavirus hotel change and cancelation policies -- what to know

We decided to travel on to South Africa

Exploring the ancient Roman ruins at Caesarea was another way to have fun and avoid crowds. My heart skipped a beat when I received a text from El Al saying that our flight to Johannesburg was canceled. It took me several minutes until I reread the text and realized that it referred to our originally booked flight on March 18, not the one of the 15 that we currently hold tickets for.

Nearly every minute of every day, I'm second-guessing our decision to continue this family trip and to visit South Africa. As I write this Saturday night, March 14, events are still rapidly developing. In the last 24 hours, the U.S. has declared a state of emergency, and we've learned our children's schools will be closed through spring break, at least. Flights between Israel and North America are down to a trickle, and nearly all European carriers have ceased service to Tel Aviv. Flights from Europe to North America are also being curtailed due to the latest travel bans.

The Israeli government has ordered the closure of all restaurants, malls, cinemas, hotels and health clubs and the cancellation of weddings, group trips and conferences. Gatherings of more than 10 people are prohibited. Thankfully, we're renting an apartment (using points from Chase Ultimate Rewards, of course). But clearly, it's time for us to go.

Twenty-four hours from now, we're planning to be on the plane to South Africa for the following reasons. First, we don't have tickets to the United States, and it could be many days until we can find them, or have to cough up thousands of dollars for revenue seats. And upon our return home, we're contemplating weeks, if not months, of homeschooling and isolation. With a young, healthy family, we would be less at risk ourselves and more of a risk to others. And finally, South Africa has just begun reporting its first few cases, so it appears to be a safer place to be than the U.S. or even Israel (which has yet to report a fatality as of this writing).

At dinner Saturday in Tel Aviv, our waiter offered my wife and me an "end of the world shot" on the house.

We could be making a big mistake by not going home now. Every day brings dramatic new announcements that were unthinkable just a few days earlier. Our family fully expects to be in isolation when we come home in April. But by then, it seems likely that most American families will be too. By continuing to South Africa, we are hoping to postpone that predicament for at least a few weeks, not to mention experiencing an incredible country.

We hold tickets home from South Africa, and we know that United will be more generous than Qantas when it comes to waiving change fees. And if our flight to South Africa doesn't operate, or we are restricted from entering the country for some other reason, then we'll do whatever is necessary to return to the United States as soon as possible.

With news of many countries closing their borders entirely, it's also possible that once we've spent two weeks in South Africa, we won't be able to return to the United States for a long time. It's a scary thought, but we think that being stuck in South Africa for a while isn't the worst possible fate. We're also hopeful that airlines will remain in operation, even if only on a minute fraction of their previous schedules, and that we'll be able to be repatriated when we're ready. That the current travel bans have excluded returning Americans has given us a measure of confidence.