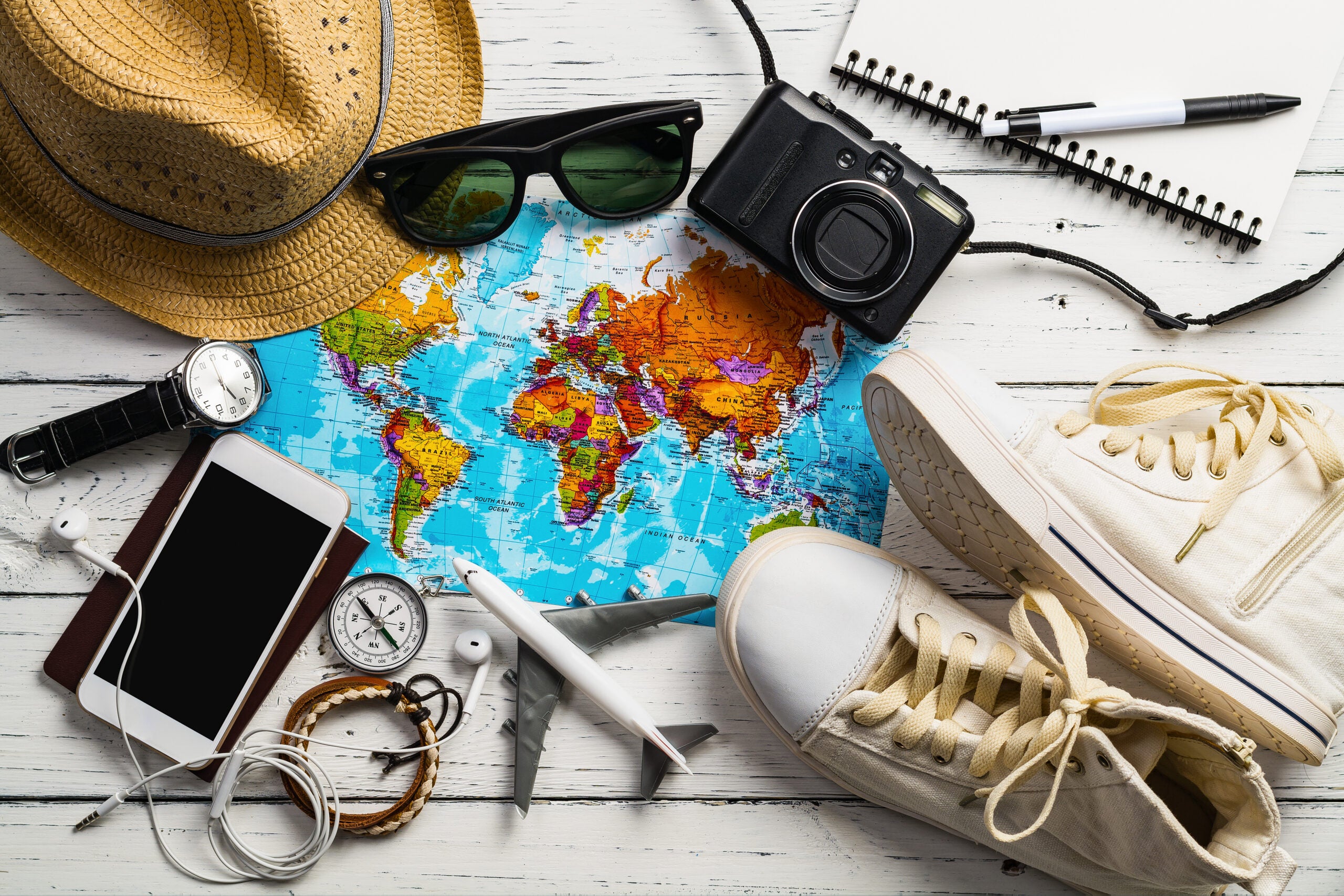 Year three of the COVID-19 pandemic is still throwing a wrench into travelers' plans for achieving airline and hotel elite status. I personally had to jump through serious hoops to get Southwest A-List status in 2021, doing so with less than a month to spare.

I earned Hyatt Globalist status for 2022 completely by accident thanks to an unusually high number of stays combined with the hotelier slashing elite status requirements by 50% for the 2021 qualification year. This meant that I only needed 30 tier-qualifying nights for Globalist instead of 60.

I knew I wasn't alone in my quest, so I polled my TPG coworkers to see what they did to earn elite status for 2022. They had some incredible tips and tricks to share.

While I requalified for United Premier 1K, I let my American Airlines Executive Platinum status drop for the first time in a decade, even with all the juicy promotions. I also requalified for JetBlue Mosaic status via credit card spend. In 2022, I just want to fly the best airline with the best seats to wherever I'm going, caring less about status. That said, United is still my go-to since I live in Pennsylvania and Newark-Liberty International Airport (EWR) is the most convenient airport for me.

In the beginning, earning United Premier 1K status wasn't on my radar. It usually requires far too much spending for my travel patterns, but this year, I found myself much closer than expected with a couple of months left to go. So, I decided to pursue it before the end of 2021.

With a tight 1.5 months to go and a few trips still to fly, I was a mere seven flight segments and less than 2,500 Premier qualifying points (PQPs) under the threshold for Premier 1K. So, to hit those magic numbers, I did several things.

I used my United Club Infinite Card to earn 500 PQPs after spending $12,000 on purchases in the calendar year, remembering that I could earn up to 3,000 PQPs per year just in spend alone. While I shifted the bulk of my spending over too late to cap out at 3,000 PQPs, I knew I could potentially pick up 500 more PQPs before the end of 2021 without having to actually fly.

I also earned PQPs by “buying up” to domestic first class on the remaining flights I had planned for 2021. Additionally, I was only four segments short of meeting the Premier Qualifying Flights (PQFs) threshold, so I flew to Dallas and Austin, Texas, where there were people I wouldn't mind seeing for lunch and plenty to explore on my own.

These strategies ended up being enough to earn Premier 1K, but if necessary, I could've also bought PQPs outright using the “Award Accelerator” option.

With my newly minted Premier 1K status, I can use the 280 PlusPoints I receive for domestic and international upgrades for myself and my family. In fact, I just used 80 of them to upgrade my family of four to Polaris lie-flat seats for a recent ski trip. I'm also looking forward to the complimentary onboard snacks and drinks, bonus miles and better and quicker service I'll receive this year with my status.

I had several big status victories in 2021. For airlines, the most notable for me was qualifying for Alaska’s new top elite tier, Gold MVP 100K. By using my Alaska Alaska Airlines Visa Signature® credit card for various purchases and taking advantage of the "fast track to status" promotion, I was able to get across the finish line. I also will keep my Hyatt Globalist status until early 2023 thanks to promotions and a challenge way back in 2020.

I earned Delta Diamond Medallion status on a New Year's Eve flight from New York to London. This is my first time ever earning top-tier elite status, and I'm really excited to reap the benefits all year. A strategically booked partner ticket on Aeromexico and last year’s "Status Accelerator" promotion helped me upgrade my status from Platinum to Diamond.

Related: Closing the gap: My plan to qualify for Delta Diamond status this year

When life gives you lemons, make lemonade. Or, in my case, turn temporary offers into Executive Club Silver status with British Airways.

It's now easier and cheaper than ever to earn British Airways status by flying with the airline itself thanks to two very generous offers, so I took full advantage. To start, British Airways reduced the number of Tier Points needed to reach elite status levels by 25% for a limited time. The airline is also awarding double Tier Points for BA Holidays bookings where your trip commences in the U.K., lasts at least five nights, includes either a hotel or car hire for the duration of your stay and takes place by March 31, 2022.

You can read more about how I earned British Airways elite status in just one trip to Greece here.

I requalified for American Airlines Executive Platinum status in 2021, which was a large feat due to my relatively limited travel. I was proud to actually requalify instead of just extend my status — one that I've held since 2016. A few special fares, premium-economy fares and flying round-trip in Qatar Airways' business-class Qsuite to the Maldives were critical to helping me maintain my status.

I also earned Marriott Bonvoy Titanium and World of Hyatt Globalist, each for the first time, through credit cards, promotions and strategically planned stays at inexpensive hotels. I never expected to go for World of Hyatt Globalist status since the lower Hyatt tiers don't provide many perks, but 2021 provided the perfect opportunity thanks to Hyatt's double elite nights promotion at the beginning of the year.

In August 2021, United offered me the "fly to the finish" promotion, which required accruing 1,400 PQPs to qualify for United Premier Gold status. I did a few flights and thought I hit that PQPs threshold, but it turns out I was 77 PQPs short because I didn't calculate the taxes correctly for one of the flights. A higher fare class would've been enough, but it was too late, so I called United, acknowledged I fell short of the required amount and begged the representative to give me status. This is the offer the representative provided:

I could pay $2,815 to qualify for Premier Gold in 2022, but knowing I was ultimately only $77 short, I couldn't justify paying up, so I begrudgingly settled for keeping Premier Silver status.

I flew a lot in the second half of last year to cover the cruise industry restart. I qualified for United Premier Silver status in early December. It's my first time earning status with a major U.S. airline, so it was a special accomplishment for me. In the five times I've flown since earning Silver status, I've been upgraded to first class twice — another first for me.

JetBlue was offering JetBlue Plus cardholders the chance to earn Mosaic Qualifying points by spending $5,000, $10,000 or $15,000 on the card in the last three months of 2021. So, I started paying for the bulk of my purchases with my JetBlue Plus card, eventually accruing $10,000 in spend and just enough points to qualify for Mosaic status on Jan. 19. I'm most looking forward to the free same-day Even More Space seat upgrades and dedicated customer service line.

Related: Time is running out to take advantage of this JetBlue Mosaic fast-track offer

I was coming close to not requalifying for United Premier 1K status in November. However, thanks to the ability to earn more than 1 PQP with United's partners (if I booked strategically), I was able to find a heavily discounted premium-economy fare (around $750 round-trip) between London Heathrow (LHR) and LAX on Lufthansa (outbound) and Air Canada (return). The trip earned me about 2,000 PQPs, getting me to United 1K and — more importantly — my family in California for Thanksgiving.

I've had Delta Gold Medallion elite status for a few years but managed to qualify for Delta Platinum Medallion in September because of a few factors. Due to Delta's decision to roll over Medallion Qualification Miles (MQMs), plus several trips between San Diego (where I currently live) and my hometown of Minneapolis, I was well on my way to Platinum Medallion status. What ultimately pushed me over the threshold was flying Delta overseas to Greece and Germany.

Related stories
Real ID requirements for air travel in US delayed until 2025
Another major cruise line to sharply hike onboard fees
Save money with these travel-related offers on your credit cards this month
Use these shopping portal bonuses to earn extra miles this holiday season
Featured image by Shutterstock
Editorial disclaimer: Opinions expressed here are the author’s alone, not those of any bank, credit card issuer, airline or hotel chain, and have not been reviewed, approved or otherwise endorsed by any of these entities.