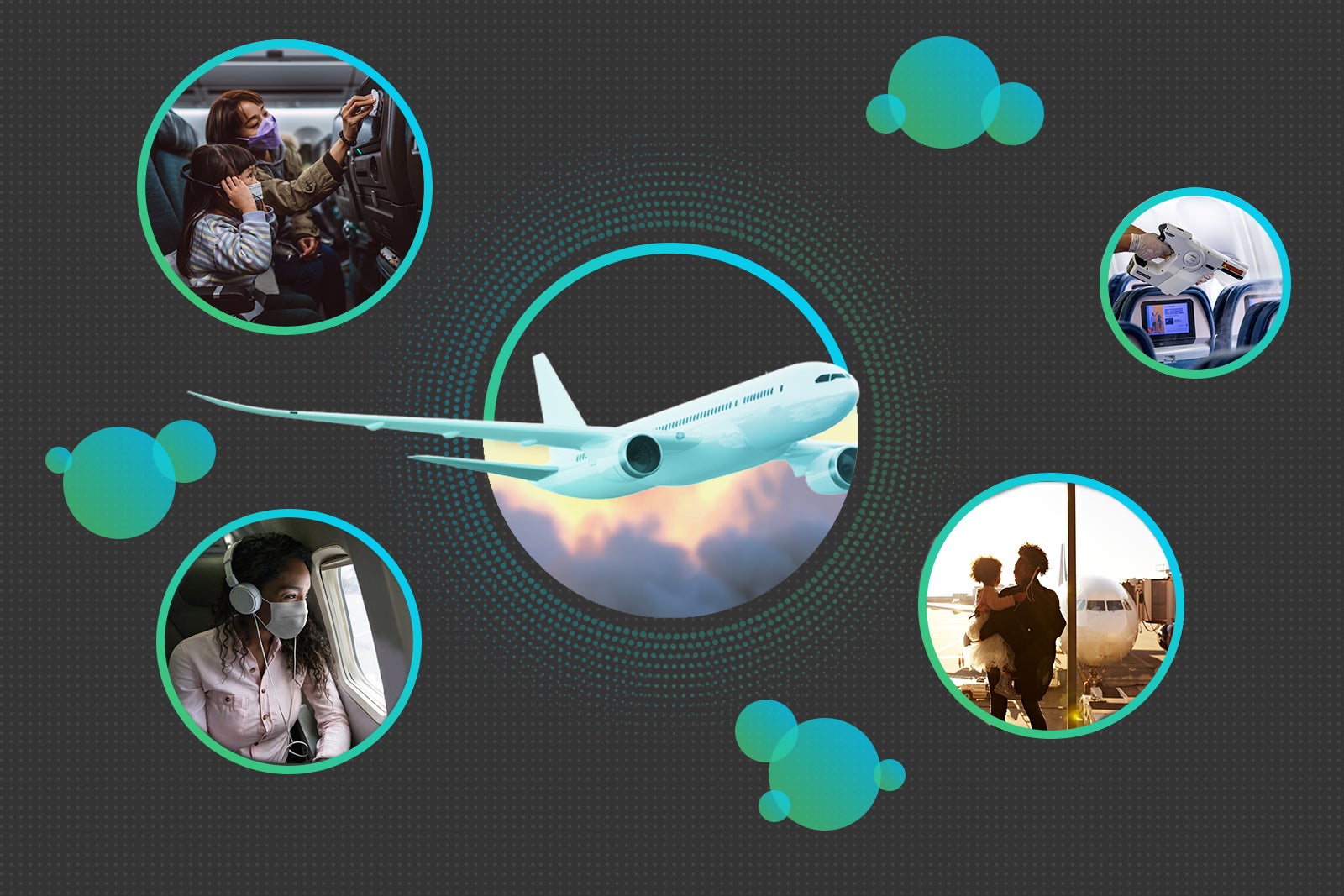 What a difference a year makes.

Our 2020 best airlines report had a very different look than in years past. With the entire industry still in the grips of the coronavirus pandemic, we pivoted to highlight those carriers taking the most significant steps to keep passengers safe in the skies.

But today, it's a different story.

Travel has surged back, with domestic demand reaching pre-pandemic levels and the TSA now regularly screening over 2 million passengers a day. Here at TPG, we're thrilled by the travel recovery — and just as excited to return to a more traditional methodology for determining which U.S. airline offers the best overall experience for flyers.

Read on for more details on how the data led to this list.

For starters, here's a summary of the scores that led to the above rankings — including where they landed in 2020 along with where the airlines excelled as well as where they faltered in 2021 (see below for our full methodology).

Let's dive into each of these areas to see how the airlines finished where they did.

Whenever you book (and then take) a trip with a given airline, you want to know just how likely it is to go smoothly. This doesn't involve just the flight itself — it also involves the chance of having mishandled luggage or being bumped from your flight against your will.

For the reliability portion of this report (which made up 30% of the overall score), we looked at five factors:

Leading the way in the timeliness category was Hawaiian Airlines, with Southwest and United rounding out the top three. Of Hawaiian's flights that were not canceled, 94.4% of them arrived on time (defined as within 15 minutes of the scheduled arrival time). However, Spirit Airlines took the top spot for having the fewest cancellations — just 1.57% of its more than 116,000 flights did not take off.

Allegiant took the bottom spot in both these categories, with just 84.32% of its uncanceled flights arriving on time — and a whopping 12.63% of overall operations getting canceled.

The category for involuntary bumps ended in a three-way tie at the top, as Allegiant, Delta and Hawaiian had exactly zero involuntary denied boardings during the 12-month period. Frontier was the worst, with 3.6 passengers out of every 100,000 denied boarding.

Allegiant also was the top-performing airline for both checked baggage and mobility devices, as it mishandled only 1.33 bags out of every 1,000 that were checked and just 0.55 wheelchairs or scooters out of every 100. The worst airline for baggage was American, which lost 5.59 bags for every 1,000 checked — and Spirit was the worst at wheelchairs and scooters, mishandling 3.12 for every 100 of those devices that passengers checked.

Read more: What to do when your luggage is delayed or lost by an airline

Getting you (and your belongings) to your final destination is just part of what you buy with an airline ticket. The actual travel experience is another critical element — which made up 25% of the overall scores above. Here are the factors that fell into this part of the analysis:

JetBlue scored the highest for cabin features, as it's the only airline that offers complimentary Wi-Fi and seatback television screens on every single one of its planes (no other carrier provides even one of those amenities fleetwide). Alaska and Delta took top marks for lounge access, while American came out on top in the family category — mainly for including all dependent children in its guest policy for Admirals Club lounges and for extending Main Cabin Extra seating and checked bag fee waivers to AAdvantage elite members' companions.

Three airlines tied for the lowest marks in the cabin features section: Frontier, Allegiant and Spirit. These low-cost carriers offer more of a no-frills experience, not only in the a la carte service model but also in the hard product — think no Wi-Fi, no TVs, no outlets and comparatively cramped quarters.

Finally, the customer satisfaction data took on even greater importance in this year's analysis, especially the complaints in the early days of the pandemic. There was wide variation in how airlines offered refunds for canceled flights — prompting multiple rebukes from the DOT as some carriers did not initially comply with federal requirements.

And the complaint data lays bare which airlines were the best, and which ones left something to be desired.

Read more: Why you should wait to change or cancel your flight if you want your money back

And then there's the bottom three:

It's worth noting that the complaint data by itself was nearly enough to drop Hawaiian into eighth place overall — as it edged out Spirit by just 13 hundredths of a point. Had the carrier experienced a "normal" year for consumer complaints with the DOT, that would've been a much healthier margin.

Best airlines for costs and reach

Another important consideration is just how easy it is to actually fly a given airline to your desired destination — and what it's going to cost to get you there. This made up 20% of the overall score, and was broken into three separate criteria:

Not surprisingly, the three major legacy carriers scored highest in the route network criteria — which many airlines pared down during the worst of the pandemic, temporarily dropping dozens of destinations from their respective spring and summer schedules. United took the top spot, serving an average of 230 different domestic destinations each month over the 12-month period. It was followed closely by American (an average of 227) and then Delta (207). Hawaiian, meanwhile, took the bottom spot, averaging just 15 domestic cities per month.

Affordability is the area for low-cost carriers to shine — and that's exactly what they did. This measures how far you can fly for the money, and Spirit scored the highest here, clocking in at $86.60 per domestic revenue passenger mile. Frontier and Allegiant were close behind, at $105.51 and $110.75 per RPM, respectively. Delta, meanwhile, came in last — at a whopping $305.32 per RPM.

Translation? For every dollar you spend with Spirit, you can go farther — over three and a half times as far, in fact.

The final item in this section involves some of the most common ancillary fees that passengers face — those for checked bags and ticket changes (though the latter have largely been eliminated). There's a common winner here, even with the sudden updates to long-standing change fee policies: Southwest. The Texas-based carrier charged just $0.31 in these fees per passenger — compared to last-place finisher JetBlue, which averaged $12.40 per passenger.

The final part of the score is loyalty — obviously of major importance to us here at The Points Guy. This made up 25% of the analysis and consists of the following criteria:

United took the top spot for frequent flyers, just edging out Delta in second and American in third. While the carrier did make multiple negative changes to its MileagePlus program during the pandemic, it nevertheless offers the largest number of partner airlines for both earning and redeeming miles, and United Premier elite status confers some notable benefits.

For award availability, Southwest rose to the top, as it offered the widest availability at the best value compared to other programs — the routes we analyzed saw an average redemption value of 1.43 cents per Rapid Rewards point.

The airline falling to the bottom of the rankings in both categories was Allegiant. The carrier offers some great value for those located in smaller, underserved markets — unfortunately, to earn miles in any way when flying Allegiant, you must be a holder of its cobranded credit card. This exclusion results in the low-cost carrier scoring near zero in the loyalty category.

As noted above, there were four broad sections in this analysis, each of which consisted of multiple criteria. In order to focus on the airlines' operational performance wholly during the coronavirus pandemic, all data was based on flights operated during a 12-month period that ran from April 1, 2020, through March 31, 2021.

Here's a breakdown of the methodology and the data used for each:

For all criteria, the raw scores from the data were converted into a scaled score from 0 to 10 and then weighted using the above percentages to arrive at the final score. This ensured that relative differences among the airlines were accounted for in the computation.

In most cases, a score of 0 was assigned to the lowest-performing carrier. Where possible, a score of 10 was assigned to a "perfect" airline — for example, Allegiant, Delta and Hawaiian all scored a 10 on involuntary bumps, since they had zero IDBs during the 12-month period. However, when there was no clear way to determine perfection, a 10 was given to the highest-performing airline.

For the third straight year, Delta Air Lines takes the top spot in TPG's special report on the best airlines in the U.S. The carrier wasn't a standout in any single category — it was fifth for mishandled baggage and fourth for customer complaints submitted to the DOT, for example.

However, Delta only hit the bottom spot in a single element (affordability), otherwise maintaining solid scores across the remaining data-backed criteria we analyzed. This consistency helped push it to the top spot.

Only time will tell if Delta can make it four times in a row next year (some early headaches don't bode well), but — for now — Delta is holding on to its title.

Featured image by (Graphic by Wyatt Smith/The Points Guy)
Editorial disclaimer: Opinions expressed here are the author’s alone, not those of any bank, credit card issuer, airline or hotel chain, and have not been reviewed, approved or otherwise endorsed by any of these entities.