Articles
Zach Honig is Editor-at-Large at TPG, with contributions ranging from articles digging deep on loyalty programs and credit cards to delivery flight coverage to drone photography and much more.
Follow
May 25, 2018
•
7 min read 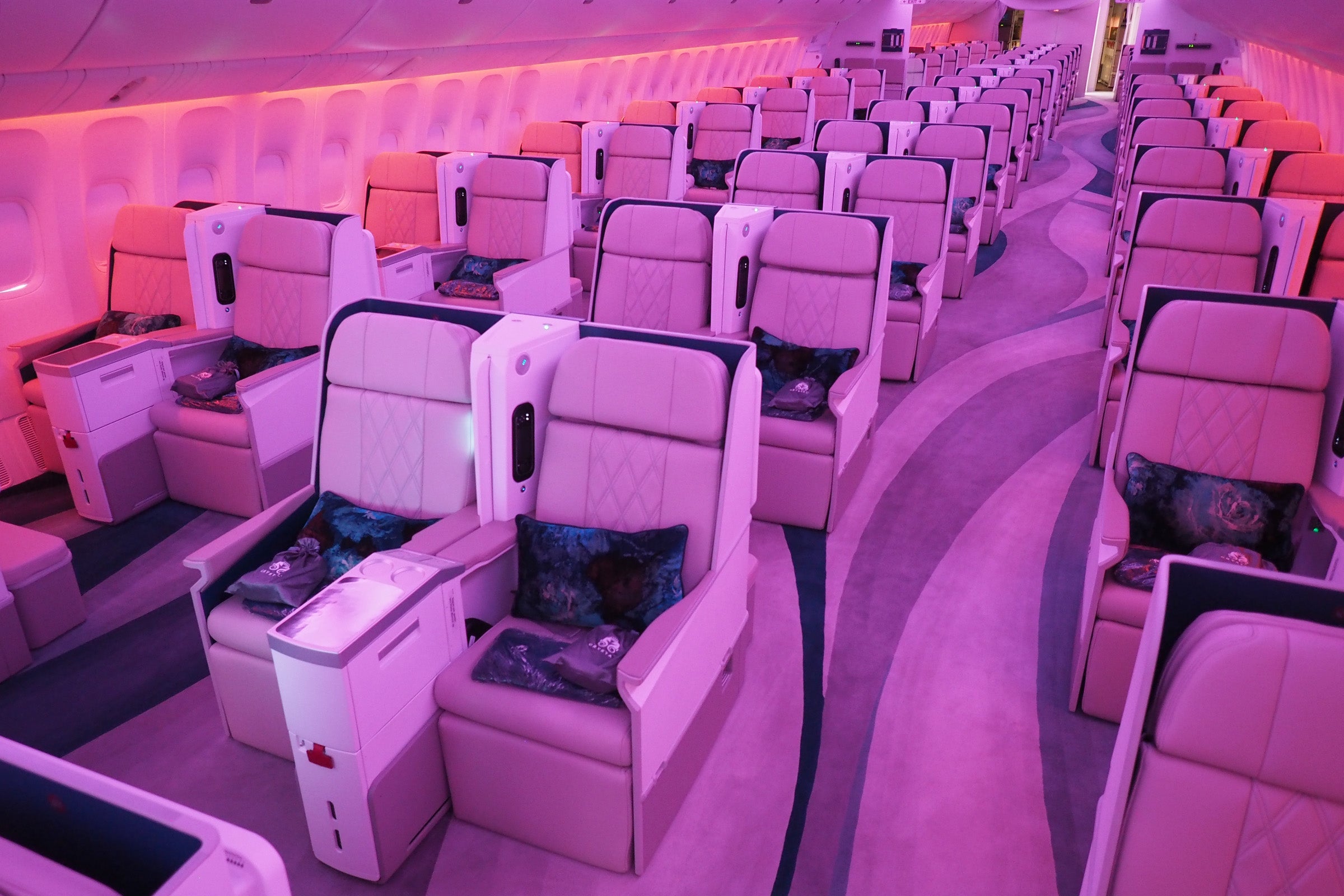 There are some products that, while otherwise prohibitively expensive — like Emirates' first class and Singapore's new suite — are possible to book with points. And then there are some that aren't.

Unfortunately most of us will never get to travel on Crystal Skye, the Boeing 777-200LR owned by Crystal Cruises (and operated by a company called Comlux Aruba NV). Unlike many private wide-body planes, it is possible for anyone to book a trip on this decked-out Boeing jet, however — you'll just need to shell out a considerable amount of money, or have some very deep-pocketed friends.

A flight on Crystal Skye will run you up to $50,000 per hour. Considering the plane can fly nonstop for some 19 hours — covering routes like Miami to Sydney — that hourly rate can bring your total up to a cool million dollars. For a single flight.

If you can afford that kind of luxury, there's no doubt you're in for a treat. Here's what you can expect onboard.

I've been on flights with a dedicated chef — Etihad offers this in first class and Turkish even has a chef working biz class — but a full-time in-flight mixologist is a luxury I hadn't come across before.

And Eimear isn't any ordinary crew member — she was recruited after a Crystal executive spotted her at a top bar in Vegas, and she's since become a favorite among Skye's guests.

She's also in charge of the aircraft's beverage program, which includes selecting all of the liquor and a very extensive collection of wine — there's storage for more than 200 bottles on board.

That bar is just one component of the plane's main living space.

The dining room offers four tables, each with six seats (and seat belts for each, so you don't have to leave when things get bumpy).

The onboard chef and other crew members can prepare a full multi-course service, with table cloths, fancy cutlery... the works. With no TSA to regulate items brought on board, you can even stock the plane with proper steak knives.

There are two plush sofas to hang out on, too. Doesn't sound like a bad idea after a heavy in-flight meal!

Of course you're welcome to just hang at your lie-flat seat, if you prefer...

These seats are actually fairly ordinary, and a common pick by international carriers — I flew a very similar version on Air India's 787, for example.

They're still quite comfortable, though, and recline to the full-flat position.

There isn't much privacy, but considering the entire plane is private, there's a good chance you'll already be acquainted with your seat mate.

Of course there's a decent chance you won't have anyone next to you at all — while some do manage to fill all 88 seats, many do not.

Each seat has a 24-inch touchscreen display with a separate touchscreen controller. The IFE can be loaded up with 100 movies, and offers live TV as well, including BBC, CNBC, CNN and a global sports network, in addition to a forward and downward exterior camera view.

Crystal opted to install overhead bins only over the window seats, leaving the center ceiling bare — that gives the cabin a spacious feel, similar to Qatar's A350-1000.

There are six lavatories to choose from — my favorite was just forward of the rear galley.

Several of the lavs are on the smaller side, but they're better equipped than what you'd find on most airliners.

One even has two windows!

Each flight has at least two pilots, plus up to eight flight attendants, five more to prepare and deliver meals, the aforementioned chef and mixologist, two engineers, up to two ground staff and a manager from Crystal Cruises. So at a minimum you're looking at a staff of 22 or so, who work in shifts (and need a place to rest) on longer trips.

For most of the team, that place is the large rear crew rest, located above the last few rows of passenger seats. It's the largest crew rest I've seen on a plane, with a handful of full-size bunks.

There's seating for four above the forward cabin as well — this is where the pilots and engineers hang out during their rest periods.

The pilot bunks are similar to those in the rear — they're comfortable, but not especially spacious.

Well, I'm sold on Crystal Skye. Just need to dig out that $1,000,000 I have stuffed away in the mattress and pack my bags for a 20-hour party to the other end of the world. In all seriousness, this is an absolutely beautiful plane — while even the low end of $38,000 per hour is cost-prohibitive for most, there's clearly a market for this type of aircraft. I'm going to have to stick with fancy-pants award flights for now, though.