Articles
Caroline Blair is a reader advocate intern for TPG. She is a senior at Syracuse University studying journalism and marketing. She studied and lived in London, her favorite city, for 5 months.
Follow
July 10, 2019
•
9 min read 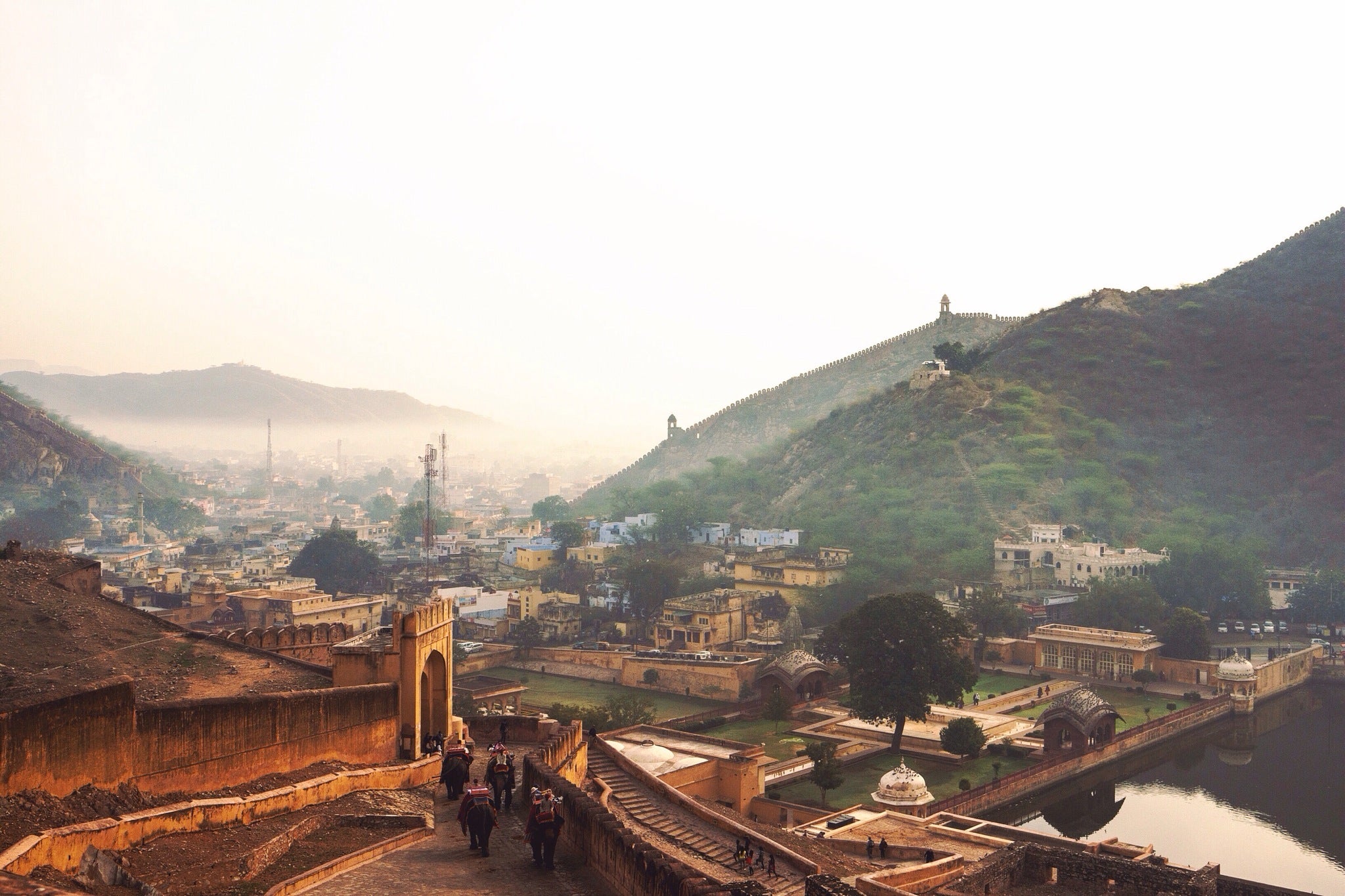 Just when you thought the list of places you absolutely must go was complete, it's grown.

There are now 1,121 World Heritage Sites around the world. Among the most well-known cultural and natural sites already on the roster are Machu Picchu, Yellowstone National Park and the Great Barrier Reef.

World Heritage Sites are internationally recognized and can help bring more attention (and tourism) to a destination. If a site is threatened and in need of protection, it can qualify as a World Heritage Site in Danger — a designation that can drive conservation efforts. The Islands and Protected Areas of the Gulf of California in Mexico was the only site to join the endangered list in 2019 because of the "imminent extinction" of wildlife -- a species of porpoises that helped make the area a World Heritage Site in the first place.

This year, the list of additions includes 24 cultural sites, four natural sites and one mixed site in 27 countries on six continents. Sites like Babylon in Iraq and Liangzhu City in China were added because of their historical and archeological ruins and remains. Destinations like the Budi Big Cultural Landscape in Australia; the French Austral Lands and Seas and the Hyrcanian Forests in Iran were selected for their biodiversity and natural elements. There were also unusual additions to the roster, such as the Jodrell Bank Observatory in the United Kingdom, the Krzemionki Prehistoric Striped Flint Mining Region in Poland and the Water Management System of Augsburg, in Germany, that probably aren't on anyone's hit list.

For a place to be considered a UNESCO World Heritage site, it must meet at least one of 10 criteria. For example, it can represent a "master of human creative genius," have "exceptional natural beauty and aesthetic importance" or bear a "unique or at least exceptional testimony to a cultural tradition or to a civilization which is living or which has disappeared."

We looked at all 29 of the new UNESCO World Heritage Sites and narrowed our favorites down to five. These new sites are all pretty convenient, safe and can fill more than a day or two of your time.

This park covers 14% of Iceland and includes 10 central volcanoes, two of them the most active in Iceland. The national park is 180 miles northeast of Keflavík International Airport (KEF). Though there are buses, it's best to rent a car at the airport and drive along the Ring Road to leisurely enjoy the dramatic scenery on your way to Vatnajökull.

There are no major hotel chains near the Hornafjördor region, but there are Airbnbs, smaller hotels and guesthouses. If you are staying in Reykjavík, there are more options to redeem your points including Hilton, Marriott International and Radisson Hotel Group properties. Some of our favorites include the Canopy by Hilton Reykjavík City Centre, the Radisson Blu Saga Hotel and the Radisson Blu 1919, among other points hotels.

Once you're there, you can visit Skaftafell, which offers hiking trails for all athletic abilities. You can also sail along the Jökulsárlón Glacier Lagoon, visit the glittering black sand Diamond Beach, take a guided glacier hike or go snowmobiling.

Paraty and Ilha Grande in Brazil

The historic center of Paraty is a well-preserved coastal town and central to four protected natural areas of the Brazilian Atlantic Forest. The city lies between São Paulo and Rio de Janeiro, not too far from either. Animals like the jaguar and the folly spider monkey call the region home.

There are a surprising number of places to stay in Paraty, but there aren't any major hotel brand properties where you can cash in those points. You won't find major hotels in Ilha Grande either.

You can make Paraty a quick one-day trip or expand it over a few days with outdoor activities -- walking in the historic city center, kayaking through the Jabaquara Mangroves, boating in the Praia Grande and swimming in the Tarzan, Tobogã, Poços do Penha and Poço das Andorinhas Waterfalls. As for Ilha Grande, there is just as much to do including touring the abandoned Candido Mendes prison, hiking the Vila de Dois Rios or even snorkeling in the Lagoa Azul.

Royal Building of Mafra in Portugal

This new cultural site is just 19 miles northwest of Lisbon. The royal complex was first conceived by King João V in 1711 and includes the king's and queen's palaces, the royal chapel, a Franciscan monastery and the Cerco Garden. You can purchase tickets for the properties at the site; an adult ticket to the National Palace costs 6 euros.

From Lisbon International Airport (LIS) you can take the Mafrense Bus system which drops you off in front of the Mafra Palace. The beach town of Ericeira, with a relaxing view of the Atlantic Ocean, is just 11 miles northeast and known for its surfing.

There are slightly fewer than 200 places to stay in Mafra or Ericeira, but you can easily bus back to Lisbon, which has a variety of reward-points hotels including Hilton Worldwide, InterContinental Hotels Group and Marriott International.

The bubbly capital of Italy is now a UNESCO World Heritage Site. The cities of Conegliano and Valdobbiadene are the hubs for the growth and production of Prosecco wine. Small plots of vines on narrow terraces and in forests and villages reflect the significance of wine for northern Italy.

The region is just an hour northwest of Venice, so if you're already touring that beautiful city, this could be a quick detour. If not, you can fly into the Treviso Airport on domestic and European flights or the larger Venice Marco Polo Airport (VCE) on international flights.

From there, how you sample Prosecco in Prosecco is up to you. There are tours that will pick you up from Venice, drive you to the region and take you to a few wineries. For a more DIY tour, make sure you know which wineries you'd like to sample. Once you've got all the details mapped out, there are trains from Venezia Santa Lucia train station in Venice to Conegliano for $7. If you would like to visit Valdobbiadene, you can take Prosecco Road (as if this place couldn't get any cuter).

There are plenty of places for overnight stays in Conegliano, including a Best Western International property, Hotel Canon d'Oro. Travelers won't find many major hotel brands in Valdobbiadene, but Venice is filled with accommodations from Choice Hotels, Hilton Worldwide, InterContinental Hotels Group and Marriott International. Hotel Indigo, an IHG Property, just opened in June and is a short walk from the Biennale Gardens. We've also enjoyed our time at Boscolo Venezia, a Marriott Autograph Collection hotel, and the JW Marriott Venice Resort and Spa.

Jaipur City, also known as the Pink City, was founded in 1727 and was built on a grid plan unlike other cities in the region. The city continues to be a commercial capital, with markets, residences and temples.

One-stop flights from various cities in the US (including New York City, Chicago and Washington, DC) will get you to Jaipur, the capital of India’s Rajasthan state. Once you arrive, there are a myriad of hotels to choose from, including AccorHotels, Choice Hotels and Wyndham Hotels and Resorts.

The city is historic and beautiful with carefully designed buildings and palaces. Visitors can tour the Amer Fort, The Jal Mahal, (Water Palace), the City Palace, the Jantar Mantar (which features the world's largest sundial) and the Birla Mandir Temple. Adventurers can bike along the Nahargarh Fort, explore local nature and species at Ranthambore National Park or even ride around the Nahargarh Wildlife Sanctuary.