These Are the Best Times to Visit Brazil 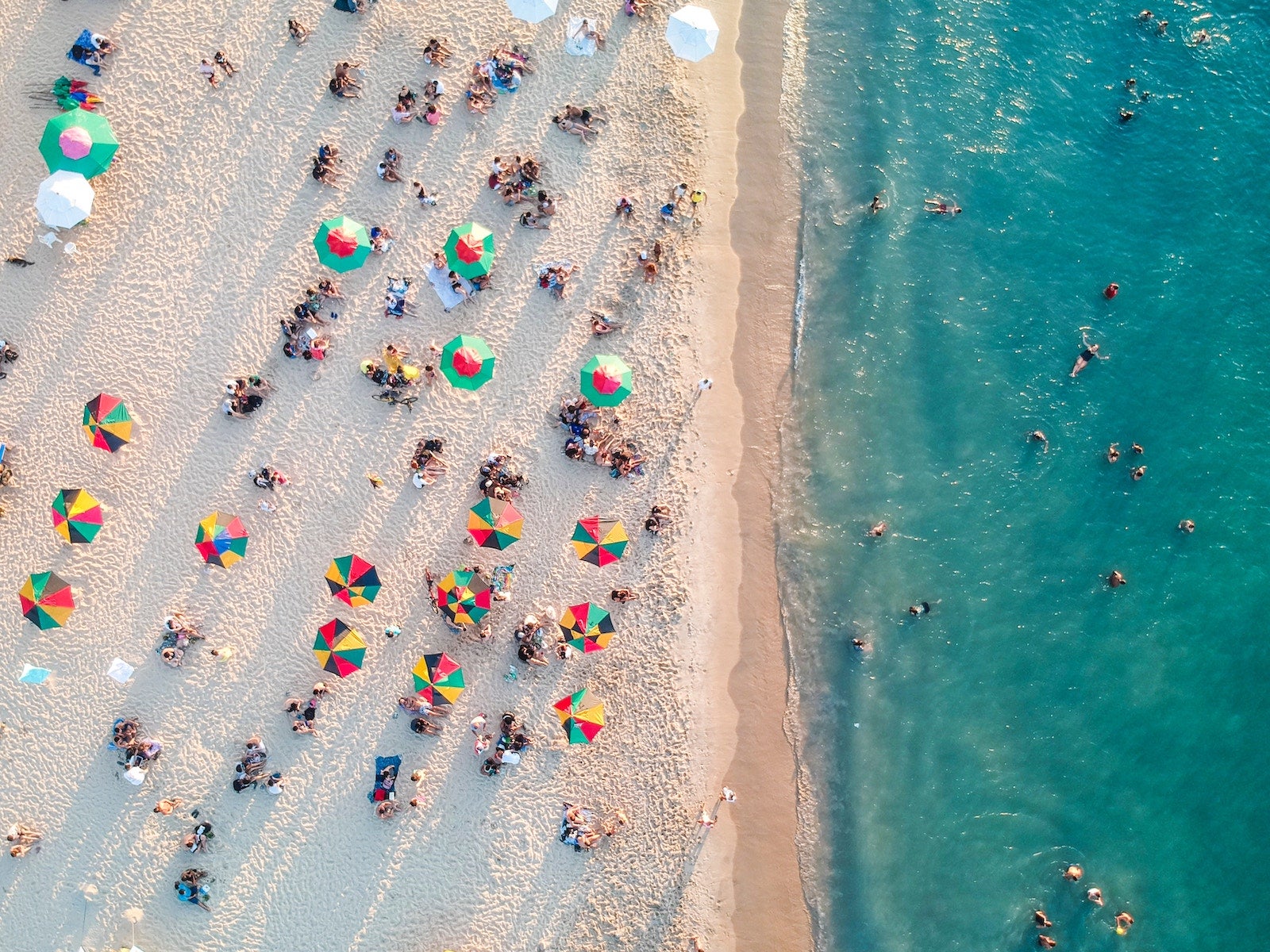 Sun, sand and caipirinhas to a samba soundtrack: Fun seekers can enjoy sultry weather and tropical beaches year-round in Brazil, South America’s biggest country (and the fifth-largest on Earth), depending on which area you visit. Rio de Janeiro should be on every traveler’s bucket list for its distinct tropical landscape, Christ the Redeemer statue (one of the New Seven Wonders of the Modern World, no less) and its legendary Carnival, but Brazil doesn’t start and end in the Cidade Maravilhosa, or Marvelous City.

Sophisticated São Paulo, for example, is a hub for culture vultures, modern architecture fans and foodies, while Foz do Iguaçu is home to the breathtaking waterfalls shared with neighboring Argentina.

Best of all, starting June 17, Brazil is officially waiving visa requirements for citizens of the US, Canada, Australia and Japan. So if Brazil is at the top of your travel to-do list, it's time to start planning a trip.

It’s basically summer all year long in tropical Rio, given that the average winter daytime temperature is 82 degrees Fahrenheit; visit any time to soak up Brazilian beach action (though Rio’s carioca residents might find that chilly and will be wearing woolen sweaters). Party lovers should live the Carnival experience in February at least once, though New Year’s Eve is equally fun-packed. For a lighter dose of blocos (street parties) and parades, soak up some pre-Carnival ambience, when the city starts cranking up the good times, but with smaller crowds.

Brazil’s largest urban jungle, São Paulo is more seasonal, at least in contrast with Rio de Janeiro. Known as Sampa (and also unfortunately as the Land of Drizzle), this southern hemisphere city tucked slightly inland is best enjoyed in spring and autumn, though it rains less between April and August. There’s plenty to keep residents and visitors entertained year round, from 100 museums such as the Museum of Art of São Paulo (MASP) to the International Art Festival of São Paulo, São Paulo Fashion Week and a diverse food scene.

The Best Times to Visit Foz do Iguaçu

Tropical Iguaçu National Park — a UNESCO World Heritage Site — delivers varying degrees of humidity year round, with summer (December to March) packing the most intense mugginess. Summer is also rainy season, which actually has a positive spin: Water levels are higher in the park, meaning more H20 across the 275 falls, though trails will be muddier. Late March and April are a good time to visit, with fewer downpours, as are August and September.

When to Visit Brazil for Events

Undisputedly the world’s biggest party, Carnival takes place ahead of Lent, 40 days before Easter. This is when the black, white and red sidewalks of Copacabana and other neighborhoods are packed with blocos, and revelers sporting tutus, wigs and glitter dance next to the ocean. In Rio for the New Year? Head to the beaches of Leblon, Ipanema and Copacabana with white roses as an offering to Iemenjá, a sea goddess from the Umbanda faith, on Dec. 31. The tropical city also hosts the biannual Rock in Rio concert; the Red Hot Chili Peppers, Pink, Iron Maiden and Foo Fighters will headline the 2019 edition which runs from Sept. 27 through Oct. 10.

And, while architecture might not be the first word you associate with Rio, the Marvelous City has been selected as UNESCO’s first World Capital of Architecture for 2020.

This mega metropolis has 12 million Paulistas to keep entertained, so it's alive and kicking year round. Like any good Brazilian city, São Paulo hosts its own Carnival, while Pride is one of the biggest LGBT parades in the world and takes place in either May or June. (In 2019, the Pride Parade will take place on June 23.) The Museu de Arte Moderna (Modern Art Museum) hosts the world-class Art Biennial, the second-oldest after Venice; the 34th edition takes place in March 2020. The city also hosts Brazil’s F1 Grand Prix, this year between Nov. 15 and 17.

Given that the falls are the greatest attraction in Iguaçu, the city isn’t exactly swarming with events. Do, however, visit the Argentine side of the falls for a different panorama (while racking up another visa stamp). Puerto Iguazú over in Argentina notches up the 10th edition of Iguazú en Concierto, a series of live music concerts, this June.

Other Events in Brazil

Brazil has particularly strong German roots, especially in the south of the country. Oktoberfest is the perfect fit for fun-loving Brazilians keen to dress up in lederhosen and knock back cerveja (beers); the city of Blumenau hosts the biggest such gathering.

The Best Times to See Wildlife in Brazil

Brazil is one of the world’s most biodiverse countries, and Iguaçu National Park holds up its end of the deal: It’s home to 2,000 avian, fauna and flora species. Look out year-round for capybara, the world’s largest (and sweetest-looking) rodent; toucans; spectacled caiman; vibrant butterflies; and coati. The latter are friendliest with humans, as they're always keen for a snack.

While a pandemonium of scarlet macaws taking to Rio’s skyline is the norm, reforested rainforest Tijuca National Park, just south of the city, is home to 62 mammal species including squirrel monkeys, crab-eating fox and coati that can be spotted year-round. Also check out avian wildlife in the Jardim Botânico (botanical garden).

Travelers can also see jaguars in the Pantanal tropical wetlands in September and October; humpback whales in Abrolhos Marine National Park July through December; while in the Amazon rainforest you can spot sloth and giant river otters for most of the year.

The Cheapest Times to Visit Brazil

High season in Brazil is considered June through August, when North Americans and Europeans take summer vacation; March is the cheapest month to fly, according to Kayak. LATAM, American and Azul have the most flights from the US to Brazil, and though Kayak considers São Paulo its most popular destination, Rio has its own high season thanks to Carnival (which depends on Easter’s date) so book rooms and flights well ahead for the best prices.

In Foz do Iguaçu, avoid January and February, when Brazilians and Argentinians take summer vacations, packing out hotels and restaurants; also avoid national holidays such as Easter and the second fortnight in July (school winter vacation) for the same reason.

As for São Paulo, check out the Vila Madalena neighborhood, home to street-art filled Beco do Batman alley and the Japanese neighborhood of Liberdade for affordable accommodation.

Related stories
Chasing elite status on Alaska Airlines? A flight to California this fall could help
Flights to Auckland starting under $700 round-trip
The ultimate guide to earning elite status with United cards
American Airlines forgot it had landing slots at JFK. Then it lost some of them
Featured image by (Photo by raphael nogueira / Unsplash)