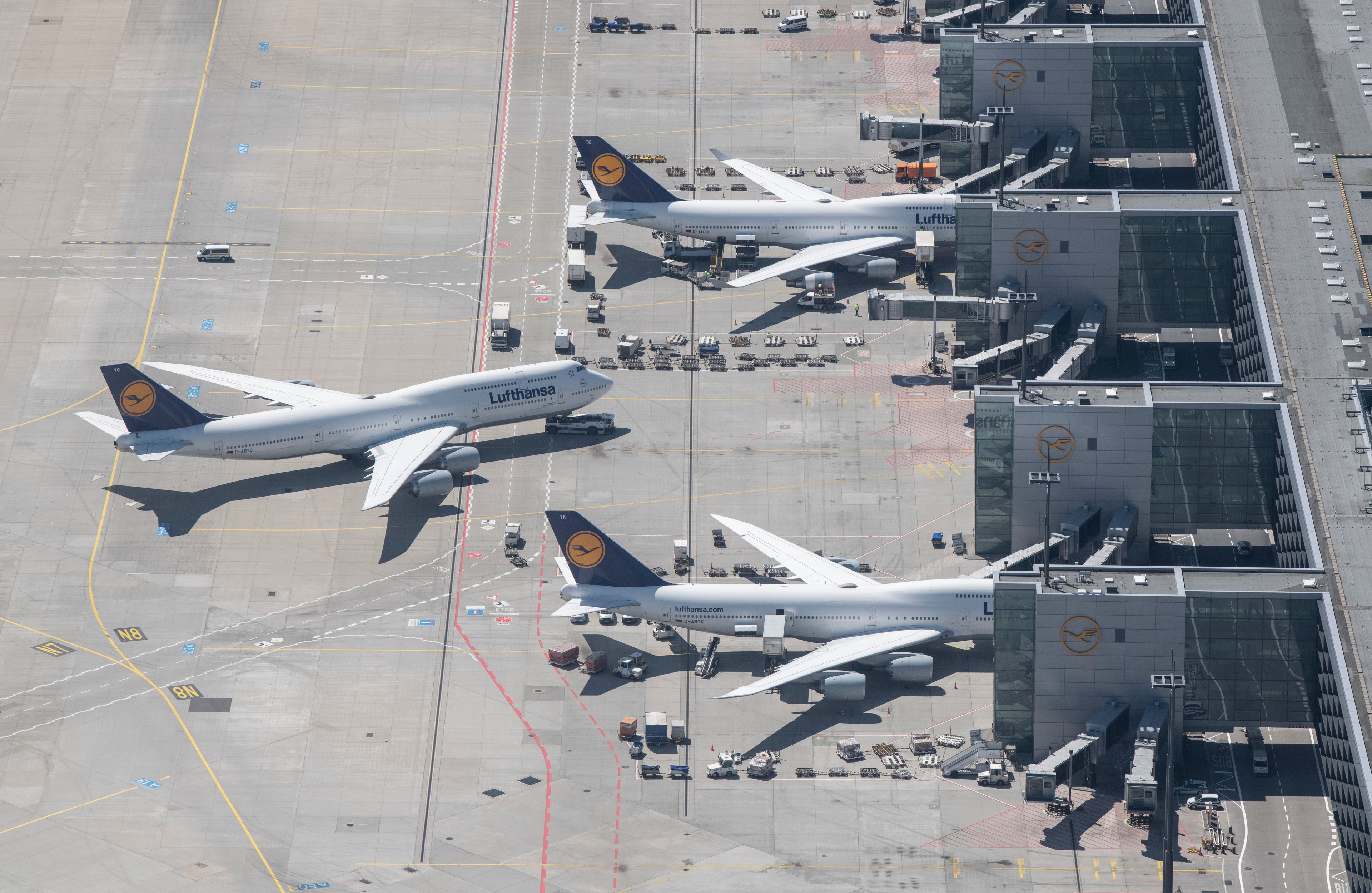 The new European travel restrictions will hit airlines hard
This post contains references to products from one or more of our advertisers. We may receive compensation when you click on links to those products. Terms apply to the offers listed on this page. For an explanation of our Advertising Policy, visit this page.

The new restrictions on travel between Europe and the U.S. will take a steep toll on airlines already hard hit by the drop in travel demand amid the novel coronavirus pandemic.

Unveiled by the Trump administration on Wednesday night, the restrictions limit travel by non-Americans to the U.S. from Europe's Schengen Area. President Trump said the restrictions will be in place for 30 days from Friday.

American Airlines, Delta Air Lines and United Airlines will take the brunt of the hit in the U.S., while Air France-KLM, the Lufthansa Group of carriers, and Norwegian are likely to be hit hardest in Europe. The impact on British Airways and its parent the International Airlines Group (IAG) will likely be less as the restrictions do not include travel from Ireland and the UK.

“This will create enormous cash-flow pressures for airlines," said Alexandre de Juniac, director general of the industry organization the International Air Transport Association (IATA), on Thursday. The organization estimates the value of air connections between the U.S. and countries in the Europe's Schengen area at $20.6 billion in 2019, with the largest being the U.S.-Germany market.

The European travel restrictions also reinforce comparisons between the current crisis and 9/11, after which the U.S. grounded all flights for four days after the 2001 attacks. JetBlue CEO Robin Hayes has repeatedly warned that the impact of coronavirus fears on travel demand "could be worse than 9/11."

After 9/11, it took 15 months — or until December 2002 — before monthly passenger numbers in the U.S. exceeded their pre-attack levels, according to U.S. Bureau of Transportation Statistics data. However, it took until 2004 for year-over-year growth rates to exceed their pre-9/11 levels.

Related: US airline execs warn coronavirus impact ‘could be worse than 9/11’ downturn

The European travel restrictions are likely to impact some airlines more than others. Just eight airlines accounted for more than 70% of capacity between Continental Europe and the U.S. in 2019, according to Cirium schedules. High on that list are Lufthansa and its partner United, and Delta and its partners Air France and KLM.

Below is the percentage of total Continental Europe-U.S. capacity each of the aforementioned eight carriers flew last year:

What flights these airlines cancel is still to be determined. As of noon on Thursday, only Finnair had cancelled all of its flights to the U.S. More changes in the market are likely to come.

The financial impact of the European travel restrictions will play a big role in what airlines look like when they emerge from the crisis. The list below shows roughly how much revenue the above carriers, or their corporate owners, generate on transatlantic routes:

Each airline breaks out geography-specific revenues differently. In addition for the U.S. carriers, these numbers include revenue on flights to Ireland and the UK that are not impacted by the travel restrictions.

The U.S. carriers are generally well capitalized an, barring an extended COVID-19 related downturn, are expected to be able to weather the crisis. However, European carriers are not as strong financially and are likely to face heightened pressures from the new travel restrictions.

Norwegian, whose finances have long been in question, restructured its transatlantic flying last year. The airline planned to end underperforming routes, for example those between the U.S. and Copenhagen (CPH) and Stockholm (ARN), by March with a renewed focus on its strongest routes in the region.

UK regional carrier Flybe has already shutdown due to the drop in demand amid COVID-19 fears. And, if 9/11 is any guide, more airline names could disappear in the months to come.

"This will wreak havoc on the airline industry," wrote Cowen analyst Helane Becker in a research note Thursday morning.