The ground vehicles you see at airports, explained 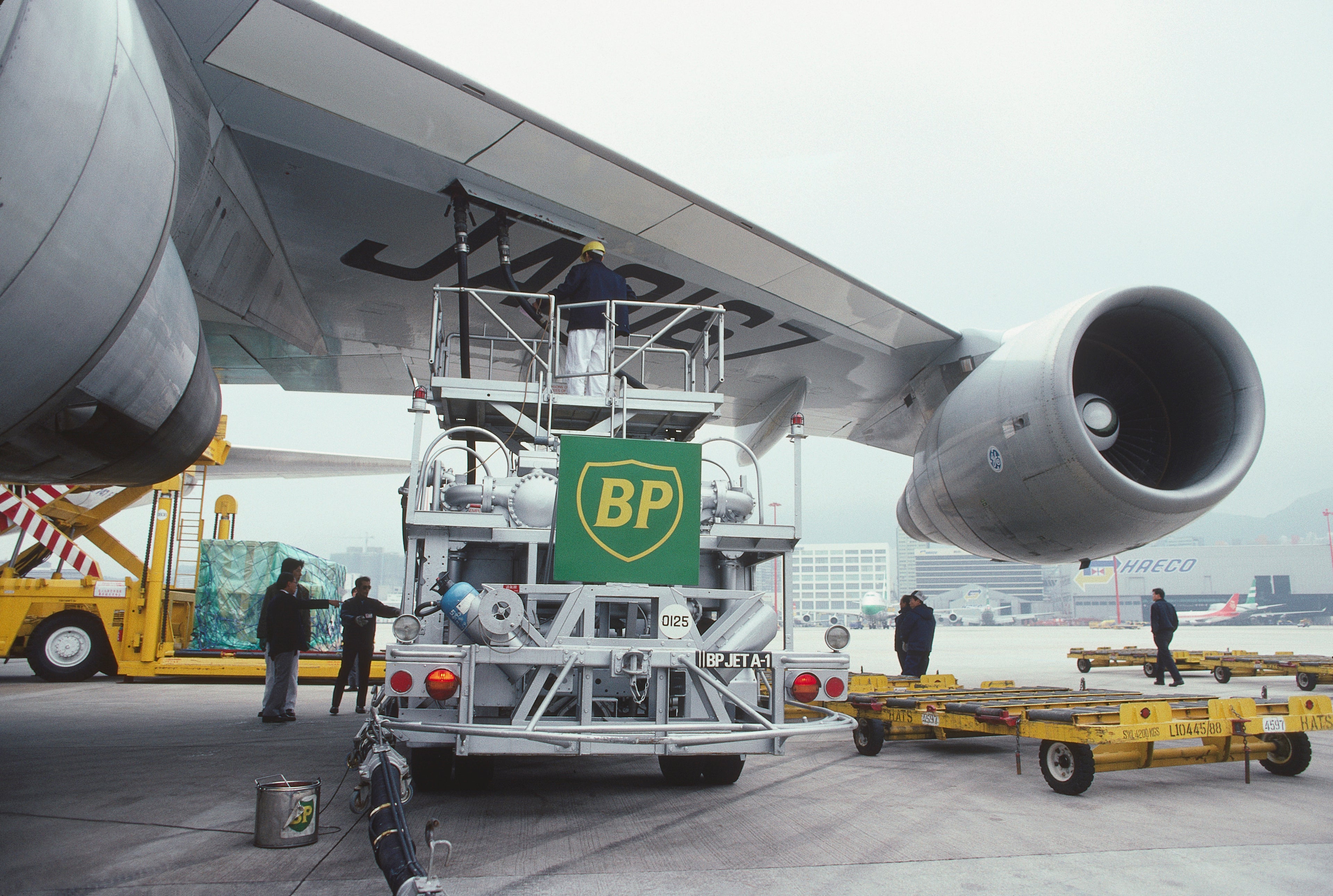 The ground vehicles you see at airports, explained
This post contains references to products from one or more of our advertisers. We may receive compensation when you click on links to those products. Terms apply to the offers listed on this page. For an explanation of our Advertising Policy, visit this page.

Footage of a catering cart spinning out of control at Chicago O’Hare airport made the rounds on social media earlier this month.

While ground crew looked on, powerless to intervene, the cart, which had its accelerator stuck, was getting dangerously close to a parked airplane. It took a quick-thinking ramp worker, who jumped in another ground vehicle and rammed the runaway cart, to save the day, and probably an airplane.

That got people to notice ground vehicles, the unsung heroes of airport operations. They may lack the glamour of the airliners they service, but without them, it would be impossible to conceive modern aviation.

So, to help you recognize them, we have compiled a (non-exhaustive) list of ground support vehicles that pretty much all airports use. We have focused on self-propelled vehicles, leaving out a number of other wheeled vehicles that are usually towed by general-purpose tugs and tractors.

Let’s have a look at some of the most important ones and their roles:

A journey of thousands of miles often starts or ends with the assistance of these sturdy machines.

Their low-slung design allows them to get underneath the nose of an airplane, attach a tow bar to its landing gear, and push it back — hence the name — from the gate. They can also pull airplanes, including giant Airbus A380s and Boeing 747s. This allows aircraft to keep engines off while being moved.

A variant of this is the tow-bar-less tug, which instead of using a tow bar lifts the nose landing gear of the aircraft, with the same effect.

The TV show Fifth Gear once featured a (slightly modified) Volkswagen Touareg SUV pushing a Boeing 747, but road vehicles are less than ideal for the job. Pushback tugs don’t necessarily have to be more powerful than normal trucks in terms of horsepower, but they do need a very high torque to move fully loaded aircraft weighing hundreds of tons.

If you look through the windows of an airport terminal, you will often see these high-lift trucks resupplying aircraft through a door.

Catering trucks are fitted with a temperature-controlled platform that can be lifted up to 20 ft with electro-hydraulic jacks. Once the platform is level with the cabin, trolleys full of food and beverages can be rolled into the aircraft galley, while food waste from the previous flight is unloaded.

An absolute must-have for any airport at cold latitudes (and occasionally in some warmer spots too, as recently experienced by passengers on this flight at Orlando International Airport.)

In cold weather, ice might form at critical spots on the aircraft. To prevent this, before takeoff a vehicle fitted with a long articulated nozzle sprays the aircraft thoroughly with a mix of hot water and propylene glycol.

Snow can be a very disruptive phenomenon for airports. Even a few inches can bring a major hub to a standstill.

This is why airports in cold regions may use a rather impressive array of snow-clearing equipment. Helsinki airport (HEL), for example, uses three giant snow-sweeping and plowing machines that are 80 ft long and able to clear the runway of snow completely in only 11 minutes. As if this was not enough, a heavy 1,000hp snowblower, nicknamed ”Mörkö-Matti”, removes snow pushed aside by the plows and throws it as far as 80 ft away.

The result of all this machinery is that Helsinki airport takes pride in having had to close its runway for only minutes in the last decade. “Snow-how”, they call it.

Although some airliners do not really require them since they have their own foldable airstairs and jetways are often used these days, mobile stairs remain a classic of air travel. Whether self-propelled or towed, the stairs are often the first point of contact travelers have with their destination.

The “follow me” car’s role could be compared to that of maritime pilot at ports: showing the way around the airport to newly-arrived aircraft. Most are painted in bright, colourful designs to make it easier for pilots to see them, yet, none is as eye-catching as the Lamborghini Huracan on duty at Bologna airport, Italy (BLQ), courtesy of the car manufacturer, based nearby.

Although less flashy than those on “follow me” duty, there is a sizable fleet of conventional cars that are used for a myriad of roles at major airports. They move ground staff around, perform security duties, or transport some passengers — typically those with top airline-elite status — directly to their waiting aircraft. That’s what Delta’s Porsches and Lufthansa’s Mercedes-Benzes do, for example. Just don’t ask your driver to “floor it and see how fast this thing goes” if you find yourself aboard one. There may be a lot of space “airside,” as airports call the ramp, taxiways and runways, but traffic there is tightly regulated, and that includes top speed.

When an air bridge is not available, apron buses are often used to shuttle passengers to and from the terminals.

Some may look like typical city buses, but low-floor, high-capacity buses with few seats inside are the norm at many airports. Other, less conventional vehicles to move passengers to and from the aircraft, such as the “mobile lounge” vehicles still in use at Washington-Dulles (IAD), have progressively fallen out of favor.

A belt loader is essentially a mobile conveyor belt designed to load baggage and other loose items of cargo up the belly of the aircraft. The ramp, which is usually fitted on top of a low-lying self-propelled vehicle, is positioned underneath the aircraft and then raised to provide access to the aircraft cargo hold.

If belt loaders take care of baggage, palletized cargo are the responsibility of container loaders. These vehicles typically have two independently moving platforms that can raise standard-sized pallets so that they are level with the cabin. The cargo can then be rolled into the aircraft with the help of built-in sets of wheels.

The role of this one is pretty self-explanatory. Prior to a flight, this vehicle refills the aircraft water tanks with potable water. Lavatory tanks, though, follow a separate process...

Aircraft are fitted with waste tanks that, during the flight, store wastewater from the lavatories. Upon landing, specialized vehicles empty them and refill the lavatory tanks with a blue liquid that is, in fact, a mix of water and disinfecting chemicals.

Perhaps the most important of ground support activities. No fuel, no flight — as simple as that.

Broadly speaking there are two types of vehicles used in the critical refuelling function: self-propelled fuel trucks, similar to the ones that supply gas stations, and hydrant dispensers, that do not have tanks of their own and, instead, pump fuel from ground pipelines and into the aircraft through a system of hoses and hydrants.

These can be self-propelled or towed. They are small electrical generators whose role is to supply electrical power to the aircraft while it is sitting idle on the ground with the engines switched off.

Sometimes an external power source is needed to get the aircraft engines started. This is when this type of equipment springs into action, it is equipped with a pneumatic starter that, through hoses connected to the aircraft, supplies the required quantity of air at the exact pressure.

Rapid response in the event of emergencies is a requirement at any airport. While emergency services use different types of vehicles, the most ubiquitous at airports is perhaps the fire truck equipped with a water cannon on top. These trucks are fast and very robust machines that can move with ease over different types of surfaces, including rough terrain between the runways and around the tarmac. They are also specifically designed to fight fires that involve large amounts of kerosene, their noozles can typically shoot some 5,000 liters of water and foam per minute to targets up to 70 meters away.

But perhaps an even more interesting aspect of ground support vehicles is how they have become a fertile ground for technological change and some interesting initiatives to boost efficiency and sustainability. They provide an excellent test for the application to aviation of some of the technologies that may disrupt transport, from electrification and biofuels to driverless vehicles.

Japan Airlines, for example, is starting to test automated push-back tractors at Tokyo Narita airport. Helsinki airport, in an effort to become carbon neutral, has switched its buses to biofuel while introducing electrically-powered pushback tugs that produce only a tenth of the emissions of their diesel equivalents.

London Luton airport (LTN), in the UK, has conducted an experiment that, although unnoticed by most, has delivered rather impressive results.

While, traditionally, several ground handling firms may would get involved in servicing one aircraft, each with its own equipment and often getting in the way of each other’s work, Luton airport chose to create a pool of equipment and machinery.

This functional reorganization has also delivered some environmental benefits in the form of lower fuel consumption "On Ground Power Units alone we have realized a 42% fuel savings through monitoring and switching off those running unnecessarily, and believe we can make a further saving of between 10 and 20% through telematics that would help ground handlers make a more efficient use of the equipment," said Liam Bolger, Head of Airside at London Luton airport.

But that is not all.

This apparently simple measure has also made possible to reduce the amount of equipment by 40% and cut delays caused by issues with ground equipment by as much as 76%. With many airlines, particularly low-cost carriers, aiming for short turn-around times of 30 minutes, this is not a minor achievement.