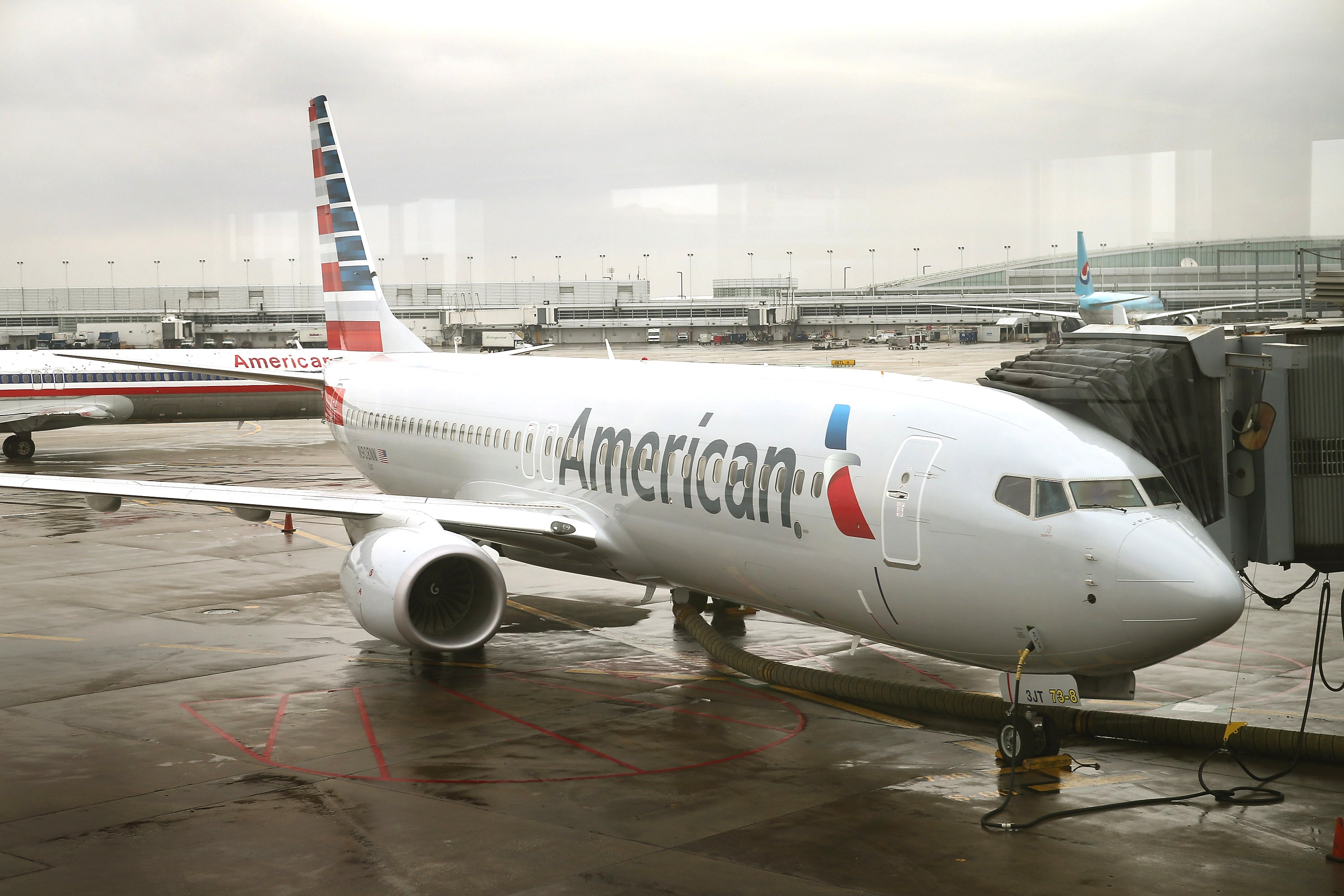 Runaway catering truck nearly smashes into American jet before ground worker saves the day
This post contains references to products from one or more of our advertisers. We may receive compensation when you click on links to those products. Terms apply to the offers listed on this page. For an explanation of our Advertising Policy, visit this page.

A ground worker is nearly struck before being pulled away. Another darts away from the truck's path before becoming a victim. Toward the end of the video, the cart gets dangerously close to a nearby American jet just before a quick-thinking employee rams his cart into the truck. Inside the airport, passengers seemed baffled at what was taking place outside.

"Oh my God ... what is going on?" said a woman watching the scene unfold.

But when the worker stops the cart, clapping can be heard along with a "that's how you do it!" from inside the terminal.

The video appeared to be taken from the gate area and went viral with over seven million views, 31,000 retweets and countless jokes.

American said in a statement that the "accelerator became stuck and caused the catering truck to lose control." The airline said that no American employees were injured, but the incident resulted in one minor flight delay.

Related: Trip delay reimbursement and the credit cards that offer it

A later statement from Envoy, an American Airlines regional carrier, provides more context into what happened. According to the company, a case of water slipped onto the gas pedal, which sent the cart spinning toward the Embraer 140.

But who is the mystery hero on the red cart?

His name is Jorge Manalang, an Envoy Ramp Instructor who has been on the job for six years. According to the statement, Manalang said he was simply "doing my job."

“Safety is our number one priority and I did not want anyone to get hurt, so I used the pushback to stop the cart,” Manalang said.

“I’m incredibly proud of Jorge’s actions – he not only prevented severe damage to the aircraft, but more importantly, he prevented what could have been serious injury to his fellow ramp employees or our customers onboard,” said Ricky Deane, Envoy Vice President in Chicago. “He demonstrated the ‘safety first’ focus that we have here at the hub – it’s the foundation of everything we do.”

In true social media fashion, the jokes flew with one Twitter user calling it, "just another Monday at O'Hare." Several praised the quick-thinking Manalang, calling him a hero.

One Twitter user compared the real-life scene to a Hollywood movie.

Another commented on the state of Brexit.

And yet another compared the runaway truck to the Cincinnati Bengals offense, which was blown out by the Pittsburgh Steelers on Monday. Keeping to the sports theme, Deadspin awarded the clip its "sports highlight of the day."

Even the president weighed in.

American thanked the ground worker who stopped the truck. The airline said that "safety is our top priority" and said it planned to investigate the incident.