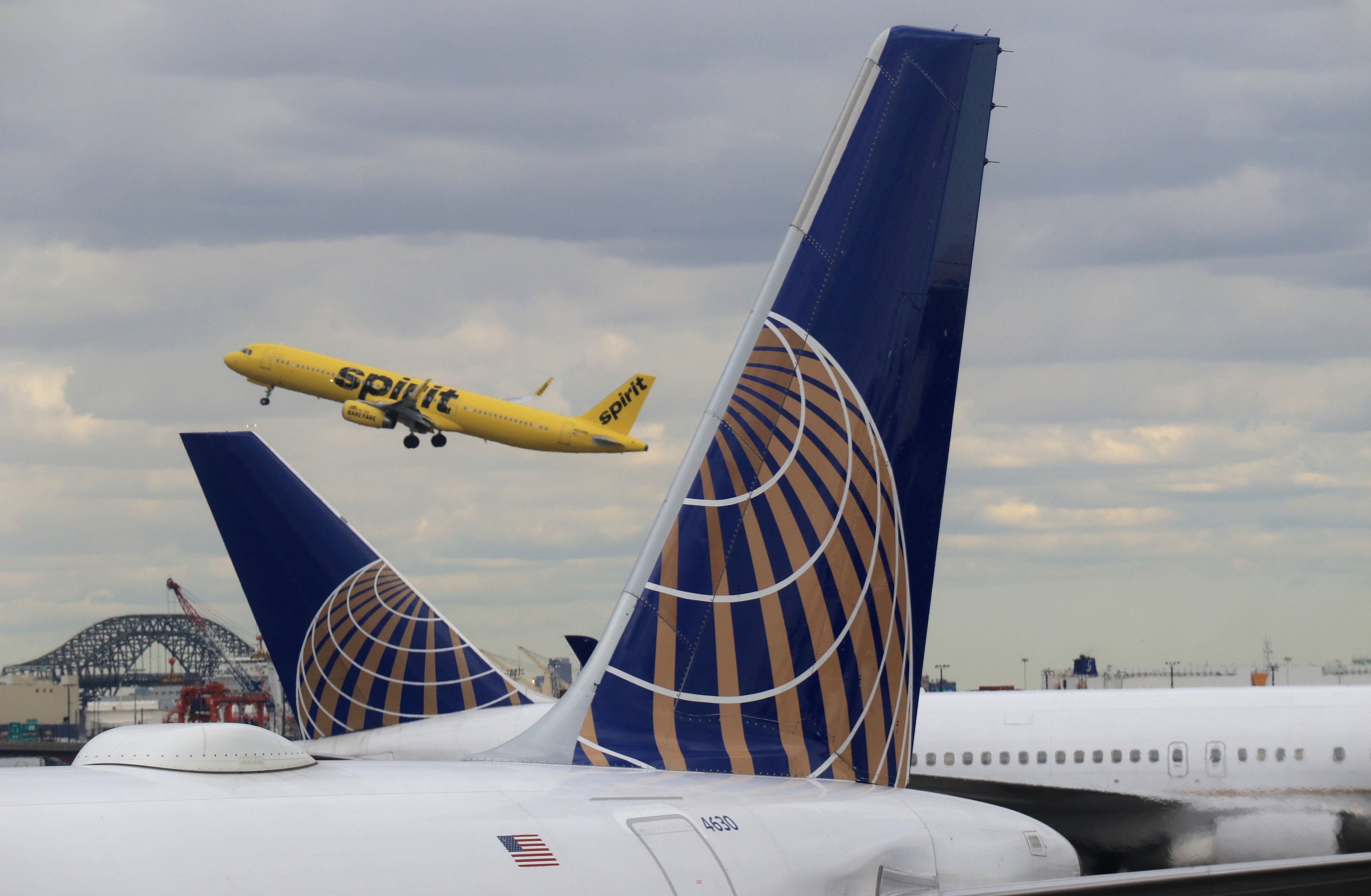 Spirit Airlines sues DOT for Southwest's flights at Newark
This post contains references to products from one or more of our advertisers. We may receive compensation when you click on links to those products. Terms apply to the offers listed on this page. For an explanation of our Advertising Policy, visit this page.

The suit stems from the DOT's decision on Oct. 2 to not reallocate the 16 landing and takeoff rights held by Dallas-based Southwest to other airlines. The regulator cites congestion at Newark airport (EWR) during peak periods for the decision.

South Florida-based Spirit called the decision "arbitrary and capricious, an abuse of discretion, and otherwise not in accordance with law," in the suit it filed with the U.S. District Court of Appeals for the District of Columbia on Nov. 25. It has asked the court to review the move with an aim to gain increased access to the New York-area airport by the peak summer 2020 travel season.

"The [DOT]’s decision to retire the landing rights previously operated by Southwest Airlines, will mean that United Airlines holds nearly 80 percent of the authorizations at one of the busiest airports in the country," said Spirit spokesman Erik Hofmeyer. "The need for this competitive counterweight still exists today."

The DOT caps the number of movements — or one takeoff or landing — at 79 per hour at Newark, which it deems "schedule facilitated" rather than slot controlled. However, this means it is supposed to must work with carriers to accommodate their schedules across the day, and may ask an airline to move a flight out of a peak time period in order to keep operations within the hourly cap.

A schedule-facilitated set up is supposed to provide the flexibility to allow for new competition at an airport. It is not supposed to block smaller airlines from growing -- or taking over another carrier's flights, in the case of Newark.

For comparison, a slot-controlled airport has a set number of slots, or takeoff or landing movements, that airlines hold as assets that they can use, sell or trade among themselves. Newark's peers John F. Kennedy (JFK) and LaGuardia (LGA) airports both have slots.

Related: Why slots are no longer an obstacle for airlines expanding to Newark

Newark was slot controlled until 2017, when the DOT downgraded it to a schedule-facilitated airport.

Southwest acquired their 16 daily flights at Newark through the merger of United Airlines and Continental Airlines in 2010, when the airport was slot controlled. The merging carriers gave up the slots in order to allow new competition into the airport.

United operates a large hub, and its main European gateway, at Newark.

In September, Spirit CEO Ted Christie told TPG that the carrier would "would love to get larger" in New York, when asked about Southwest's Newark flights. To date, the airline has announced new service between Newark and Austin (AUS), Nashville (BNA) and San Juan (SJU) in 2020.

The appeals court has set a Jan. 2 deadline for the first replies and motions in Spirit's suit against the DOT.