Articles
Michael Y. Park is a senior contributing editor who’s written for The New York Times, Reuters, Bon Appetit and others. For TPG, he’s written about Air Force One, immigration and security, airline food and more.
Follow
May 15, 2018
•
5 min read 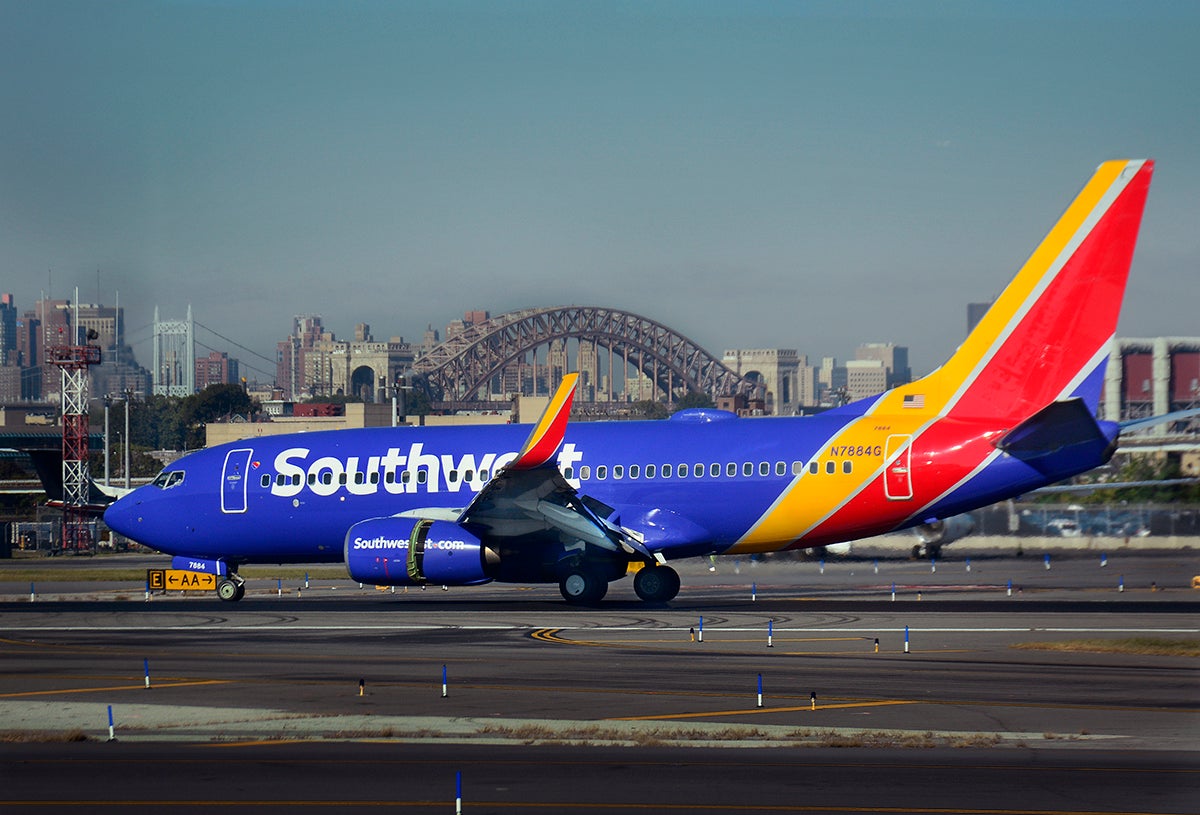 Southwest's Spate of Safety Issues Raises Concerns, Experts Say
This post contains references to products from one or more of our advertisers. We may receive compensation when you click on links to those products. Terms apply to the offers listed on this page. For an explanation of our Advertising Policy, visit this page.

With three safety-related incidents making national news since ill-fated Flight 1380 saw the first passenger death in the US in nine years, Southwest Airlines should be taking a long, hard look at how it conducts its maintenance, experts said.

In the month since the failure of an engine fan blade resulted in the death of a passenger, the Dallas-based carrier has seen one plane forced to divert because of a cracked windshield, another hit by a ground crew's truck while on the tarmac at Baltimore (BWI) and a third that made an emergency landing in Dallas (DAL) over the weekend after it lost cabin pressure.

"The crew of Flight 861 traveling from Denver to Dallas Saturday night radioed ahead for paramedics to meet the aircraft after a pressurization issue in flight," a Southwest spokeswoman said in an email. "Following an uneventful landing, initial reports indicate four of the 120 customers onboard requested a check from paramedics to assess ear pain. All of the customers were ending their journey with us in Dallas, as was the aircraft, which underwent a maintenance review."

Mike Rioux, chief operating officer of JDA Aviation Technology Solutions, a flight-safety consulting firm, said the latest incident has changed his mind about whether there may be a problem at the airline.

"A week ago, I explained that we get these every day from airplanes around the world, that it happens frequently and they just don't make the news," he said in a phone interview. "But after this last one, if I were Southwest Airlines, I would certainly have a hard look at our safety culture and methodology to make sure we're addressing these issues and hazards."

But Mark Millam, vice president technical of the Flight Safety Foundation, said that it's likely Southwest's safety issues seem graver because of the heightened attention the airline and the industry as a whole are facing, both from the media and social-media users.

"The stuff that's hitting the news seems to be turning toward these incidents any time an aviation accident happens, there are these images that'll draw audiences," he said. "And now everyone can be a little bit of a reporter."

Southwest, and especially its maintenance wing, have been under fire ever since Flight 1380, with an Associated Press story touching off a debate about whether there's a pattern of lax or rushed safety standards at the airline.

Brenda Carr, a Florida-based aviation safety consultant, said the number of Southwest incidents so close together warrants further investigation, even if the carrier is suffering from increased scrutiny after the fatal accident in April.

"Certainly an accident like (Flight 1380) would draw attention to an air carrier," she said. "However, any increases in safety related incidences should be a call for further investigation by the airline and/or the FAA. Multiple depressurizations, or near depressurizations, need to be investigated to determine if these are isolated incidences or if there is a systemic problem with a maintenance program."

Carr stressed that it's far too early to tell whether there's a carrier-wide problem, but said that the point of risk management is to address potential issues before they become real catastrophes.

"We may not yet know why the windshield cracked, and we may not yet know know why there was a depressurization. The only way to find out is with further investigation," she said. "In any risk-management program, whether you're in aviation or the medical field or any other high-consequence operation, when you have an uptick in incidents, you have to find out whether it's a systemic problem or an isolated incident before knowing what action to take."

Rioux found it interesting that of the four incidents, three seemed to be mechanical and one — the accident with the truck — was clearly human error. But he said it's still too early to say what it could mean.

"It's a possible indicator that there's an issue within the safety culture there," he said. "If I were a safety officer or COO, I would have a sit-down and say, 'This is not like Southwest, so what are we doing here?'"

Millam, who, like the others, emphasized that he doesn't have enough information yet to assess how serious the problem is, or if one exists, said he doubts the federal government needs to get involved at this point.

"I would expect that the airline's doing a safety investigation on each one of those events to make sure they get the full story of what's going on, so I don't know if there's need for a full-fledged NTSB (National Transportation Safety Board) investigation," he said.

Somewhat paradoxically, Southwest's problems may in fact stand out more because the airline and modern aviation are both so safe, he said.

"We're seeing more and more of them these days, and I think that's due to the fact that there haven't been many safety accidents or fatal events," he said.

Our points-obsessed staff uses a plethora of credit cards on a daily basis. If anyone on our team wouldn’t recommend it to a friend or a family member, we wouldn’t recommend it on The Points Guy either. Our opinions are our own, and have not been reviewed, approved, or endorsed by our advertising partners.
See all best card offers
Related stories
News
Hurry: Ride Lyft this month and earn 1,000 bonus Hilton Honors points
Deals
Deal alert: Winter USVI flights for as low as $224 or 13,000 SkyMiles
News
Air Canada adds 2 new routes to United hubs, with more likely to come
News
Chase cardholders: Check your eligibility to earn up to 10 bonus points per dollar in select categories