Articles
Katherine Fan is a former senior travel features reporter at The Points Guy who covered everything from personal finance to travel and aviation.
Oct. 19, 2018
•
4 min read 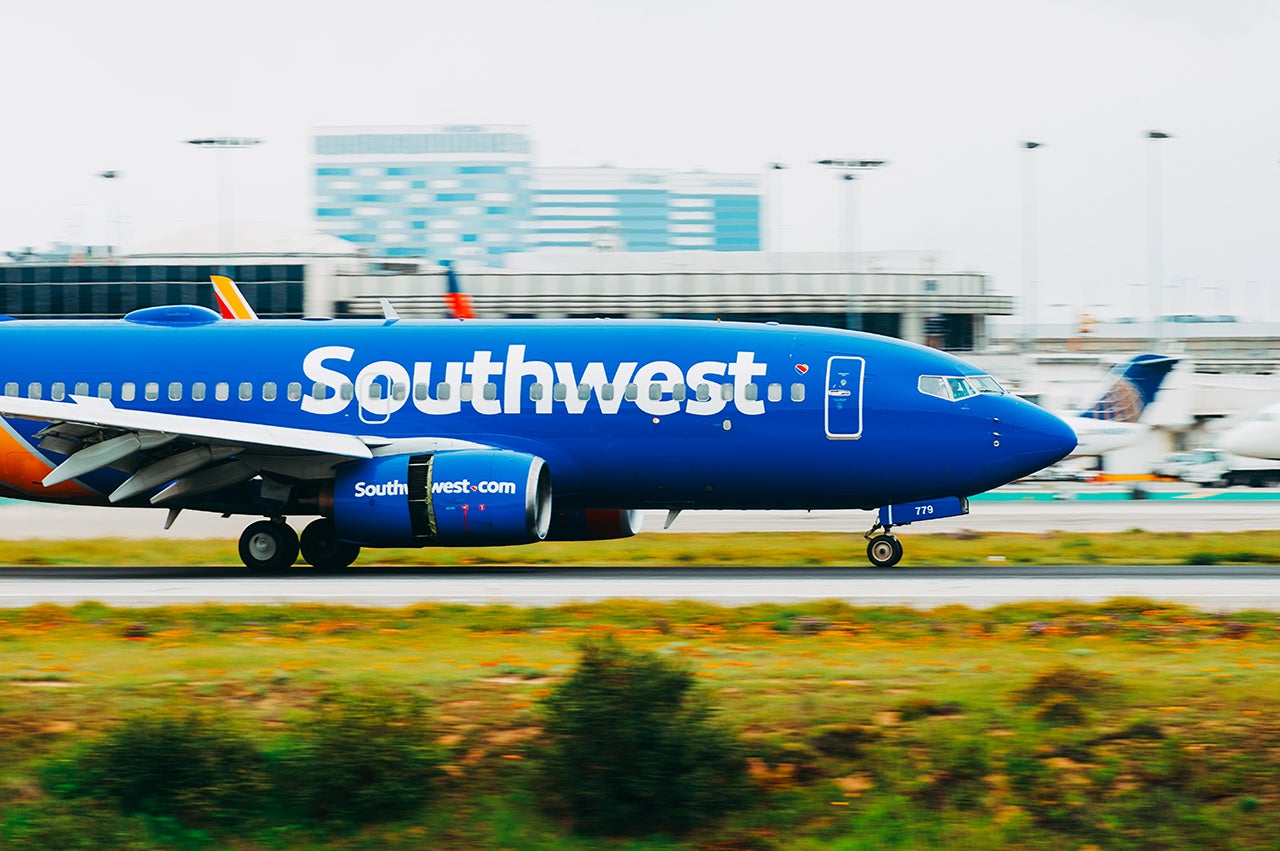 Southwest Flight Diverted After Traveler Assaults Seatmate
This post contains references to products from one or more of our advertisers. We may receive compensation when you click on links to those products. Terms apply to the offers listed on this page. For an explanation of our Advertising Policy, visit this page.

A Southwest flight had to divert to Albuquerque on Tuesday after a 29-year-old man repeatedly harassed a fellow traveler.

A criminal complaint was filed against Justin Riley Brafford for allegedly touching a seatmate repeatedly on her leg and with his feet, as well as pulling on her clothing and asking invasive personal questions. The complaint also states that Brafford grew "belligerent" when flight attendants moved the woman to a new seat, cursing and yelling at them to the point where the crew asked the pilot to divert to New Mexico to address the issue, and prepared restraints and blankets in case he became violent.

Brafford made an initial court appearance in New Mexico Wednesday for a felony count of flight crew interference, as well as a misdemeanor assault charge against the woman. He remains in federal custody.

The criminal complaint documents state that Brafford chose a middle seat Tuesday after boarding Southwest Flight 859 from Los Angeles to Dallas. As the plane prepared for takeoff, Brafford began putting his arm on the leg of the woman seated in the aisle seat and "playing footsies" with her. The woman told authorities that she leaned away and tried to ignore him, but the harassment escalated as the flight progressed. After she asked him to stop kicking her, he tugged on her sweater and began asking for her name, where she lived and if she was staying alone in a hotel in Dallas. He whispered "don't [expletive] with me" into her ear, she said, after she declined to go on a date with him. Brafford sat so closely to the woman that a flight attendant assumed they were a couple based on his actions, according to the complaint.

The woman flagged down a flight attendant for help, asking if she could move to another seat. The crew member helped retrieve her belongings and brought her a drink later, only to find her crying because Brafford had come by her new seat and confronted her again, according to The Dallas Morning News. When the flight attendant spoke with Brafford, he "went from zero to sixty in nanoseconds," according to the criminal complaint, leading the crew member to question if he was under the influence of behavior-altering drugs since his behavior wasn't "like a normal person."

The flight attendant spoke with the pilot, who decided to divert to Albuquerque (ABQ). Although the crew prepared blankets and restraints in case Brafford presented additional trouble, the flight landed smoothly and he was taken into custody by law enforcement upon landing. The flight and two others were delayed for 90 minutes, resulting in a number of passengers missing connecting flights.

Brafford told authorities that he had taken methamphetamines the day before the flight and overdosed on heroin last Saturday, and also told the FBI agent that God had been talking to him during the flight. Brafford stated that he and the woman had watched videos together on her computer, which he interpreted as her flirting with him. He also said that he could have misread the situation, according to the complaint. If convicted of the charges, Brafford could face up to a year in prison and a $100,000 fine for the assault misdemeanor charge, and up to 20 years in federal prison as well as a $250,000 fine for interfering with the flight crew.

Southwest released a statement saying, "The safety and comfort of everyone on board every operating aircraft is our highest concern." This is the airline's second sexual assault complaint in less than one month, and just the latest in a slew of harassment and assault complaints across airlines this year. In June, the FBI stated that reports of midflight sexual assault are spiking at “an alarming rate” of 66% between 2014 to 2017, although the agency “isn’t sure why.” Convictions for assault carry heavy penalties: One man is facing a possible life sentence for assaulting a fellow passenger on a Spirit flight earlier this year.

Related stories
Legislation that could gut credit card rewards set to move through Congress
Would you stay at 1 of these 8 haunted hotels this Halloween?
Southwest winter flash sale: Get one-way flights for as low as $29
You can currently buy points and miles with up to a 100% bonus — but should you?
Featured image by (Photo by Angel DiBilio / Shutterstock)